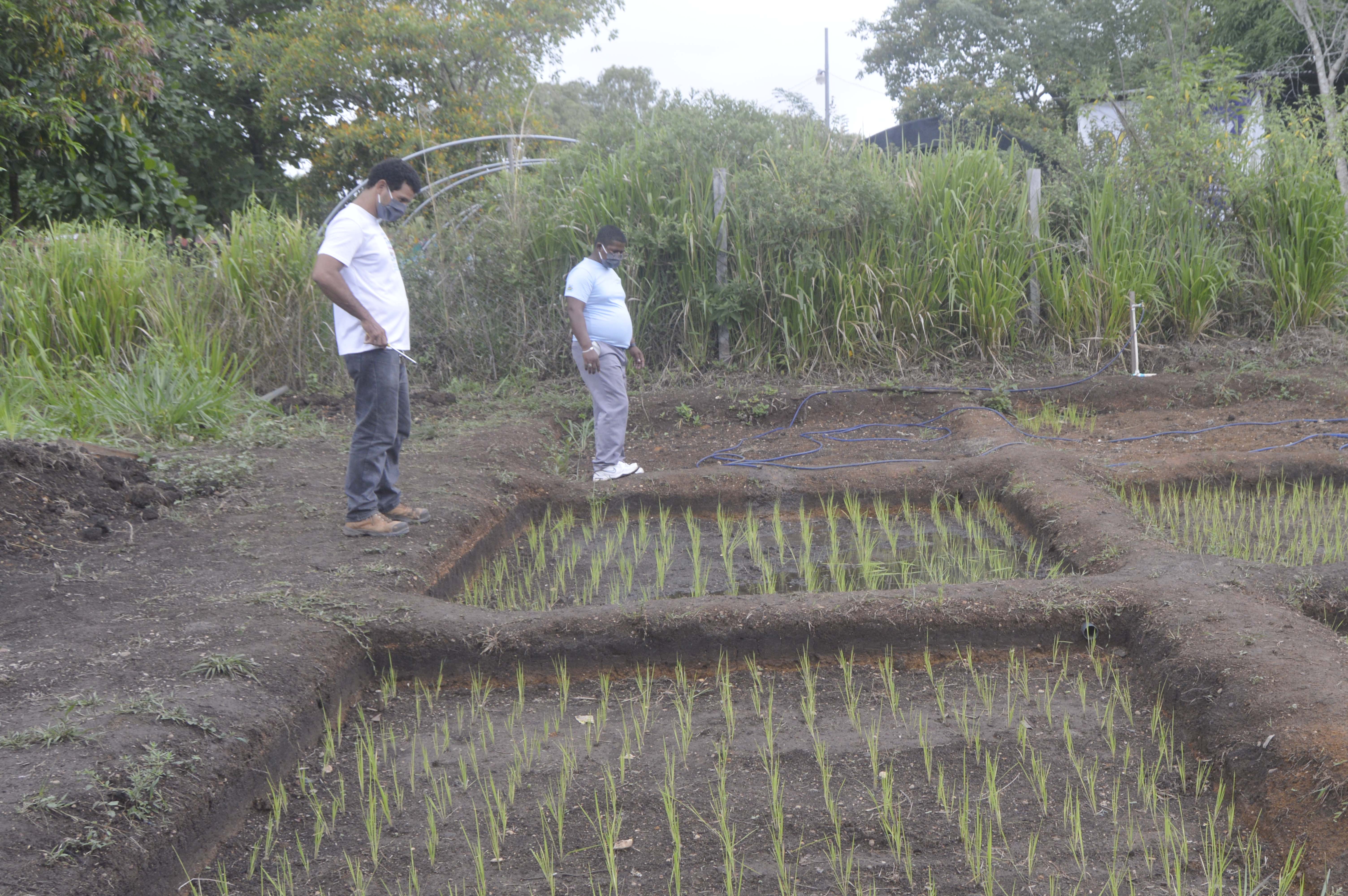 Agroforestry Engineering students during fieldwork, where they are experimenting with two varieties of rice.

Analysis of the variety of rice harvested in swampy areas

Students of the III year of Agroforestry Engineering of URACCAN in the Bilwi enclosure, conduct rice breeding experiments in areas that easily flood in winter season, as part of the fulfillment of the experimental design subject, taught by the teacher Yader Galo Sacasa.

The Noé Guadamuz master's degree, coordinator of the area of Science, Technology and Environment, stated that through this subject students, from the third year of their career, learn to do agricultural trials, this is also done, "to create and innovate new production technologies that at some point can be shared with communities and help improve their production systems".

These experiments are also conducted according to the realities of the communities and contexts of the peoples of the Autonomous Regions of the North Caribbean Coast, according to "the types of soils in the region", said Guadamuz.

Alternatives that will benefit communities in the region

For his part, the student Mario Esteban Palmer Rosales stated that the main objective of performing these experiments is to do an analysis of rice variance, which on this occasion is being used the Inta Dorado and the so-known as Dwarf. It should be mentioned that this began two months ago, but so far the transplant to the earth prepared for its growth was done.

"We call it the "aandebas" method to do a practice, to consider with respect to two treatments, which are: the Golden Inta and the Dwarf, there we will analyze what is the performance factor and the quality of development in fangueo," the student explained.

With regard to the period of the experiment, work has been done using preparation techniques. "First we had to mask, more than 42 days passed in the warehouse, and after that, we do the transplant here (the prepared land)," Palmer said.

It is important to mention that, in some territories of the municipality of Puerto Cabezas, communities during the winter suffer floods, so from URACCAN alternatives are being sought for communities to improve their productive systems in these rainy seasons, in addition to the crisis caused by this pandemic (COVID-19), families must seek their own ways of life.

"We as students of Agroforestry Engineering have considered these studies to be very important, because in communities we have very flooded areas, for example, in the Plains, near the houses where people are living, so through this study we can agree with people to do some planting near their homes," Mario Palmer emphasized.
Tags
URACCAN Bilwi
ARROZ
Ingeniería Agroforestal
Previous
Next
sfy39587stp16