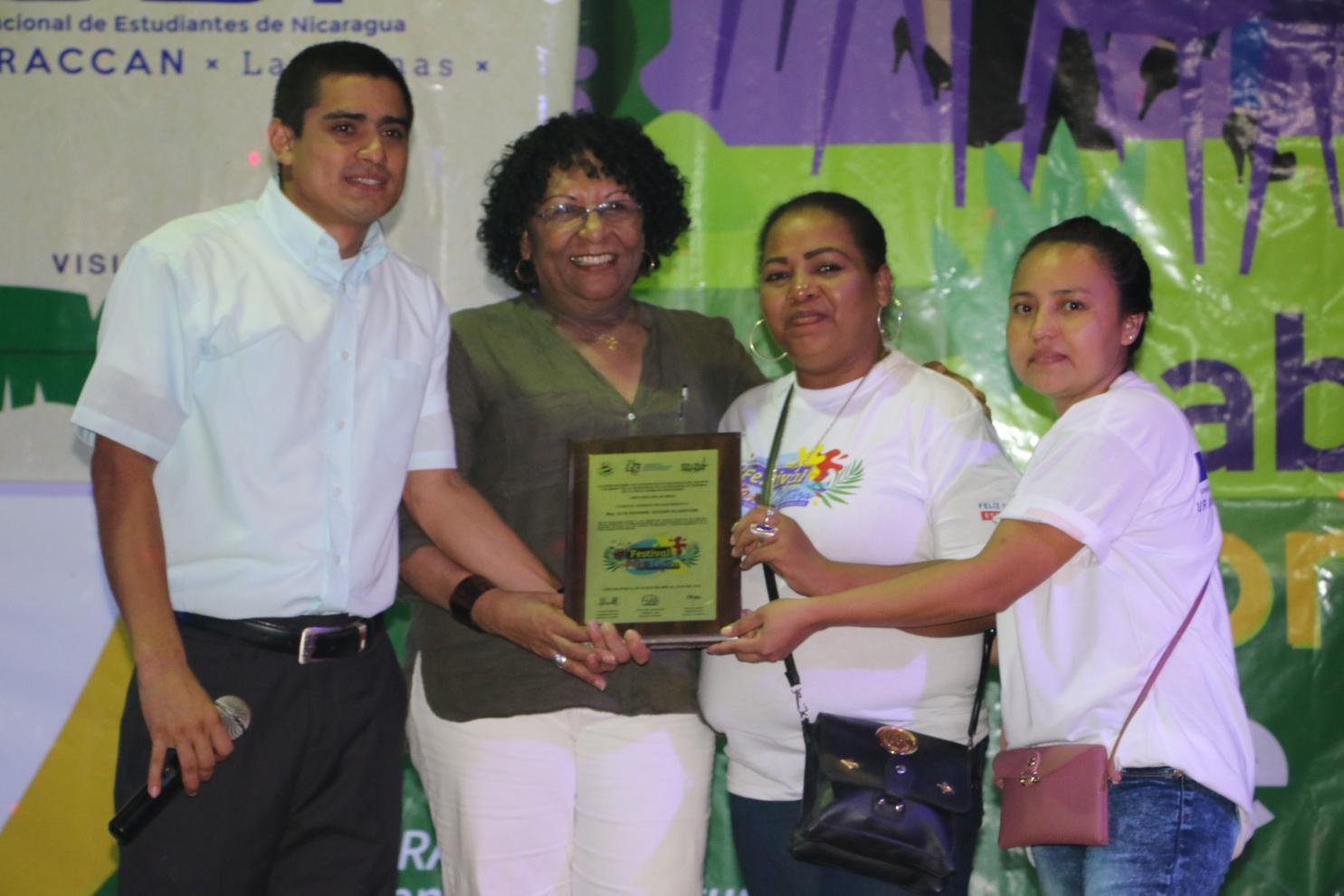 This Tuesday, July 23rd, the Second Festival of Art and Culture was held organized by the student leadership of UNEN-Las Minas, where the talent, rascality and cultural waste that our peoples have, from the study of URACCAN, of all the venues and of course with the special participation of the delegation of the National University of Engineering.

In this sense, the National Union of Students of Nicaragua, from the Las Minas campus of the University of the Autonomous Regions of the Nicaraguan Caribbean Coast, gave recognition to the magnificent rector of URACCAN, Alta Suzzanne Hooker Blandford, for her invaluable contribution to the different artistic groups of URACCAN, thus strengthening the integral training of students and the rescue of the cultural identity of the indigenous and Afro-descendant peoples of the Nicaraguan Caribbean Coast.

Contributions to URACCAN and the Caribbean Coast

This recognition demonstrates the harmonious relationship between the student community and the leadership of the First Intercultural Community University, which this year celebrates its 25th anniversary, weaving interculturality with peoples.

Rector Hooker has worked hand in hand with everyone, demonstrating that affection, commitment and love towards the promotion of the rights of indigenous, Afro-descendant and mixed-race peoples on Nicaragua's Caribbean Coast, through higher education with relevance.

For URACCAN and its university community, it is important to recognize the work done by rectory, in the promotion of art, culture, and in the opening of spaces, projects and programs that strengthen good practices and involve the promotion of good living, living well, with an intercultural perspective of gender and in harmony with Mother Earth, URACCAN, 25 years Weaving Interculturality with Peoples.