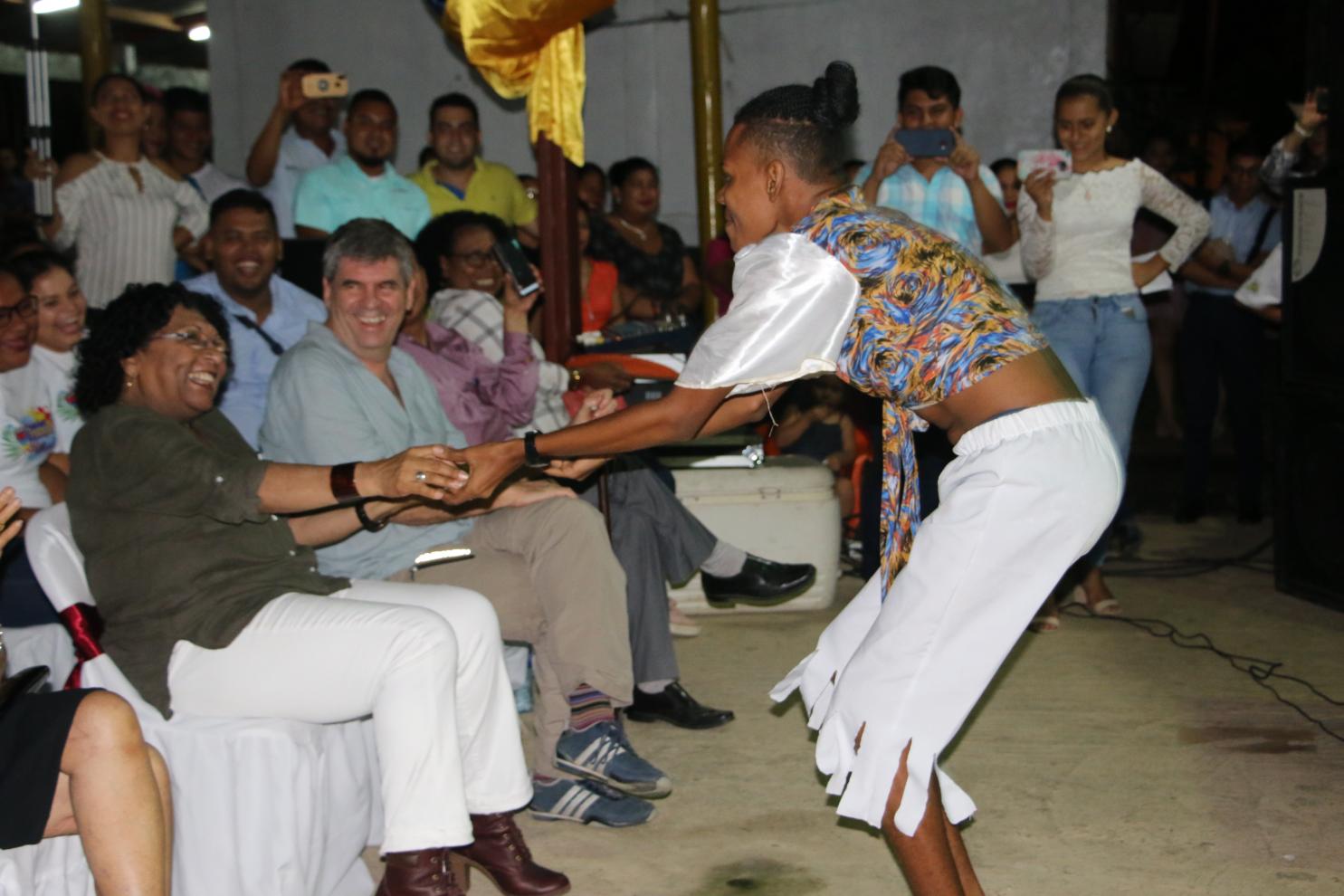 As part of the celebration of the 25 years of the University of the Autonomous Regions of the Nicaraguan Caribbean Coast, the student leadership of URACCAN Las Minas organized the Second Festival of Art and Culture, where the cultural expressions, customs and traditions typical of our indigenous peoples, Afro-descendants and half-breeds of the Caribbean Coast, are reflected in each of the dances , poetry, songs and expressions that took over the stage, in the open auditorium "Mama Cheya", in Siuna.

According to Deyling Torres, student leader of the Las Minas campus, holding this second festival means an impulse to continue to energize the institutional philosophy of URACCAN, promoting spaces to strengthen art and culture, which are essential for students who are professionalized in this alma mater, to obtain full knowledge of intercultural exchanges. 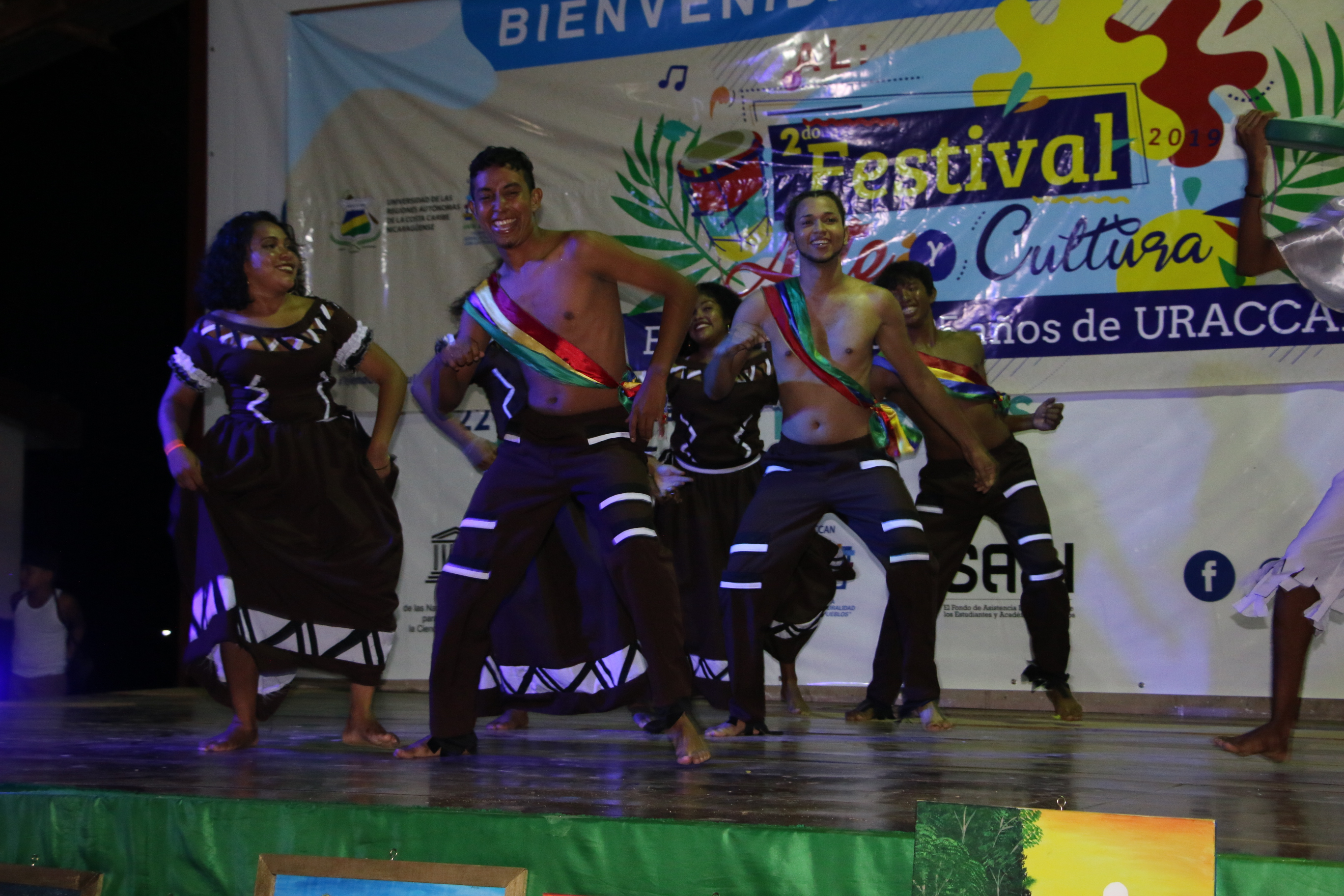 For his part, Axel Molina, culture promoter of the Bluefields Dance Group, said that presenting his dances demonstrates a purely intercultural exchange, because from his movements they tell stories typical of the Garifuna peoples, Creoles, misquitos, half-breeds, among others, "what brings us together is this, which is part of interculturality, that we find through art and dance" Molina said.

Oscar López, representative of the Tonahualt Dance Group, of UNEN Las Minas, emphasized that participating in this magnificent event is a privilege and also valued positively the effort that UNEN has made to stage so much cultural waste; His dances featured dances with modern touches (tango, ballads and lambada), music typical of the region and finally closed with Nicaraguan folklore.

Among the cultural diversity shown at this festival is the participation of national universities such as the National University of Engineering (UNI), which to the rhythm of dances indigenous to the mixed-race peoples made the stage vibrate; Cleopatra Morales, a culture promoter at UNI, suggested that Caribbean peoples use such spaces to promote their own culture, that Western dances be set aside because globalizing culture "makes our identities deny, shame us, we must identify our cultures," Morales said. 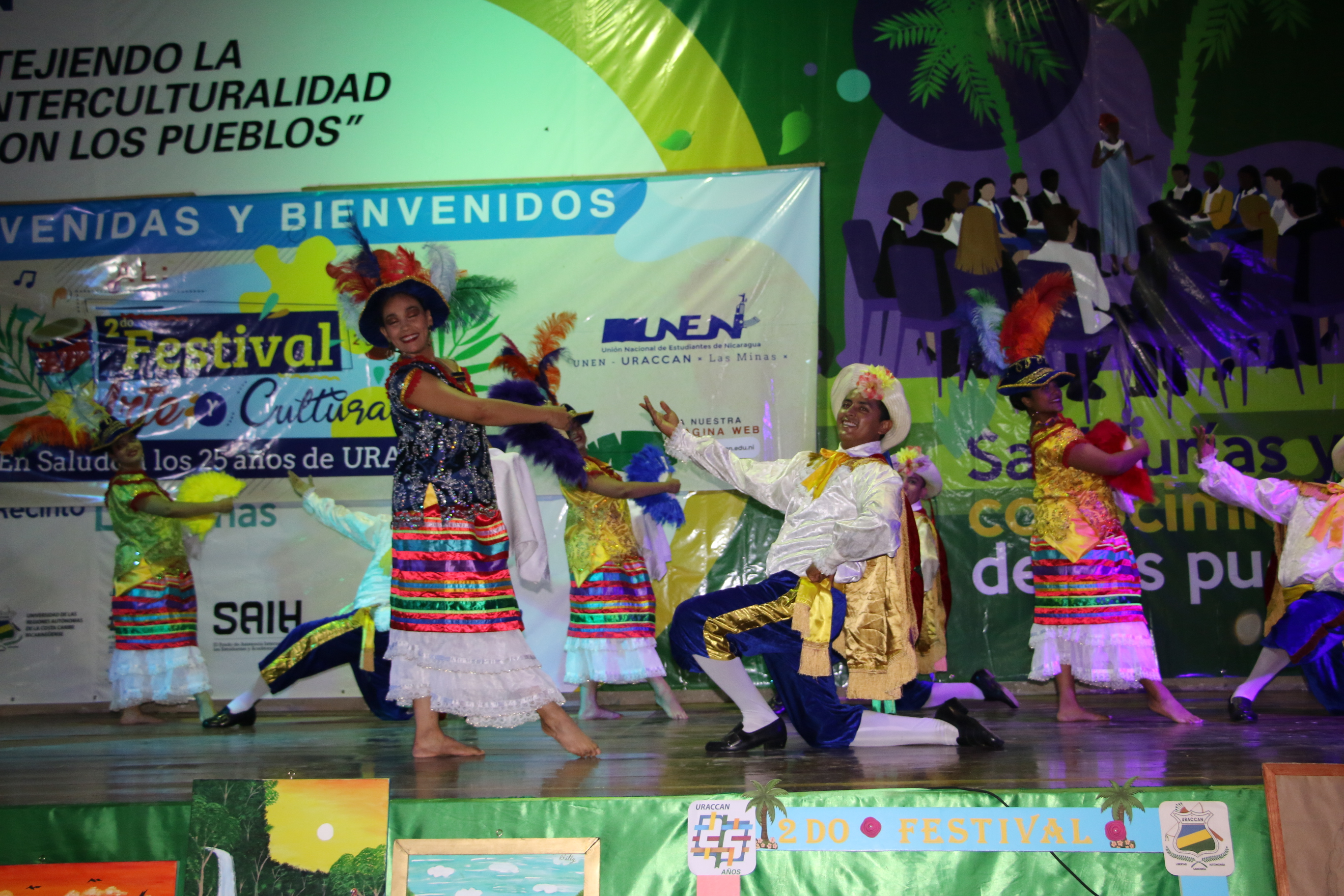 For the Rositeña representation of the dance group called "Kupia Kumi or Un Solo Corazón", being able to dance the misquitas music demonstrates its own roots, Johana Liseth Altamirano Rostrán, representative of the group said that "it is a pride as an extension because it is the first time they are participating", in addition to implementing the approach of interculturality that mandata the URACCAN.

In the third part of the Second Festival of Art and Culture were presented dances of the delegations of the National University of Engineering (UNI), URACCAN Dance of Bluefields, Bonanza, Rosita, Waslala and, of course, the host, Siuna.