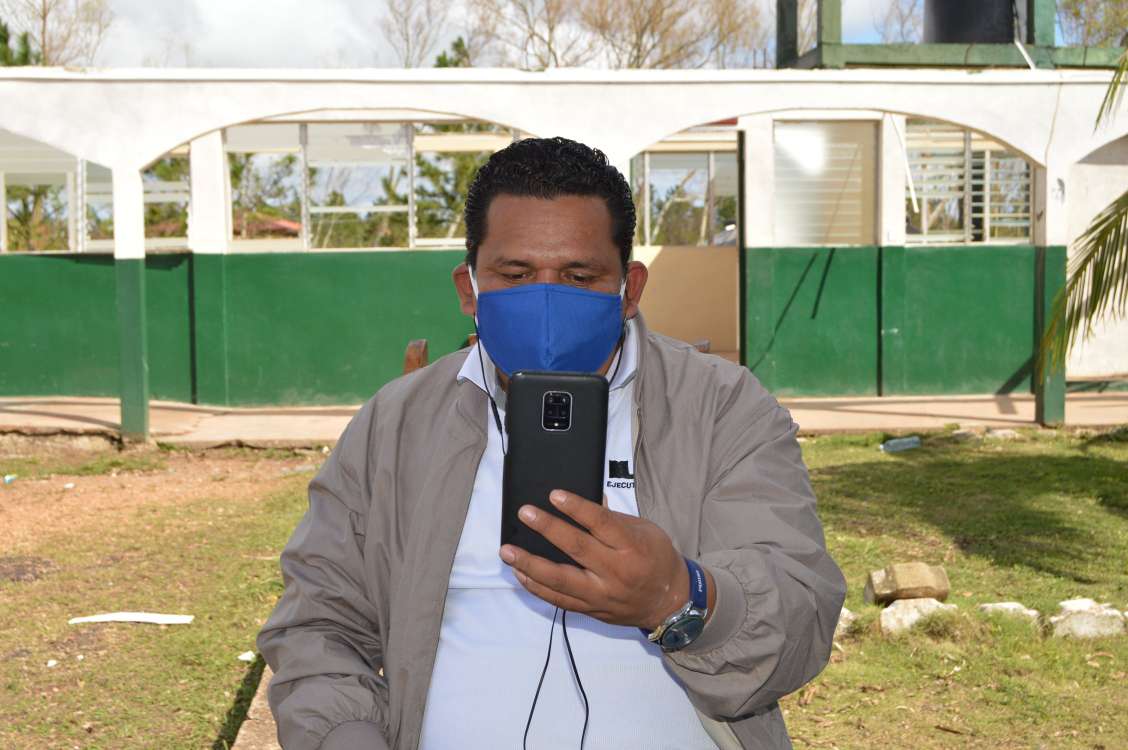 Through the Zoom digital platform, URACCAN student representative Rubel Chamorro participated in a national conference in the redvolution Radio media, where he showed how the university area is following the passage of the two devastating hurricanes, ETA and IOTA, and what URACCAN's role has been in supporting and solidarity with families housed in the Bilwi compound.

To the journalists of this information medium, Chamorro took a tour of the infrastructure of the university campus, so that the population that followed them through the Social Network Facebook knew the state of the damage caused by Hurricane IOTA to the facilities of the Bilwi campus. In addition, he told how from the authorities of URACCAN, families from the communities of Wawa Bar and Karatá were given support, both psychologically and food and accommodation, who on the morning of This Tuesday were transferred by members of the Nicaraguan Army to their homes.

"For the past six months we have been articulating work with this means of communication. Today the conference with Redvolution is because they wanted to see our reality, if we as a university had community houses, also wanted to know how their context is, what space or what were the tools that those relatives had to support themselves in college," Chamorro said.

Another important topic addressed by the student representative at the URACCAN level is that members of the Student Movement of the four campuses of the First Intercultural Community University in Latin America are providing a social volunteer service to help families in various communities that were affected by the passage of the two powerful hurricanes on Nicaragua's North Caribbean Coast.

"Right now we are supporting the cleanliness of our university, because we need it, our university has suffered a lot of damage, so we are in a willingness as a Student Movement to support in building our study house, which is the most important in the Nicaraguan and Latin American Caribbean Coast," Rubel explained.

It should be mentioned that members of the Bilwi Campus Student Movement contributed to the mobilization of the personal objects of the families that were housed in this university campus.