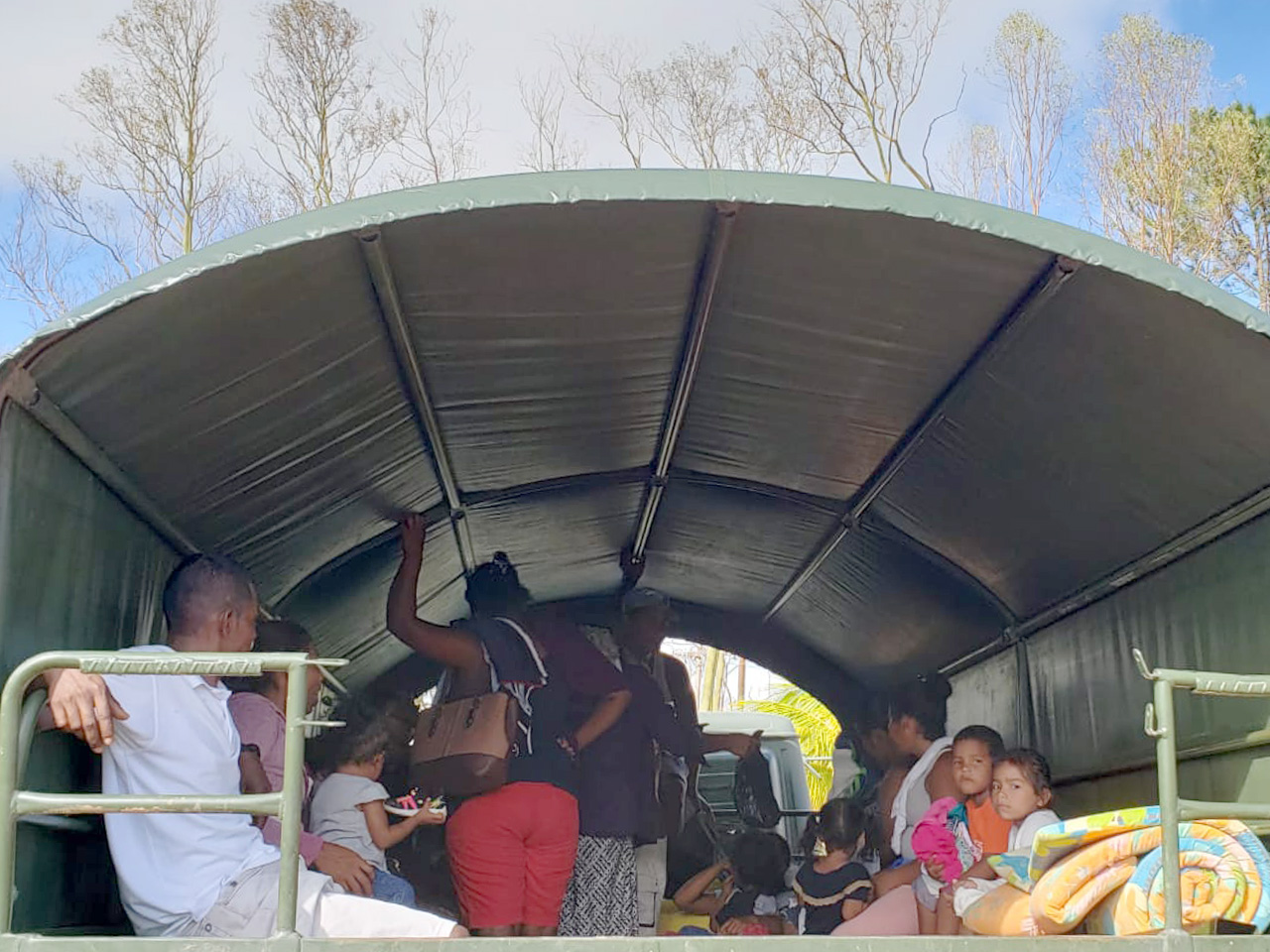 The youth of the URACCAN Student Movement helped families move belongings and other needs.

Resilience: a new development after trauma

This Tuesday, November 24, after ensuring that the conditions of shelter, food and drinking water exist, URACCAN, in conjunction with the Nicaraguan Army, moved the 402 people who were housed in the Bilwi compound to their home communities. These Caribbean families were evacuated from before the powerful hurricanes Eta and Iota reached the North Caribbean Coast, finding at this university everything necessary for their well-being.

As part of URACCAN's commitment to community intercultural accompaniment, teachers and members of the Student Movement supported affected families in the transfer process, helping them in everything they needed.

According to URACCAN Deputy General Vice-Chancellor MA. Yuri Zapata, most of the people who remained in the Bilwi compound shelter came from Wawa Bar and Karatá, and were moved "until today that the government is ensuring a return to their communities, through the Army's Humanitarian Rescue Unit."

Historically, indigenous peoples and ethnic communities on the Caribbean Coast have been an example of resilience and courage, as, in addition to inhabiting a geographically vulnerable area, they are constantly struggling to preserve their knowledge, traditions, practices and ways of life.

In this sense, Master Zapata emphasized that the return to his land represents an opportunity and need to "restore and restart his community life, where they show their resilience. These women, men, girls and boys, who were in our university campus, returned grateful that URACCAN has given them the opportunity to safeguard their lives and begin to rebuild a better future, of Good Living for their sons and daughters," concluded the vice-chancellor.
Tags
ETA
IOTA
Zapata
Movimiento Estudiantil
Previous
Next
sfy39587stp16