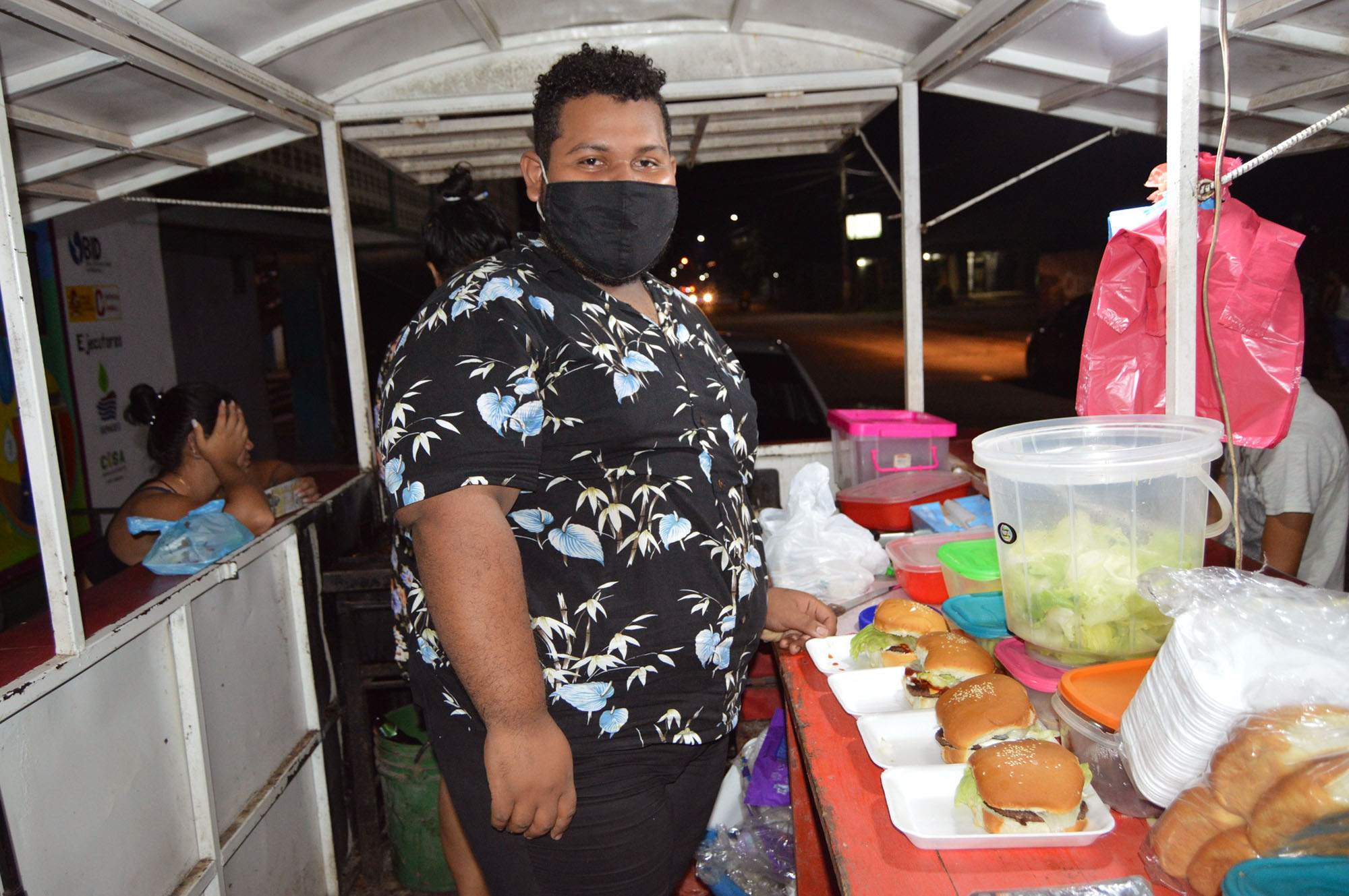 Darrel: "URACCAN is the best thing that ever happened to me."

A brief overview of Darrel Patterson's entrepreneurial and student life

With pride and satisfaction, creole-born young man Darrel Patterson, just 24, has become a new successful entrepreneur in the city of Bilwi, Puerto Cabezas; after returning from his psychology classes at the Bilwi compound, he imposes itself behind the fast food cart to offer his gastronomic products, which have been greatly accepted by the town.

Darrell is a third-year student of the Bachelor of Psychology in Multicultural Contexts of URACCAN Bilwi campus, but from an early age has been passionate about eredurism and has fought for personal improvement. "My entrepreneurship process has begun over ten years (...) started with a product called 'fried wantang', popularly known as 'the birds', and now I'm working in this place, which is a fast food business," Patterson said.

In this position are offered products such as burgers, burritos, Mexican tacos, chilaquiles, nachos, hot dogs, fries, among others. In front of the Ferrera Dixon Sports Center, in the city of Bilwi, a large number of people can be seen arriving at the street cart facilities to taste the food prepared by Darrel's hands; they also have the free delivery service, a strategy that has managed to position through social networks, and which has generated the reception of numerous orders, detailed the young man.

"I can't complain, I've done very well, excellent," the young entrepreneur said with a huge smile, adding that sales have been a total success. "As I'm studying, I start opening from four in the afternoon until eleven, twelve o'clock at night, it's my work schedule," he shared.

Hand-sharing with families and friends

It happens, then, that, as the business has paid positive results, Darrel's family and friends have been involved supporting the young man, so that he can fulfill the countless orders that are made every night. "In this process I have been supported by my family, especially my mom, my dad, my brothers and my closest friends," he said.

Colly Patterson, of Creole origin, and Alfredo López, of the half-breed people were in charge of procreating Darrel, being the ones who instilled in him since childhood the value of self-improvement, "I have always liked to buy my own things, be independent (...), so I decide to start my own business," he said.

Since the age of 14 he began with the sale of birds, the career of trader, has not been an easy subject, has had ups and downs, especially in the economic part; "The interest started by seeing that the products were sold, but when I wanted to try it, I started with a background of 500 pesos (cordobas), what I did, was grab my phone and pawn it and so I started," he had an expression on his face of personal pride and delights in fulfilling one of his great dreams.

Plans for a promising future hand in hand with URACCAN

Asked what the experience has been like as a student of the First Intercultural Community University in Latin America, with a beautiful genuine and sincere smile, the young man replied that, "URACCAN has been for me the best that has ever come to life", this phrase has enormous significance, it turns out that because it is part of the Student Movement of the campus and in addition to the Creole people Darrel has been a participant in events of regional, national and international magnitude that were promoted at the time by the university.

He is currently focused on creating a micro-enterprise, so he applied to URACCAN's Slilma Intercultural Community Innovation Center to join the new entrepreneurs financing program. Because for him, being part of this house of intercultural higher education, has been one of the best experiences lived, the young man said.

In this sense, it is understood that, in 26 years, URACCAN has managed to fulfill its institutional philosophical processes, creating professionals with attitudes of entrepreneurship and innovation has been as the fundamental pillar for the creation of promising futures in the student community.