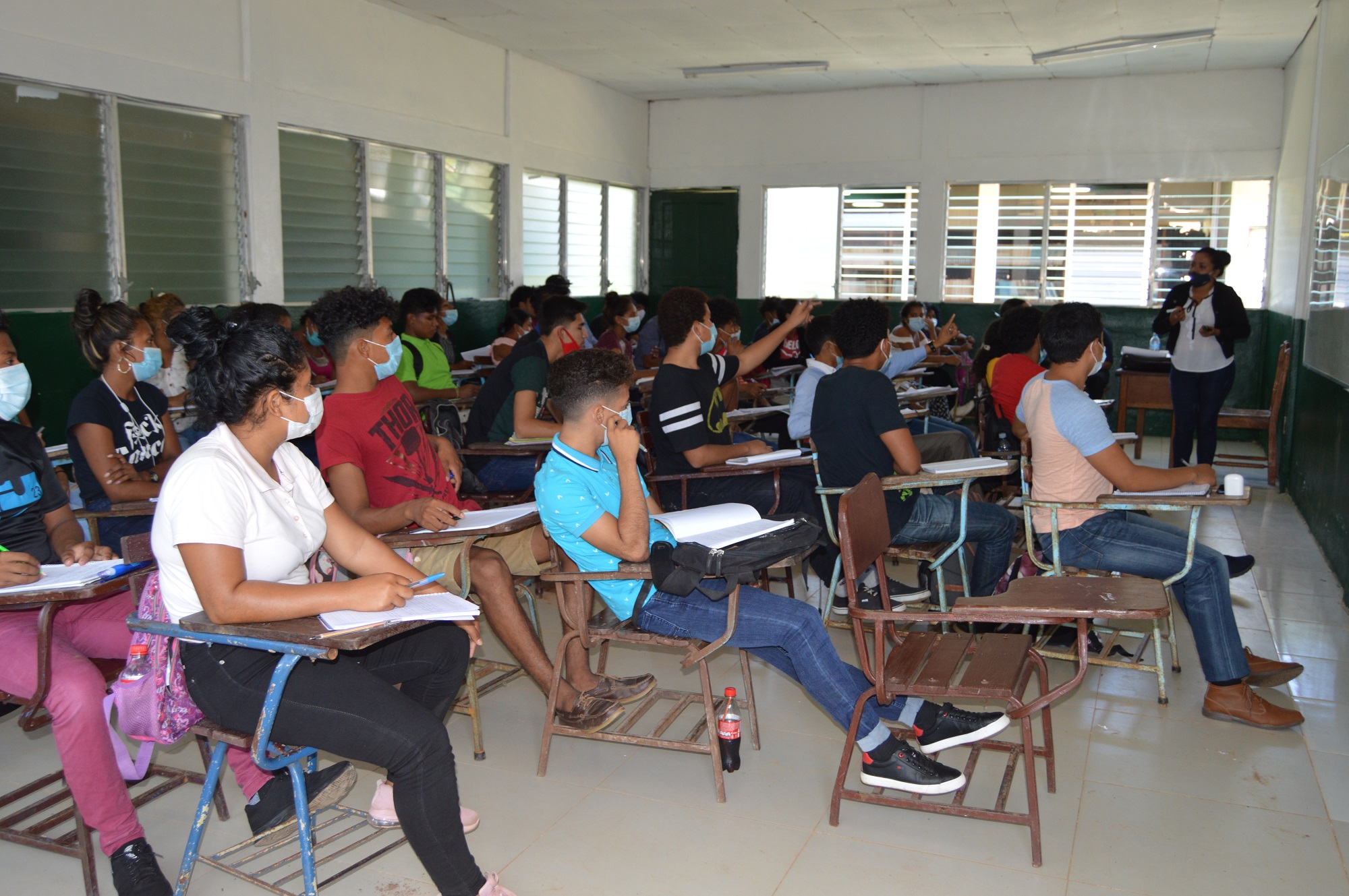 In order to strengthen the knowledge of secondary school graduates, URACCAN has implemented learning processes from the propedeutic courses, being a fundamental requirement to be part of the university family of this alma mater, that is why in the Bilwi campus the contestants to the races of this school year 2021, concluded this course with the module : Mathematics for life.

According to the teacher Silvio Petters, professor of Mathematics, the main objective of facilitating this module is that the student has greater knowledge in arithmetic, "in the subjects of whole numbers, fractions, units of measures, scientific endowment, these contents, we consider, are important in the university, so students will strengthen their knowledge in order to enter a common semester with a stronger knowledge" , explained the teacher.

It is important to note that, from the classrooms, each teacher promotes different pedagogical methodologies, among which the most note is the combination of learning in the languages of the Autonomous Regions, in the specific case of the Bilwi enclosure, it has been implemented to practice mathematics in both Spanish and miskitus.

In addition, Petters adds that, each of the elements that promote effectiveness in learning is taken into account, that implies "that part of miskitus students feeling identified with the university, we (teachers) practice with dynamics so that they can count and in that way we are motivating them", emphasized.

For her part, the student Sandra Sierra, aspiring career in Psychology in Multicultural Contexts, said that during the three weeks of the propedeutic course she has had the opportunity to interact with students from the Pacific and other peoples who also compete to be part of the URACCAN, "there are different cultures and we have lived with colleagues, in the sense that others want to learn from each other; we share a little bit of each culture," he said.

Like course, Carlos Dublón, an aspirant for the career of Intercultural Medicine, said that he chose to study at URACCAN for the diversity of cultures, "because it is intercultural", he said, adding that, "all the teachers have been very good, they have been understandable in every class they have given us," he said.

URACCAN implements its own teaching methodologies

In addition, in order to respond to the educational needs of the Nicaraguan Caribbean Coast, since last year, URACCAN began the process of producing its own books, taking into account that the context of the regions is diverse, which involves creating methodologies and academic practices for the student to appropriate and quality intercultural education.

"URACCAN has taken a very important step, as it is publishing books, which will be used in learning processes," said Teacher Elebe Williams, Coordinator of the Humanities, Legal and Social Sciences area.

Among the published books are: Mathematics for Life and the Basic Text of Oral and Written Communication, used in the propedeutic course, in addition Basic Mathematics, Applied Mathematics and Statistics applied to scientific research, which will be used in each classroom and are located in the libraries of the four enclosures and four extensions of URACCAN.