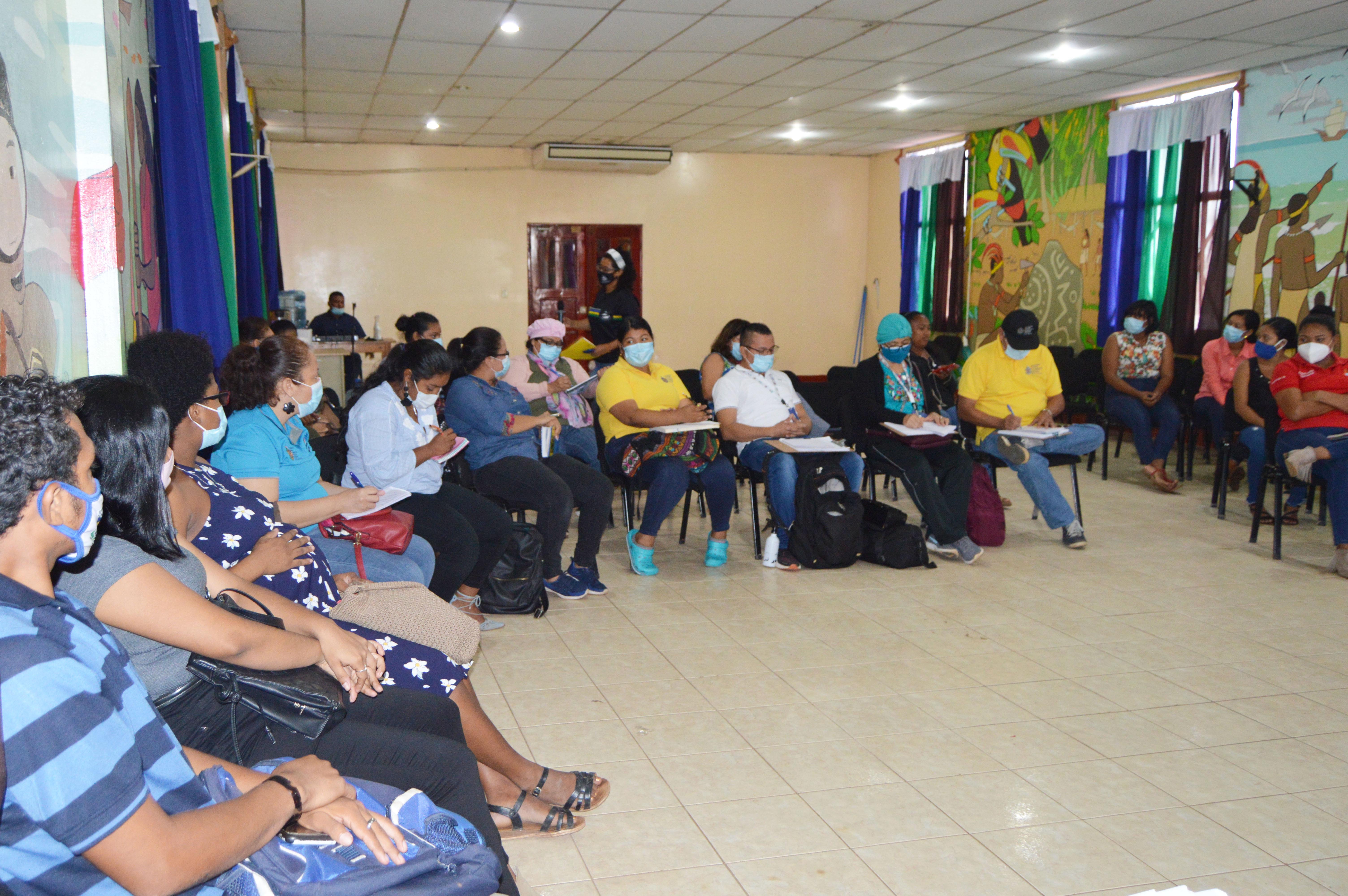 Teachers from URACCAN, brigade of psychologists and psychiatrists from UNAN-Managua and the regional and municipal Psychosocial Commission held an exchange of knowledge and experiences in psychosocial care to learn about each of the practices they carry out from their work areas. This activity was carried out in the auditorium of the Autonomous Regional Government of the North Caribbean Coast (GRACCN).

The Licda. Teisey Allen, professor of Psychology in Multicultural Contexts at URACCAN Bilwi Campus, explained that the main idea of conducting such dialogues is to define some methodologies of evolution in psychosocial work, which strengthen institutions, work areas and help people who are still in shelters.

"We feel that from URACCAN this is part of our work, because we must go further, and expect people to become more interested in mental health, from the moment that UNAN-Managua supported us with this brigade has been a very good way to promote the issue of mental health and motivate colleagues from different institutions , strata, areas, to be interested in this issue and looking for ways to intervene in it," Allen said.

While the Licda. Dacia Malespín, delegate of the Ministry of the Family in Puerto Cabezas, thanked the university for creating these spaces of sharing knowledge; He also called the exchange a moment of learning and growth, "we will be able to share all the experiences we live in post-strong hurricane events, which attacked the Caribbean Coast," he said.

In addition, Malespín said that as a Psychosocial Commission they have been directly caring for families still housed in the city of Bilwi. "These are three large hostels, three large communities, which were completely devastated, we have had to work with them, before the event, in understanding, in knowing how to communicate with them, in keeping with them the right message, without hurting their ways of life, because it has been difficult," he explained.

Finally, the Licdo. Leslie Torres, representative of the UNAN-Managua brigade, pointed out that as a university delegation they maintain as expectations to strengthen psychosocial care strategies "both for us, and it is to learn from techniques, to learn from actions, carried out here by fellow psychologists, also others from various professions, who have been involved for psychosocial care, because people who have suffered and suffer from the consequences , not only enough of your basic needs, in food and health, but also to attend to your emotional state, your spirituality, and from that we are learning," the specialist concluded.
Tags
URACCAN Bilwi
UNAN-Managua
GRACCN
Previous
Next
sfy39587stp16