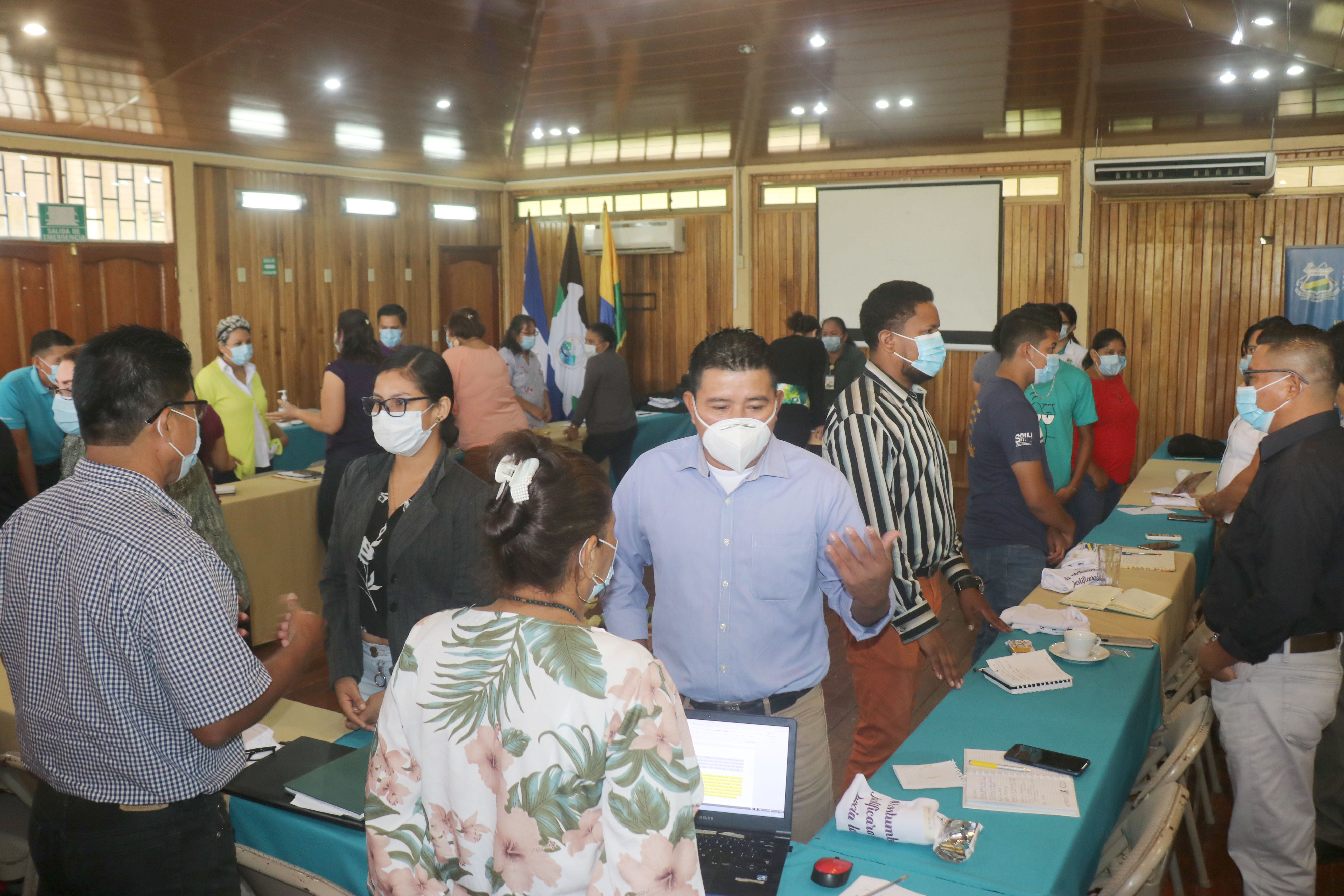 These commissions are made up of teachers, students and administrators of URACCAN, with the accompaniment of THEC.

"No custom, no culture justify violence towards women"

Members of the Commissions for the Eradication of Violence, Discrimination and Other Related Intolerance of URACCAN Las Minas, as well as their university extensions of Waslala, Rosita and Bonanza, are gathered on the Siuna campus to strengthen their work in the territories, as released by Dr. Jacoba Dávila Molina, coordinator of the Center for Multi-Ethnic Women's Studies and Information (CEIMM).

This important meeting is held thanks to the unconditional support of the Norwegian International Student and Academic Assistance Fund (SAIH) and was called "Territorial Day Against Gender Discrimination and Violence", under the slogan "No custom, no culture justify violence against women".

This activity, which began on December 01 and will end on December 03 of the same month, involves members of the territory's commissions and the authorities of the extensions, academic secretaries and coordinators of the different areas of URACCAN.

Mirna Coleman, a member of this commission at URACCAN Rosita, explained that they have been working for two years and this year they have been strengthened with the aim of eradicating, preventing and preventing gender-based violence in the extension and municipality.

"We have worked on radio programs, classroom talks, talking to students and teachers, explaining the work of the commission and sensitizing them to avoid different forms of discrimination and violence," Coleman said.

Eulogio Pedro Rufus, coordinator of the Bonanza extension, reported that the commission has institutional support, as there are internal regulations aimed at eradicating gender-based violence and discrimination, and in this sense the commission is a great strength to work in the territory.

Félix Aráuz, representative of the students in Las Minas, said that the commission of violence has been working together with all local actors to ensure the defense of women's rights and work has been done in an articulated way with the guilds and the university community, with the aim of eradicating violence.

Rosidani Molina, coordinator of URACCAN Waslala, assured that the commission is made up of the university community and allies, such as the teachers schedules, and there we work to address the cases of violence that occur in the extension.

"We have worked articulately; the commission has been trained and students, teachers and administrators have been given talk to get to know the commission and functions, so that when they have a problem they can go to the commission," Molina concluded.