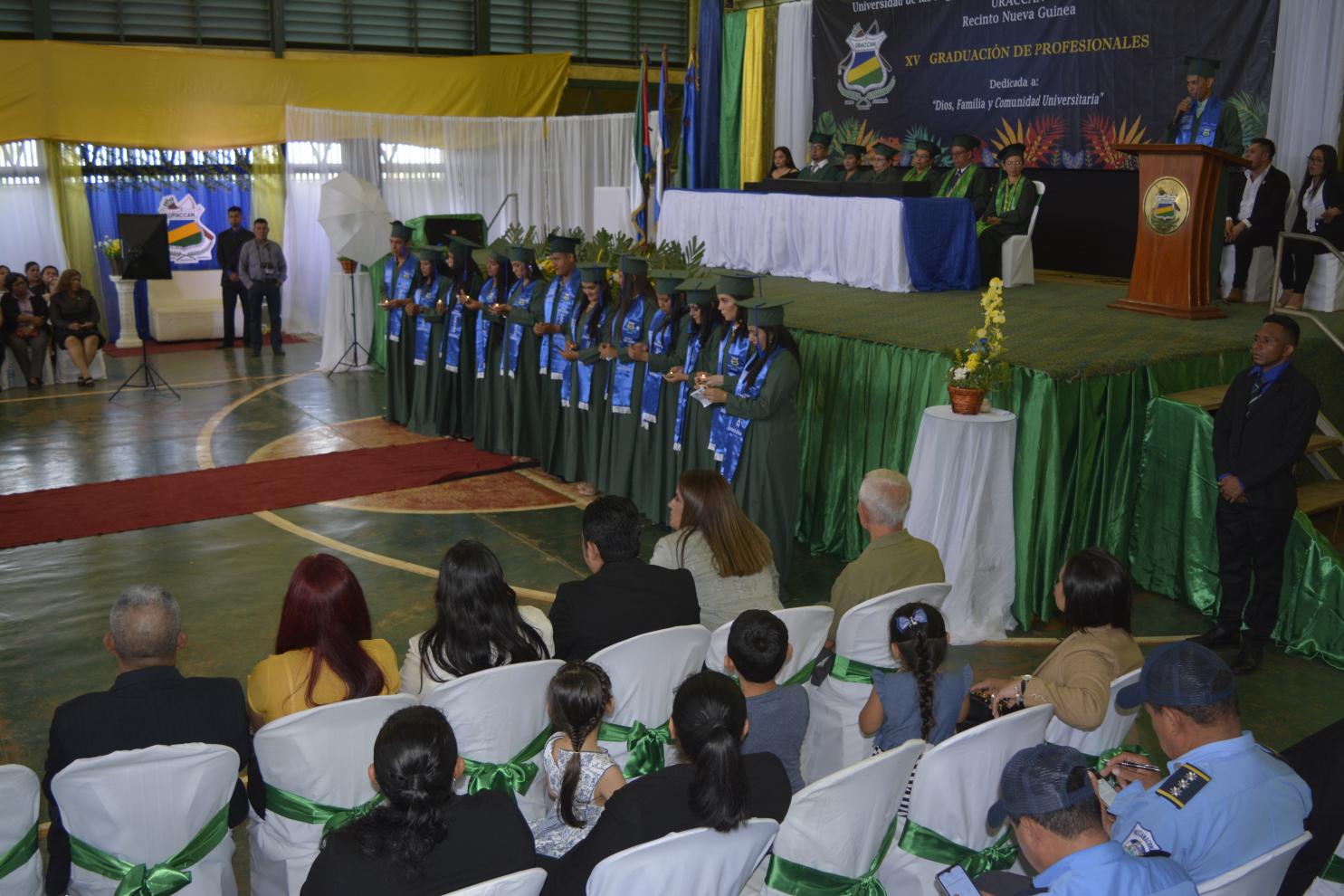 URACCAN, in its university campus in New Guinea, held the graduation of 154 new professionals, accompanied by university authorities, relatives and special guests, through an act of celebration, starting with words of thanks, led by the parish priest Juan Ortega, of the parish of San Martín de Porres of this city.

During his intervention, the relogioso called on the new professionals of the Caribbean Coast, "Let us be professionals according to our values, when a person loses his entire identity as a son of God, we have to preserve the values of god's children as people with dignity, fight patiently with values with fraternity in life," the parish priest spoke to graduates.

Father Ortega also addressed himself by saying "You have completed one stage, another begins in work, as a family; another stage of continuing to professional, thinking that science must be at the service of humanity, that Nicaragua is proud of us, that our community is proud of you; let us be people who prepare to serve, who love, who create fraternity; it was worth it," he said.

URACCAN, a space for harmonization between peoples of the coastal territory

During graduation, student Mario Jesús Morales Mendoza, with a degree in Public Accounting and Auditing, used his participation, bestowed by his outstanding academic career career, to thank those who made possible this delivery of new professionals, such as the family and the university community,

Morales said the teaching job was often "counsellor, friend who are happy to see our achievements; to URACCAN University as such because I have received ourselves with a lot of fraternity, regardless of ethnic differences, so we were able to live together, share among the Coastal peoples," he narrated.

During the event, he also paid tribute to the young Javier Iván Cruz Blandón (q.e.p.d), who would also be graduating with the Public Accounting and Audit group.