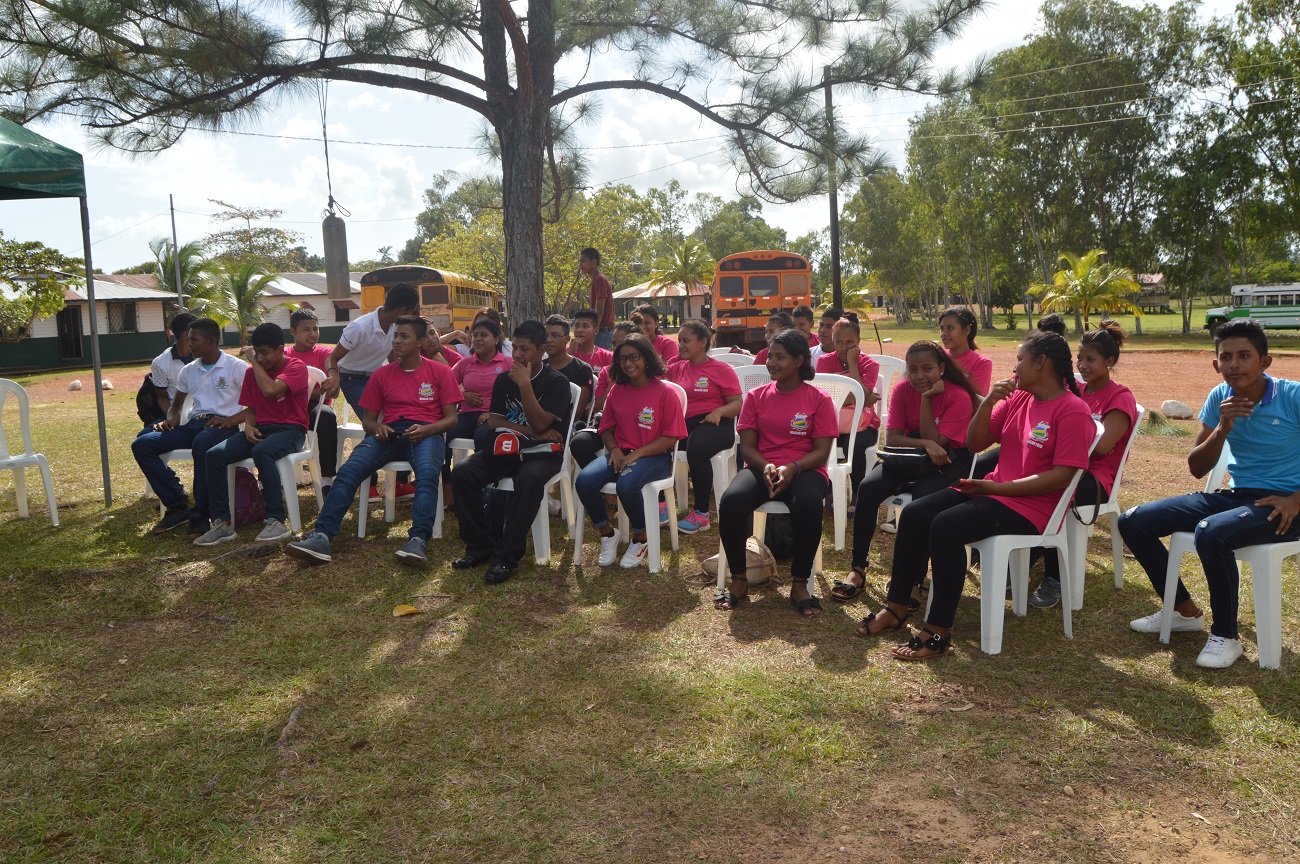 Waste of ancestral traditions and culture

With the presentation of indigenous dances, songs, poems and gastronomy typical of the peoples of the Caribbean Coast, students of the second year of the sixth generation of the School of Leadership in the Bilwi venue gave open to the school year 2020, under the coexistence and revitalization of the culture of the Autonomous Regions of Nicaragua.

In the activity was as a guest the academic secretary of the campus, in addition to the faculty of the Leadership School.

The Ivonne McLean master's degree, in her words of welcome encouraged the 40 students to remain active in this project, "you have the privilege of studying and taking out your technical high school, there are a lot of students who want to enter the Leadership School and you have been fortunate to have that space, you have the access of not having an additional cost to study at URACCAN and that is a great benefit" , highlighted the academic.

It should be mentioned that Teacher Simons mentioned that the School is a laboratory to train leaders to and from their communities, "when we see all the good things in school that phrase comes to mind, school is a learning space, if we look at each of the actions you take here, there is great learning and revitalization of culture" Stressed.

Interculturality and identity of the peoples of the Caribbean Coast

In this sense, student Anthony Alexander Solano González, originally from the Miskita San Andrés indigenous community, Rio Coco, Municipality of Waspam said he was very grateful to the authorities of URACCAN for this opportunity of academic training that provides them through the Leadership School "have given me a space to be studying at school, I have learned many things and I am very proud to be miskitus" Said.

In turn, Solano stated that the presentations made in the activity were allusive to the cultures of the region, "the typical meals of the miskitus or indigenous people of Puerto Cabezas, there was the Wabull with coconut, roosterpinto with coconut, the Luk luk and the dances in our native language in miskitus and Mayangnas", also highlighted that from the learnings is the revitalization of the traditions , ancestral beliefs and customs "practice a lot of interculturality", emphasized the student.

Similarly, miskita indigenous student Jomelly Mackensi Leman emphasized that coming from her community to study at the Leadership School "has meaning, we who are here, all students practice interculturality, here you can speak in your own language, if you are miskitus, mayangna, branches, creoles, no one can criticize," Mackensi said.