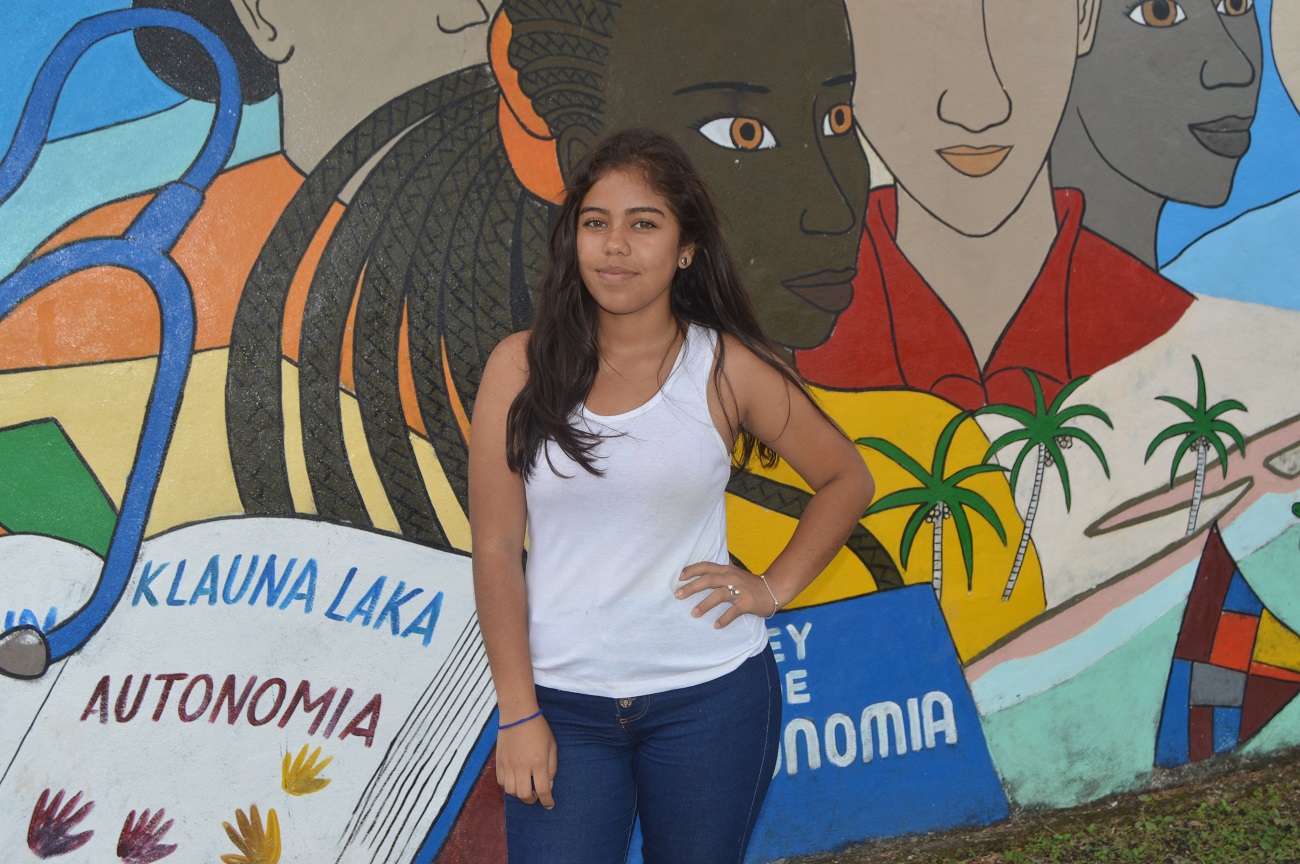 A young woman's dreams of being an intercultural physician

Greysi Anayellis Vargas Silva traveled more than 640 kilometers from New Guinea, in the South Caribbean, to Bilwi, Puerto Cabezas, North Caribbean, a journey that took more than 18 hours, with the desire to start her dream of being a doctor, but from an intercultural perspective, which can only be done at the University of the Autonomous Regions of the Caribbean Coast of Nicaragua (URACCAN) in the Bilwi , for 10 years offered the career of Intercultural Medicine.

Greysi Anayellis, a 17-year-old half-breed, is the eldest daughter of a stable marriage, inhabitants of the capital of the Wet Tropic, New Guinea, South Caribbean of Nicaragua, where she took the propedeutic course, mandatory to qualify for a URACCAN races.

"It's a career that needs principles and values, and it's going to allow me to help my community, my family members, it's a career that's complex, but in the end the results are good," the young student said excitedly.

Since last Thursday, February 06, Greysi Anayellis remains in the facilities of the URACCAN boarding school, where he has already managed to make new friendships, even now he is part of the dance group of the venue, "at first I was going to study Nursing there at URACCAN in New Guinea, then I realized that there were scholarships for medicine, I requested it, but I was told it had to do at URACCAN Bilwi" Told.

In response, Vargas stated that he chose to study at URACCAN because he is an institution with humanist values, "with teachers who care about their students, plus the quality of students when they leave is good", emphasized the young woman, among her great expectations are "to be a good student, to make colleagues, friends and to make classes productive", said Greysi.

Odyssey of travel to the North Caribbean

Before I knew I had to travel for many hours to start the realization of his dreams, Greysi Anayellis had to compete to win his full scholarship in this house of intercultural higher education "in the end I came out with 83% and my opponent with 80%, I had to go through 4 tests, one nursing that was 98 questions , another of 8 questions, one of medicine of 9 questions and the last of 68 questions," he said.

The young woman recounted that she began her adventure of a journey of more than 18 hours from New Guinea, South Caribbean to the city of Bilwi, Puerto Cabezas, Northern Caribbean of Nicaragua "for me it was a little frustrating, I could not sleep, I was a little impatient to get to Managua, we sold the two seats that we had booked, so I had to sit in the suitcases" Vargas recounted.

Similarly, the young woman was a little afraid to see the bus over-loaded, part of the realities that the inhabitants of the Northern Caribbean of Nicaragua live, who, of course, many do not know, "came with that nerve when the bus was moving, he said, he was already that I will not arrive alive, at night it was too cold, luckily a person of ethnic miskita gave me space to sleep in his seat" Related.

URACCAN is characterized by being a university that guarantees spaces of concertation and rapprochement with the communities and peoples of the Caribbean Coast, that is why in the 4 enclosures it has an area of internment where students who geographically live away from the campus facilities are given accommodation, in addition to meeting the expenses of students who are of low economic resources , in Bilwi, boarding school has a capacity to serve 40 students with its sleeping and feeding services.

For the young Greysi Anayellis, being one of the new incomes of boarding school, has managed to position itself by her impetus for ease, development, charisma and above all with character of joy "I am very social, I quickly made friends with the interns, with the people in charge of boarding school, I am already in the dance group, the parents have to sign, so the firm is already left , but as a medical study, Professor Rocky told me he was going to understand me, I can only take advantage of Saturdays and Sundays for internships," he explained.

In the first 10 years of the offer of the career of Intercultural Medicine, they have graduated according to academic record data of URACCAN a total of 29 doctors, of them 18 are women and 11 males, of these, Miskitus 14, mestizos 9, creoles 3 and 3 foreigners.

Since the beginning of her career in Intercultural Medicine, she has been one of the most in demand by students from the Caribbean Coast, from other departments of the country and even from other Latin American countries.