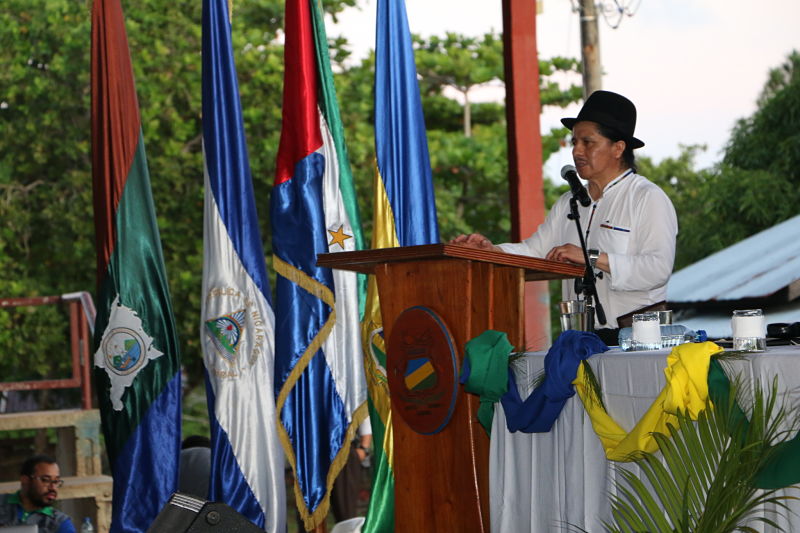 As part of the celebration of the 25 years of the URACCAN, it has been possible to build processes of internationalization towards an inclusive Intercultural Higher Education with a sense of relevance to and for the peoples of Abya Yala, where the element of interculturality becomes a reality from the daily life and sharing of the fabric that forges the Good Living and The Good Living of peoples.

The First Intercultural Community University (URACCAN) in celebrating the XXV Anniversary with a collective feast involving academics, academics, indigenous leaders, Afro-descendants of local, regional and international organizations, as well as the active participation of political leaders in the region and instances such as the North Caribbean Regional Government (GRACN), UNC, CNEA, CSUCA, UNESCO and different international networks, ensured from the community the Dialogue , Saberes y Haceres, where there were various approaches to intercultural higher education, shared in the after and after of the various presentations at the inaugural event on higher education in the country and in Abya Yala.

Dr. Luis Fernando Sarango, rector of the Amawtay Wasi Pluriversity of Ecuador, representing the Network of Intercultural and Community Indigenous Universities of Abya Yala (RUIICAY), shared the presentation "The education we dream and aspire to the peoples of Abya Yala", during the opening ceremony with the assistance of local, regional, national and international delegations.

Intercultural higher education for the original universities and peoples has been taken as a continental life project, said Sarango, who recalled the first time she visited URACCAN "By chance we came to know that here in Central America there was a university, we did not know exactly where it was and in what country it was, but at some point talking to our authorities , we said we have to do our best to find the path that leads us to this university (...) in 2005 we were fortunate to get here to Bilwi and it was in the context of these meetings that we did for the intercultural indigenous university," he said.

Sarango also explained that the dreams of intercultural community universities over time are changing, "They are improving, they are transforming, as our grandparents say in the philosophy of our peoples, everything is on the move", that is why we must continue to dream, "The dreams that exist in our peoples, in our communities help to learn," he argued. Western science always argues that dreams possibly help, but that they should not be taken into account because they are simply unimportant manifestations, emphasized the academic.

Sarango in his speech stated that one of the ways to produce knowledge is to take into account the philosophies of the original peoples of Abya Yala, in this context, the teacher referred that dreams must become a reality "We are working on the concrete to make these dreams and these proposals come true," he narrated.

Master Sarango emphasized that talking about interculturality can be complicated because "For governments it may be that interculturality is just folklore (...) put some of the indigenous, some of the Afro, put an element that adorns, that identifies an inclusion just and call it intercultural", while "For the original peoples, for us and almost certainly the intercultural thing is to claim rights, it may be to ask for my space in equity of conditions or to look precisely for several spaces where we can dialogue on an equal footing , in epistemic equity to contribute from all angles and from all sides to the construction of our dreams," he said.

In conclusion, Sarango emphasized that in the field of dialogue of knowledge the being able to realize the realization of scientific knowledge with the knowledge of the original peoples is part of the dreams in intercultural higher education, "we should think at some point that in university classrooms and not only in university classrooms, in all educational processes from the initial to the higher level (...) our greatest dream would be that there be this dialogue, this reunion between the knowledge despised with the neatness of these knowledge that are in force," he concluded.