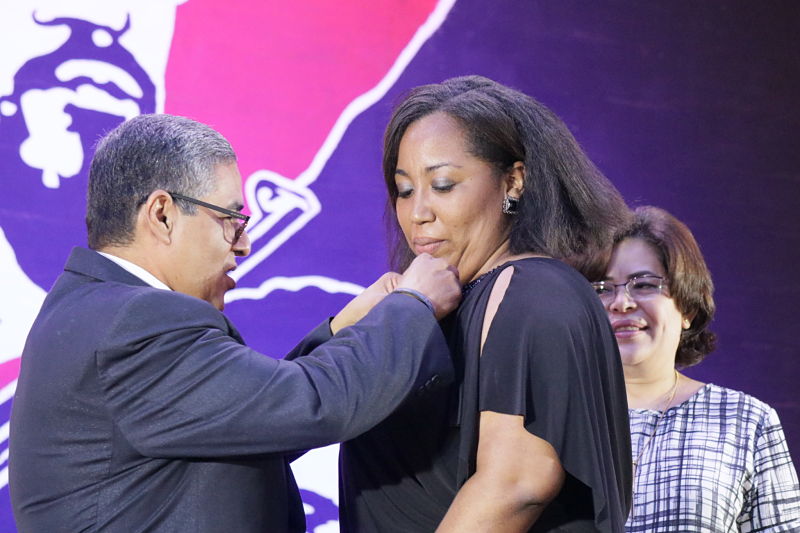 Mishelley Yullitza Bennet Carlos, was recognized among the first 3 places as academic excellence at the level of Central America and the Dominican Republic, through the Regional Award "Rubén Darío", awarded by the Central American University Superior Council (CSUCA) and created as a recognition of the constancy of those academically distinguished students.

Bennet Carlos is a student of the Bachelor of Education Sciences with mention in English at the URACCAN Bluefields Campus. "For me, it's been a little difficult because I work full-time, (but) this recognition is based on effort, dedication and perseverance," said Mishelley, who says that at some point he thought of retiring from the race by the pressure of study combined with working times.

Mishelley describes himself as a persevering person and when proposing goals, he always does his best to achieve it. Referring to certain suggestions for URACCAN study, he states that the important thing is to prepare, "that's what we're going to have left and we need to know more," he said.

Academic recognition in the 25 years of URACCAN

This award is part of the celebration of the first 25 years of URACCAN, which institutionalizes intercultural higher education in Nicaragua.

In this regard, Mishelley comments that "URACCAN has dabbled and as a different university that has been tailored to the Coastal peoples. It's like our second home and we feel good at ease here, it gives us the possibility to express ourselves in our mother tongue and I think that makes it an excellent university," he shared.

The award for academic excellence was presented at UNAN León, as part of the events of the XLII Ordinary Session of the Regional Council of Student Life (Conreve).