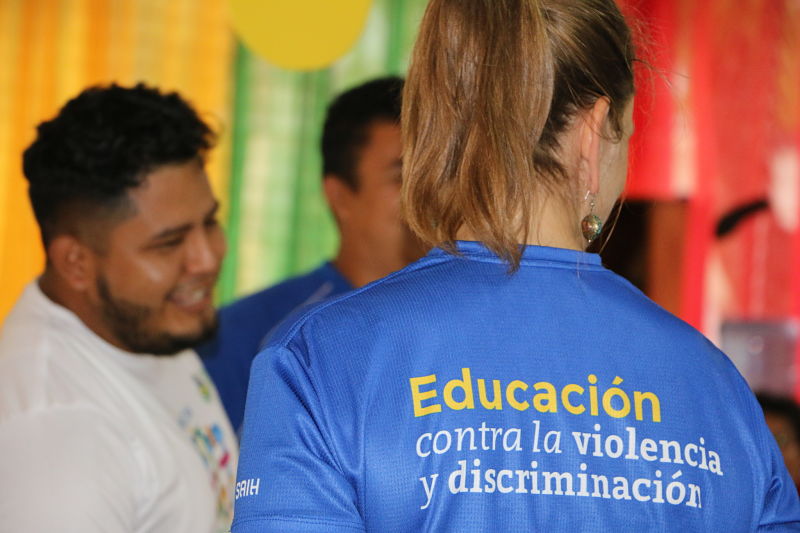 During the development of the activities of the XXV Anniversary of the URACCAN, the thematic table Decolonization and depatriarcalization for social transformation from intercultural higher education were discussed, where important aspects for social transformation from higher education were discussed, through the dialogue of feelings, knowledge and doing, highlighting the importance of personal experiences.

URACCAN contributes to changes in thoughts

During this activity, Ada Madrigal, Originally from the municipality of Siuna shared that "We have educated ourselves under a patriarchal system that is discriminatory, on the basis of gender, sex, orientation and ethnic identity, in that formation it is important to recognize who we were and that we have learned under the model of Intercultural Community University", he shared.

Through exchange, participants recognized that transcendental and impact change requires recognizing that attitudes and behaviors that offend or hurt others must be changed; as a process of unlearning and relearning, but also recognizing and making intercultural citizenship.

In this same sense, Tupac Acosta, coordinator of the Tonatierra Indigenous Organization of Arizona, referred that "We are not learning to know who we are, in a meeting in my country, and surely spends here in Nicaragua, for one or two mixed brothers one has to speak in Spanish, the half-breed brother has not bothered to learn our language and we do , in this sense education is implemented, what we know as the dialogue between ourselves that this is to do interculturality; why racism exists, because we're not learning to know who we are," he shared.

To conclude the dialogue, it was concluded that in order to advance the eradication of discrimination and racism, work must be done in the construction of intercultural citizenship, in the recognition of being; to be able to face the racism and discrimination that native peoples live in, but above all to recognize their origins and strengthen and promote spaces for intercultural dialogue.