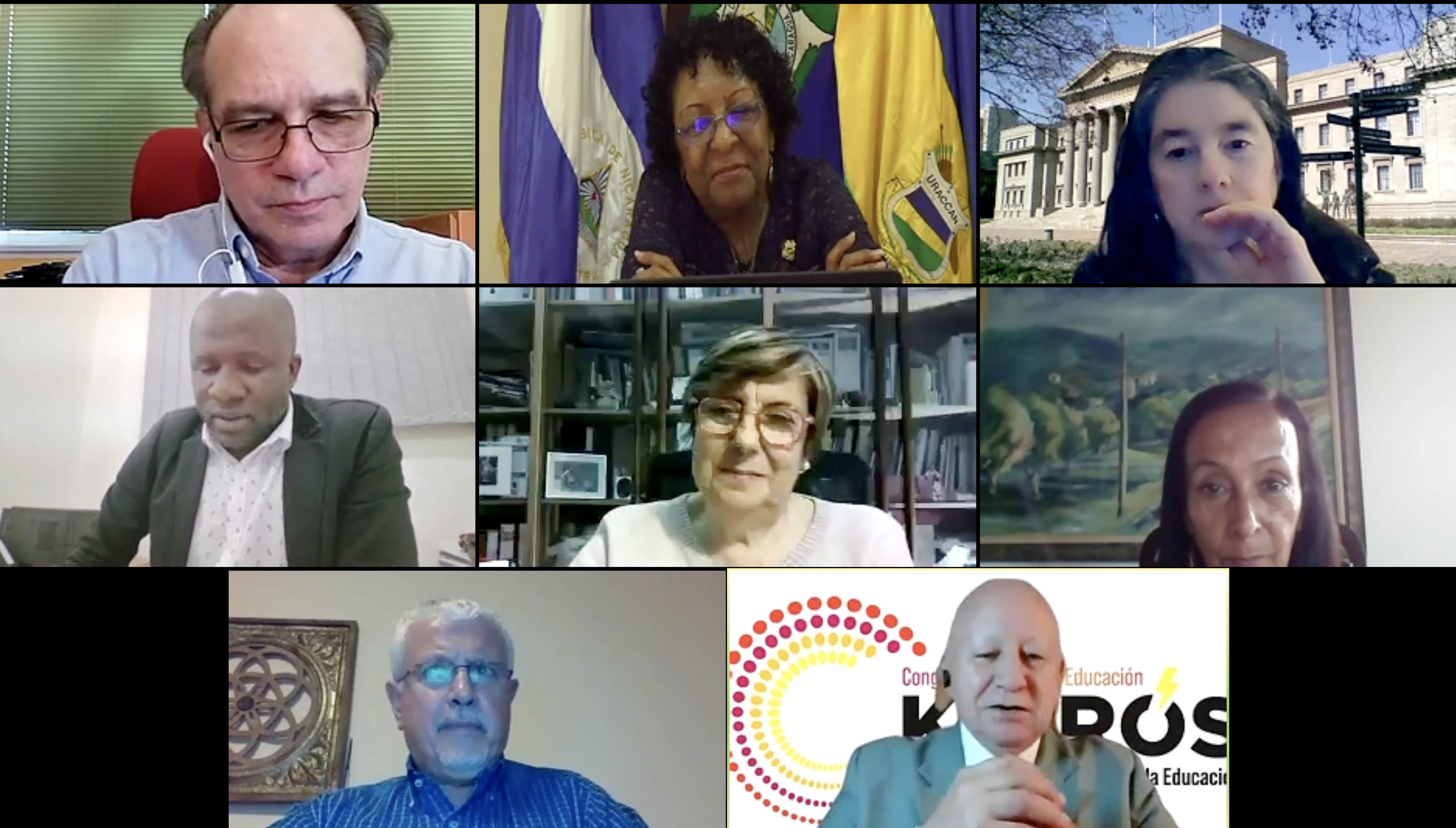 Dr Hooker: "We must learn to understand our priorities and, from them, be wise and wise in our decisions."

"Our greatest hope is that this new social contract of education will be the ideal setting for our voices, stories, rights, dreams and aspirations as indigenous and Afro-descendants to be embodied in the trends of higher education," mused URACCAN Rector Dr. Alta Hooker during the fourth forum of the World Education Congress organized by Kairós: "Interculturality: cross-cutting axis of the Third Social Contract of Education".

They all agreed on the need to transform and transform our universities to be relevant to heterogeneity and cultural diversity, in order to recognize and value other forms of life to promote inclusiveness among contemporary societies.

From the first half of the twentieth century, as a result of the Industrial Revolution, the first social contract of education emerged, where training centers focused on developing basic skills in people to perform a specific trade and earn a living.

The second social contract of education corresponds to the second half of the twentieth century, where there was greater possibilities of professionalization through the study of specific careers, useful to the labour market (technical competences), which condemned people to age in the same job, without the possibility of performing another.

Already at the end of the twentieth century and the beginning of the XXI, following the profound social, economic, technological, scientific, etc. transformations, societies, more autonomous and aware of their differences, advocate for a new social contract of education (the third), where people have the opportunity to conquer their passions, to learn for life and throughout it , to constantly grow and update and even to create their own sources of employment and innovate.

In this regard, Dr. Hooker highlighted URACCAN's intercultural gender approach, in light of which dialogue and consensus are promoted on an equal footing for indigenous peoples and ethnic communities, where new citizenships are built and from which "new generations are accompanied to build their own life projects".

In this sense, URACCAN promotes among its students a culture of innovation and entrepreneurship, which is evident in the different projects promoted by the university and with which it has obtained national and international recognitions.

Hence, Rector Hooker stated that interculturality is the cross-cutting axis of education, as it allows a permanent process of building dialogues between peoples, communities and peoples of different cultures, as well as recognition and respect for the rights of the other, also decision-making for the collective good, where there is equal opportunities and inclusive societies , free from racism and discrimination, "where all of us can see each other in the photo of development from the perspective of each people".

From this perspective, "universities should be the space where new ways of conceiving knowledge building are proposed, considering that each people has their own knowledge, knowledge, doing, practices, cultural values, norms of behavior for coexistence both inside and out," Dr Hooker explained.

Recalling the approaches of cres 2008 and 2018, the rector assured that not only the epistemological basis of this third social contract under construction is needed, but also "the attitude, will and willingness to transform and transform, so that, from there, we can together and together weave the path of interculturality as a cross-cutting axis of education , where no one is left behind."