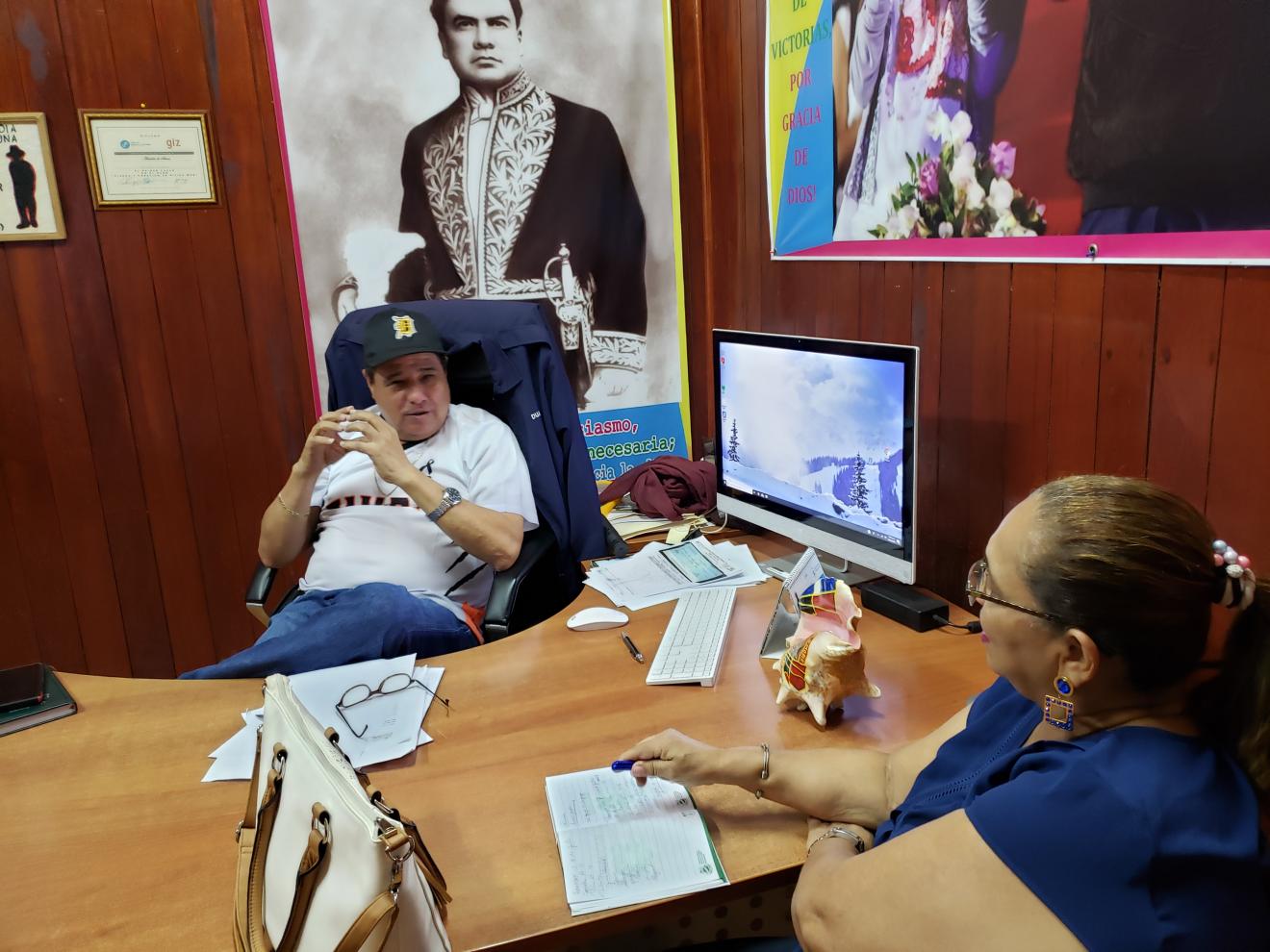 URACCAN celebrates its 25th anniversary this year, weaving interculturality with peoples, contributing to the including exercise of Autonomy, through the construction of spaces, projects and programs from its enclosures and extensions in the territories of indigenous peoples, Afro descendants and half-breeds of the Caribbean Coast of Nicaragua.

On this walk, from the Las Minas university campus, the vice-chancellor, Leonor Ruiz Calderón, met with the mayor of Siuna, Otilio Duarte, as part of the construction of strategic alliances in the framework of the preparation of the launch of the 25th anniversary day of URACCAN.

The central day comprising the activities of the 25th anniversary, include the launch of the UNESCO Chair "Wisdoms and Knowledge of Peoples" to be given by Dr. Francisco Tamarit, on July 22 in the open auditorium Mama Cheya, in the Las Minas venue and in which the authorities of URACCAN, PhD students in intercultural studies will participate , teachers, students, administrative staff and special guests.

Within the program it is hoped that the municipal government of Siuna, chaired by Duarte, will make a distinction to Dr. Tamarit, in addition, it is planned to pay homage to Siuneño musicians who have contributed to regional music.

The mayor noted that this will be a great event, in which, from the municipal government, they will accompany as part of the recognition of the construction of knowledge to the costaeños and costañas over these 25 years.

The celebration of the 25th anniversary of URACCAN comprises a historic milestone for this house of study, but also for the peoples of the Caribbean Coast, the country and Abya Yala.