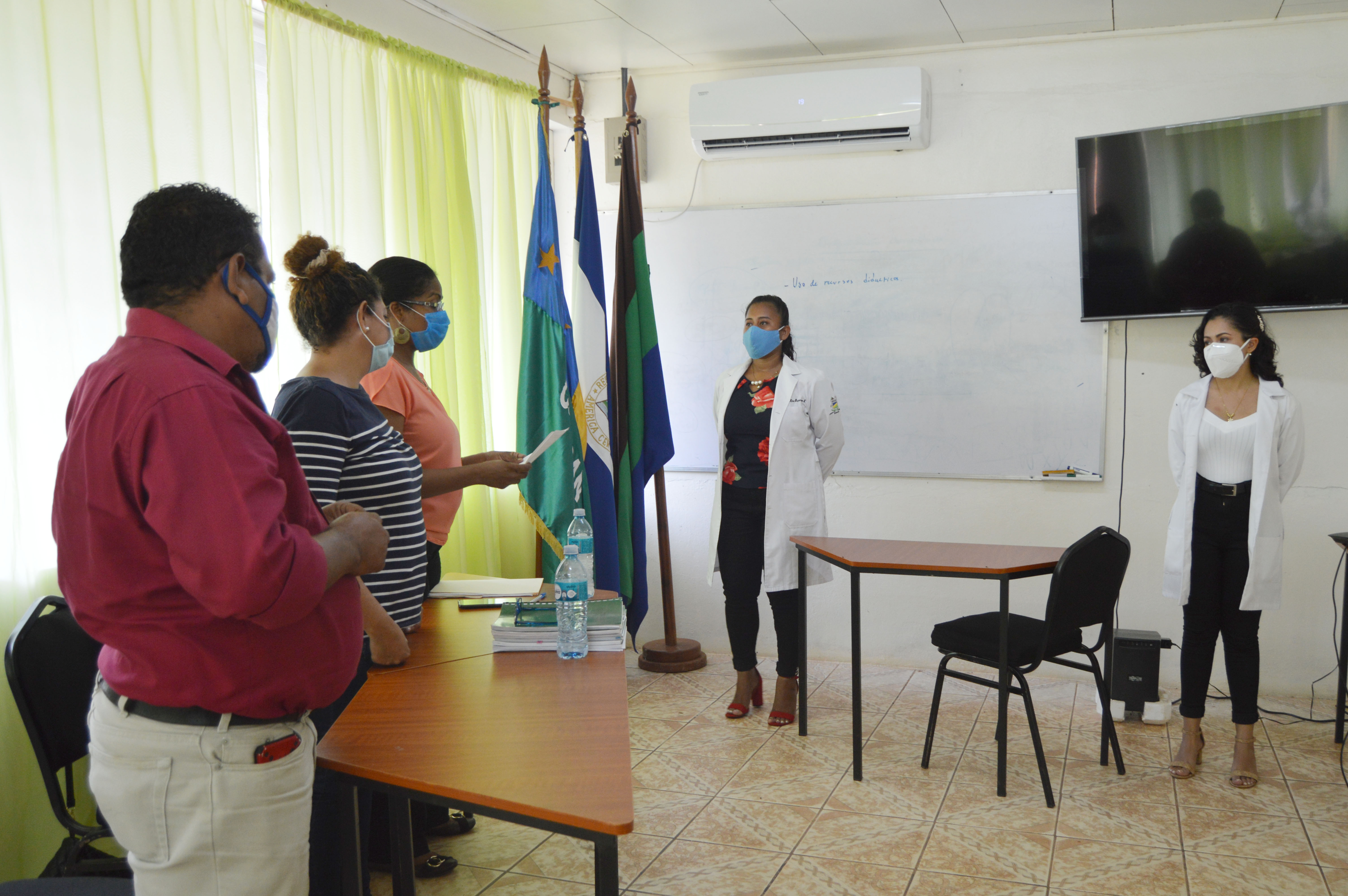 Moment when the jury reads the final record, with the score obtained in after the oral defense of the young psychologists.

Professionals committed to the mental health of the Caribbean population

The two new professionals in Psychology in Multicultural Contexts of URACCAN Bilwi enclosure are the young Bellaly of Carmen Moncada Alvarado and Alba Iris Simons Rufus, who defended the research called "Adolescence and behavioral problems in students from 15 to 19 years of age of the Holy Trinity Episcopal College of the city of Bilwi".

This type of research is carried out as a scientific contribution to the mental health of the adolescent population of Puerto Cabezas. In this way, the university meets the training of men and women committed to the social, economic and cultural development of the Caribbean Coast of Nicaragua.

According to Moncada Alvarado, choosing this topic responds to the behavioral need seen in that school, "that students acquire inappropriate behavior when being in the classroom and we thought it important to work this issue," he said.

Among the recommendations given by new psychologists to parents are working more with adolescents, having more ties and talking more with their children, "because we see a lack of understanding on the part of parents, and not only of parents, but also within the school," she said.

Finally, psychologists thanked URACCAN for offering these kinds of careers, because from the Caribbean Coast psychologists and psychologists from the region are needed, "because we see that they come from other sides, but it is not the same, because we are psychologists in multicultural contexts, we work a little more with cultures, we come to deepen cultures", concluded Bellaly.