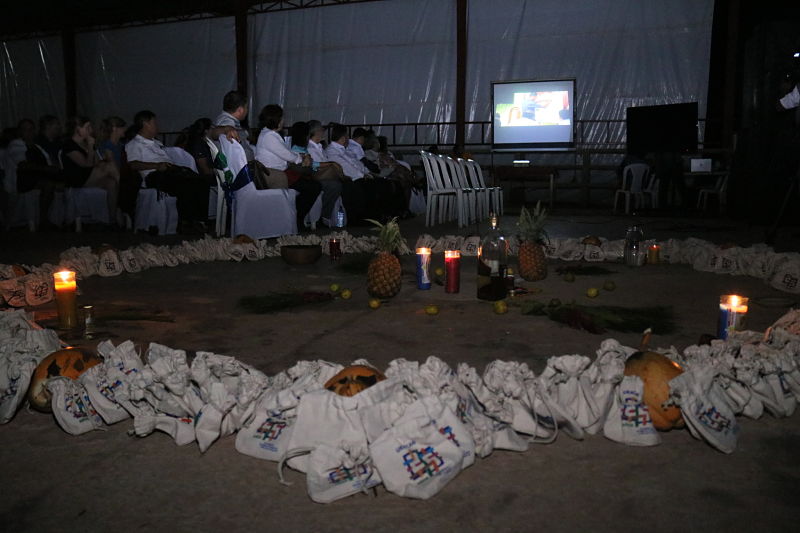 The Institute for Intercultural Communication (ICI-URACCAN), in coordination with the area of institutional outreach and the other areas of this house of Higher Education, made an audiovisual documentary to make visible the path traveled during the 25 years of foundation of this institution, presented in URACCAN Bilwi enclosure, as part of the activities of the celebration of the XXV Anniversary of the university.

In this regard, Master Yulmar Montoya, director of the ICI, said that "This documentary is an audiovisual project that shows the processes implemented in the 25 years by the University of the Autonomous Regions of the Nicaraguan Caribbean Coast, URACCAN", adding that "It shows the processes and impacts developed from each of the areas and addresses of the university", said Montoya.

"It also highlights the intercultural community accompaniment provided by the university from institutes and centers with projects aimed at strengthening indigenous and Afro-descendant communities on Nicaragua's Caribbean Coast," Montoya added.

In addition, this audiovisual shares the initiatives promoted from the classrooms by each of the teachers, "Of the administrative and students by the National Union of Students of Nicaragua (UNEN-URACCAN), finally, highlights the internationalization processes that make visible the advances and challenges promoted by URACCAN in Nicaragua and Abya Yala , the challenges of the intercultural community university model from his institutional life plan," concluded the Master.

At the end of the presentation of the documentary in the auditorium of the Bilwi venue, those present at the event of celebration of the XXV Anniversary of the URACCAN, recognized the work of the communication team through applause and congratulations, it should be mentioned that through this documentary we could observe in detail the commitment of the university to form new human talents with appropriation of the worldviews, contributing to the Good To Do and the Good Live / Live Well of the indigenous, Afro-descendant and mixed territories of the Autonomous Regions of Nicaragua and Abya Yala.