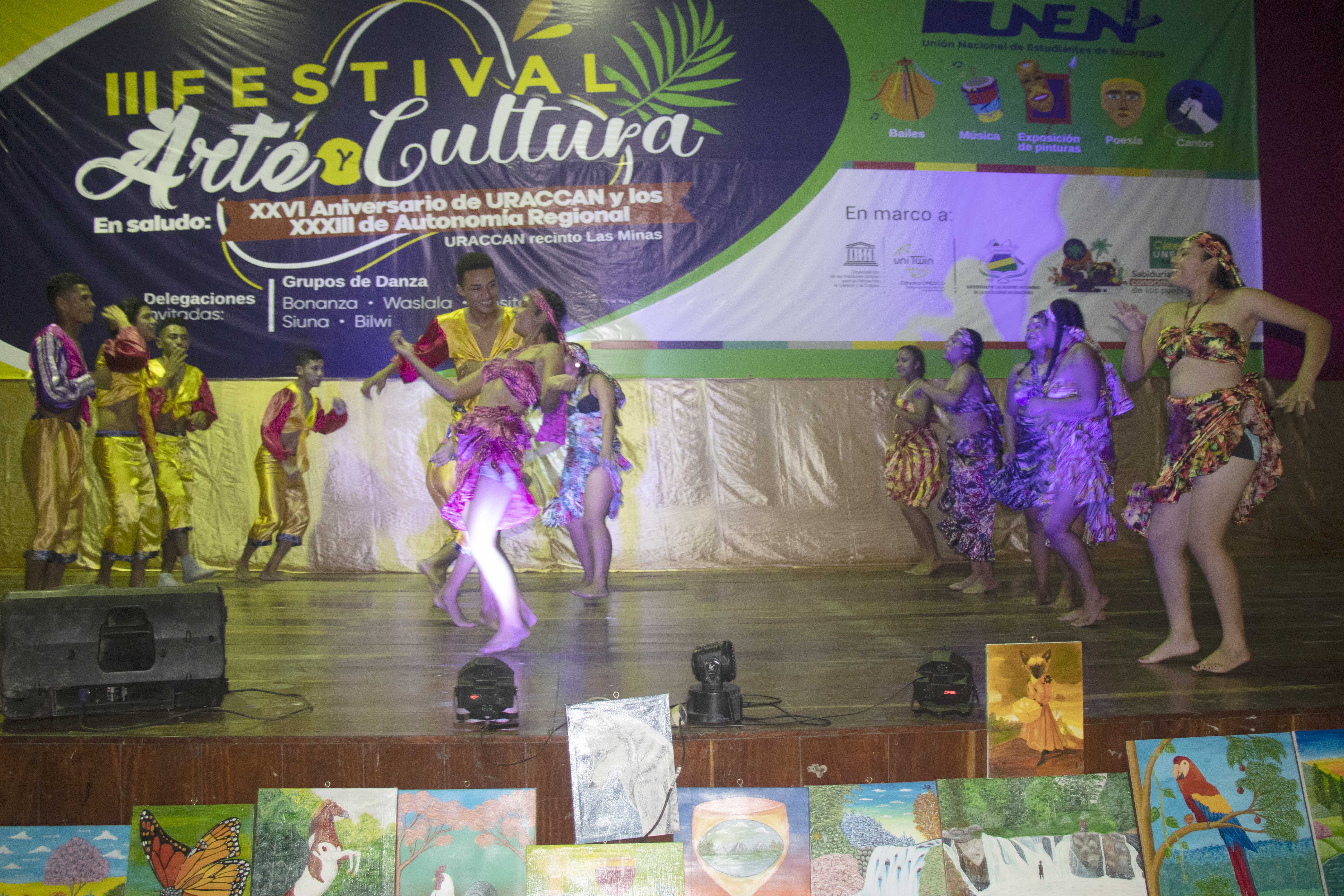 The dance represents a connection with the ancestors, a sacred rite towards nature.

With the participation of more than 60 student artists, from Bilwi, Rosita, Bonanza, Waslala and the host, Siuna, the National Union of Students of Nicaragua and URACCAN authorities held the third Festival of Art and Culture as part of the day of the 33 years of Regional Autonomy on the Caribbean Coast and the 26 years of founding of URACCAN.

The festival was held for the third consecutive year and is an effort made by URACCAN to recreate the ancestral knowledge of our indigenous, Afro-descendant and mestiza culture.

Teacher Sorayda Herrera Siles, academic secretary of URACCAN Las Minas, gave the greeting on behalf of the vice-chancellor, PhD. Angelica Leonor Ruiz Calderón, who noted that it is gratight to have in Siuna the different delegations that share their talents and a meeting is made between cultures and the worldview of the various peoples of the Caribbean.

"Sport, art and culture are activities that allow us to share, allow us to show our own, and the exchange that unites us as brothers and sisters, we recognize this diversity in URACCAN and what better way to celebrate 26 years, which for many may be little, but it is a stage when our aspirations and our dreams have been consolidated" , said the academic secretary of Las Minas.

Felix Aráuz, president of UNEN Las Minas, said it was a day of algarabias, dances, poems, painting, walks, all of which has been made possible by the unconditional support of URACCAN rector Dr. Alta Hooker Blandford, who is the main promoter of cultural, sporting and academic exchange.

Poetry, singing, exhibition of painting and drawings by the literary group Presagio de Siuna, was key at the festival, where once again students overflowed their talent and creativity in each of the cultural presentations.
Tags
URACCAN Las Minas
Rosita
Bonanza
Waslala
Siuna
Previous
Next
sfy39587stp16