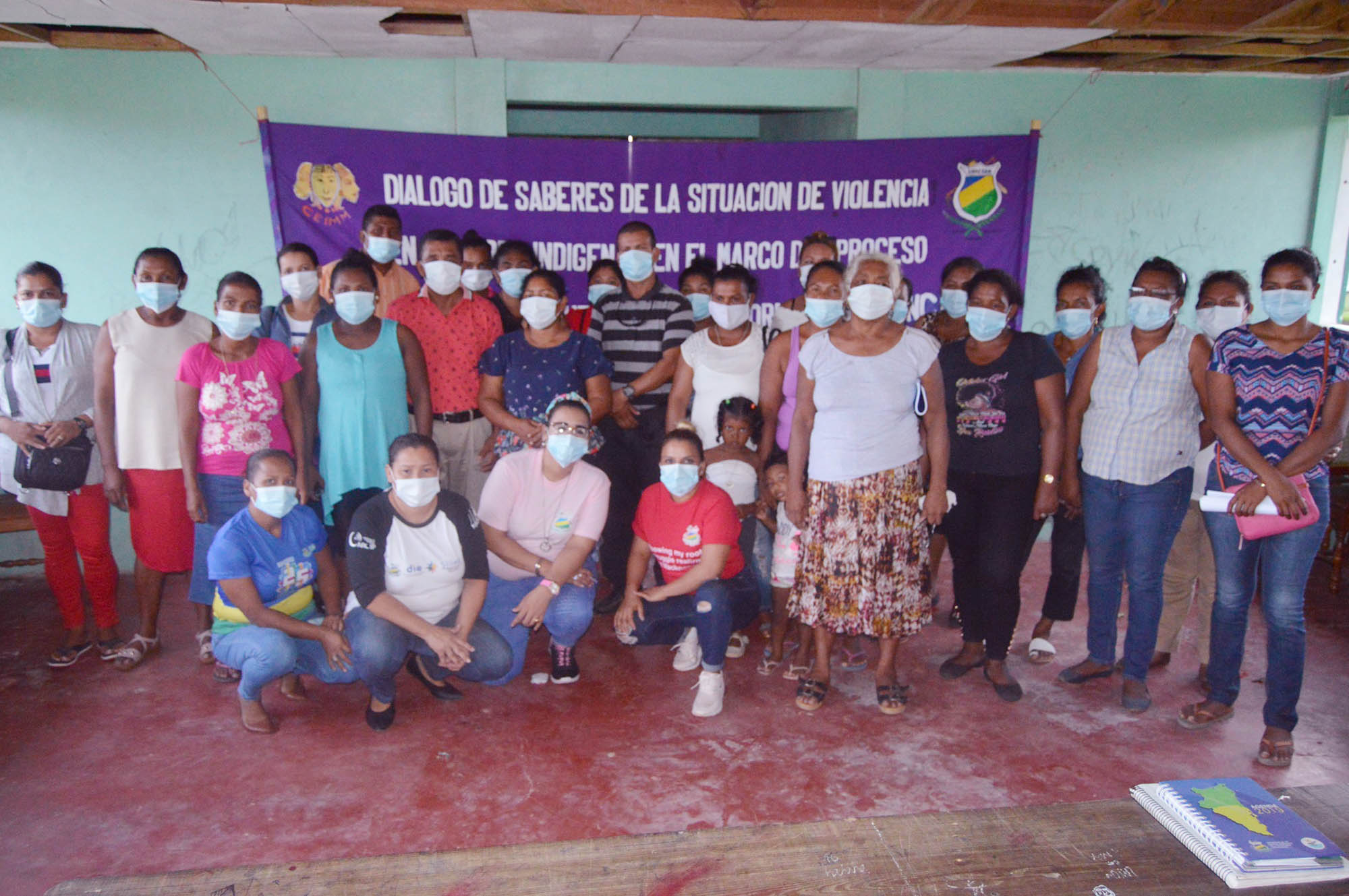 Anny Marley: "As long as there are cases of violence against women, we can't talk about real autonomy"

Dialogue on the situation of violence in indigenous women

As part of the celebration of the XXVI anniversary of URACCAN and the 33rd anniversary of the Enactment of Autonomy, the Centre for Multi-Ethnic Women's Studies and Information (CEIMM) held, in the Krukira community of the Táwira indigenous territory, a dialogue of knowledge on the situation of violence in indigenous women, as part of the regional process: new and old forms of violence.

Teacher Anny Marley, CEIMM coordinator of the Bilwi compound, said that making this forum in the Krukira community is because for several months she has been giving her intercultural community accompaniment since the process of community social outreach, this community being a model for spreading the challenges that communities still have in the appropriation of Regional Autonomy , "we know that communities have their own community structures and are independent in decision-making."

Another theme to be taken up from communities is safety towards women, Marley said, adding that "Autonomy must also be seen from the safety of women in their communities and as long as there are cases of femicide, as long as women continue to feel unsafe, as long as the high rates of gender-based violence add up, we cannot talk about real autonomy" Marley said.

Participants in the forum were Wihtas, representatives of women's organizations, where the main idea is to create more secure spaces in communities to protect women's lives, "then, it was a dialogue with the territory of Táwira, where they are represented by women's organizations and with community leaders to seek proposals, alternatives, strategies that eliminate these forms of violence" , reported the coordinator.

It should be noted that a total of 58 people participated in the Forum, and these activities are also part of the Decolonization and Depatriarcalization project for social transformation.