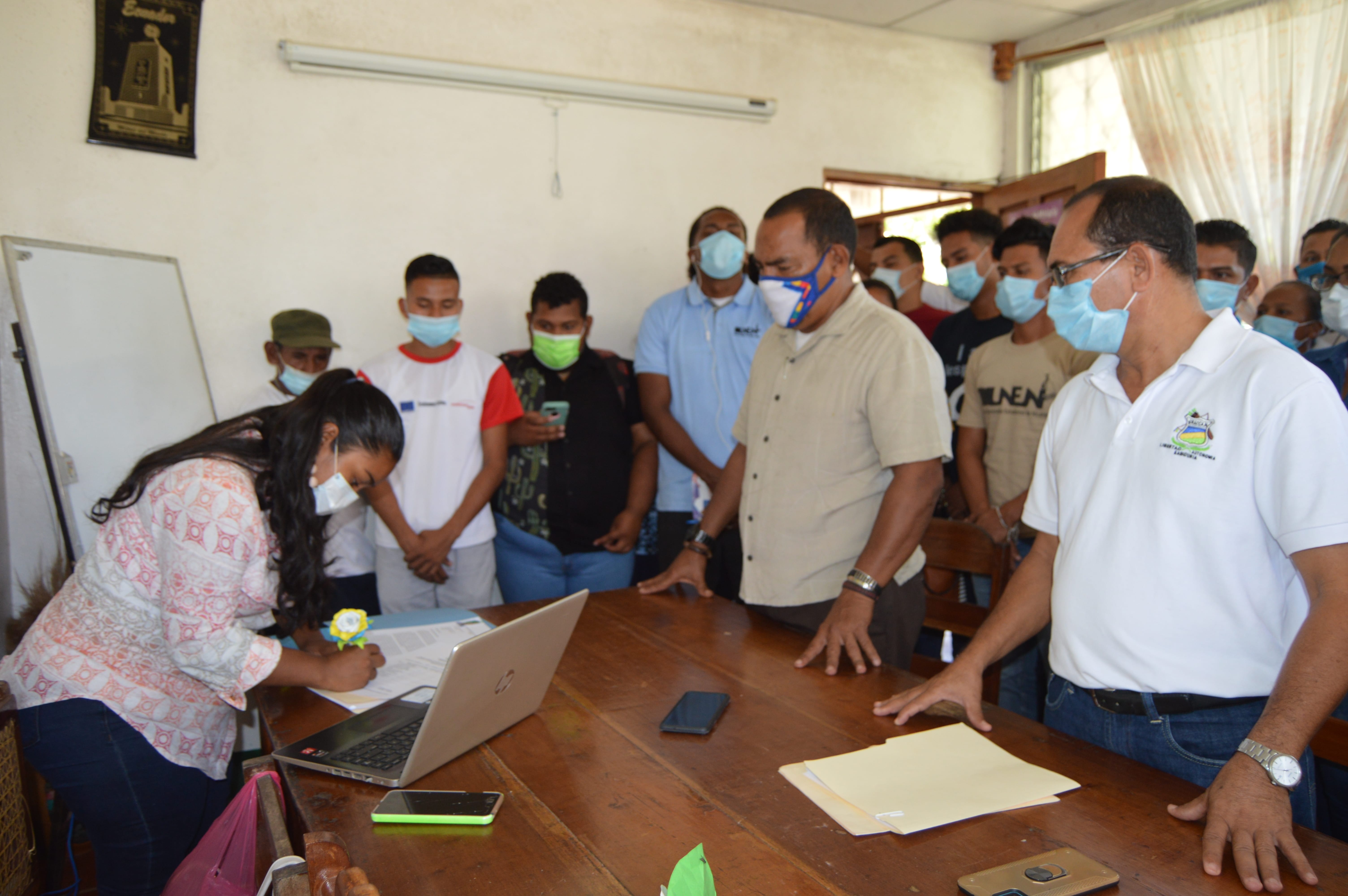 On the morning of this Wednesday, January 27, Dr. Enrique Cordón and Master Yuri Zapata appeared before the Institutional Electoral Committee of URACCAN Bilwi, to run as candidates for the positions of deputy chancellor of the venue and deputy general vice-chancellor, respectively.

The Licda. Maria Isabel Bucardo, representative of the committee received the relevant documents and proceeded to the official signature, being declared candidates for the institutional elections 2021-2026.

In this sense, Cordón stated that the idea of running again for the position of vice-chancellor of URACCAN in the Bilwi campus, is because it begins with a new process of the Intercultural Plan of Institutional Life, and "that requires the continuity of some activities, but other activities that are contemplated in the strategic plan must also be modernized," he said.

For his part, Zapata stated that his candidacy aims to continue contributing to the model of Intercultural Community University, "which has been developing since the rectory, from the leadership of the rectory, to continue to accompany her in strengthening the university model, is part of that process of building a collegiate leadership", he said.

Guilds aspire to election elections with autonomy and peace of mind

In addition, teacher Ivania Padilla, representative of the administrative guild at this university campus, stated that before the election elections at URACCAN each member of this guild is committed to participating in this civic festival, "and ensuring that the environment is stable, in harmony, with mutual respect among all of us in these processes of election of authorities," he said.

Besides, br. Ronald Jasser Maibeth, a member of the Campus Student Movement, explained that as a student community they expect these institutional elections to be "a process of peace, quality and harmony with all the guilds we make up on the compound, we hope that these processes will unwrever us more and strengthen us institutionally," he said.

Finally, Mr. Nilson Dumas, representative of the teaching guild, emphasized that as teachers they have sought to maintain unity as a university family, "we hope that these election elections will be given in the right way, because it is a civic celebration where teachers, students and administrators exercise their vote for their candidate and we hope that the candidates who are applying will always have that vision of working for the development of the university and education on the Caribbean Coast" Concluded.