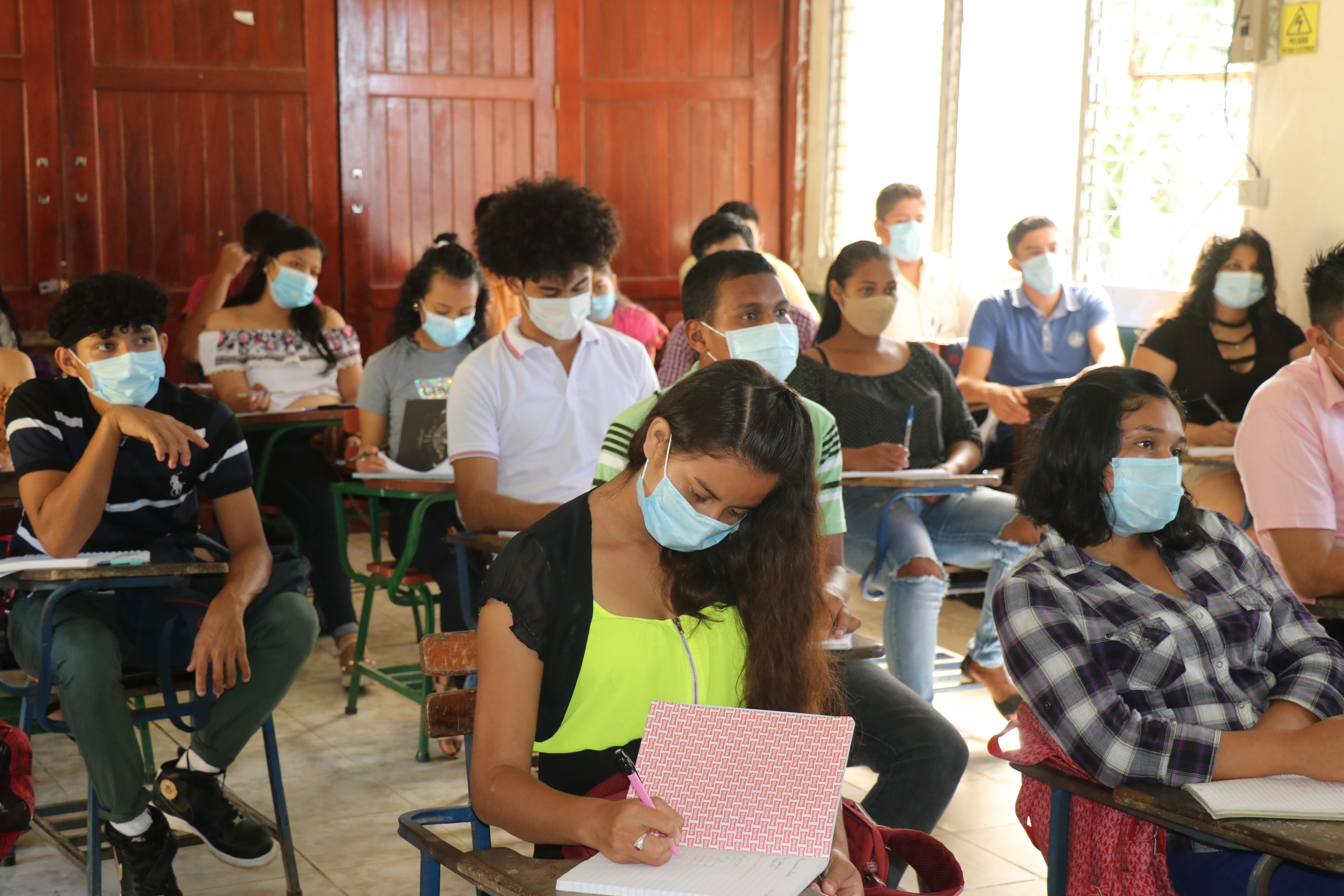 Participants of the propedeutic course in URACCAN las Minas enclosure

With great enthusiasm and joy, graduates of the Mining Triangle entered the propedeutic course in URACCAN campus Las Minas, to opt in the different university careers offered by this house of intercultural higher education, in Siuna, Autonomous Region of the North Caribbean Coast.

Katerine Doricel Chavez, a university student, commented that she decided to study a university career at URACCAN because she believes it is the best option to professionalize and learn about the intercultural institutional context.

In addition, Nino Pérez Suárez and Vivian Ríos Núñez, university students, commented on their journey to be able to reach from their communities to URACCAN and participate in this propedeutic course, ensuring that they found in URACCAN the careers that motivate and prefer them.

Expectations from the institution

In this context, Sorayda Herrera Siles, academic secretary of URACCAN Las Minas campus, explained that there are more than 400 pre-enrolled students and in Siuna the course began on January 6, in the extensions of Bonanza, Rosita and Waslala prepare to do so on January 9 and concludes on January 31 and then make way for the common semester.

In addition, the civil servicewoman detailed that in Siuna they have three groups, with more than 40 students in each group and 252 students enrolled, and adding the extensions, in the three municipalities, will be more than 400 baccalaureates starting this process.