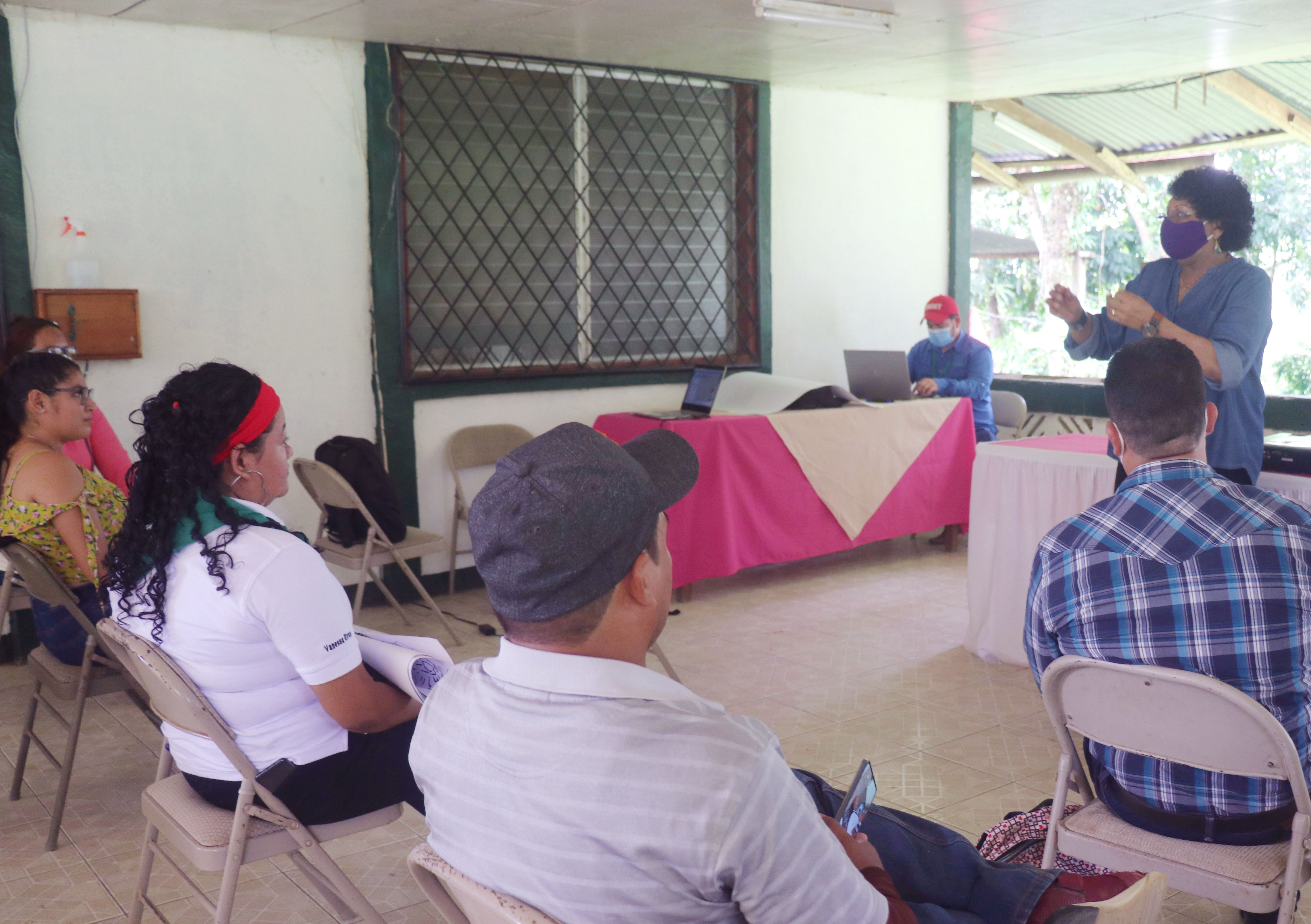 Dr. Alta Hooker provided a message of gratitude to URACCAN workers and various state institutions for their environmental proposals.

The Ministry of Environment and Natural Resources, in articulation with URACCAN, as well as local actors from different institutions, met to carry out multiple activities focused on the preservation of the ozone layer. "As an institution we have been carrying out a series of activities in compliance with the Montreal Protocol, which is an international environmental agreement that achieved universal ratification to protect the ozone layer, with the goal of eliminating the use of substances that cause it impacts," explained Saúl Castillo, MARENA delegate in Siuna.

Castillo also noted that "our goal is to incentivize in the inhabitants of this municipality the values and cares that we must give to the environment".

The official warned that "we must do something as soon as possible, as the risk of high levels of ultraviolet radiation entering the earth would lead to a higher incidence of skin cancer and eye cataracts, affect immune systems and have negative effects on watersheds, agricultural land and forests."

For his part, Mr. Luis Herrera Siles, coordinator of the Institute of Studies for the Promotion of Autonomy, stated that "an institutional principle of URACCAN is environmental awareness and above all the reduction of pollutants for the ozone layer, so we are coordinating with MARENA to decree all our natural laboratories as private wild reserves (RSPs)".

"We cannot carry out practices that are at odds with our institutional principles, so in this enclosure we will be implementing a measure that will come into force very soon, which is plastic-free URACCAN, we know that it is complicated, but we must do it for the sake of Mother Nature," the official said.

The excellent rector Dr. Alta Hooker Blandford, on her tour of the Mines precinct, thanked the institution's officials for being immersed in environmental conservation and care issues.

"Thank you wholeheartedly to the workers of the various institutions that have given themselves to the task of promoting proposals and projects in favor of the preservation of the ozone layer, as well as coordinating actions that are of good for Mother Nature," Hooker said.