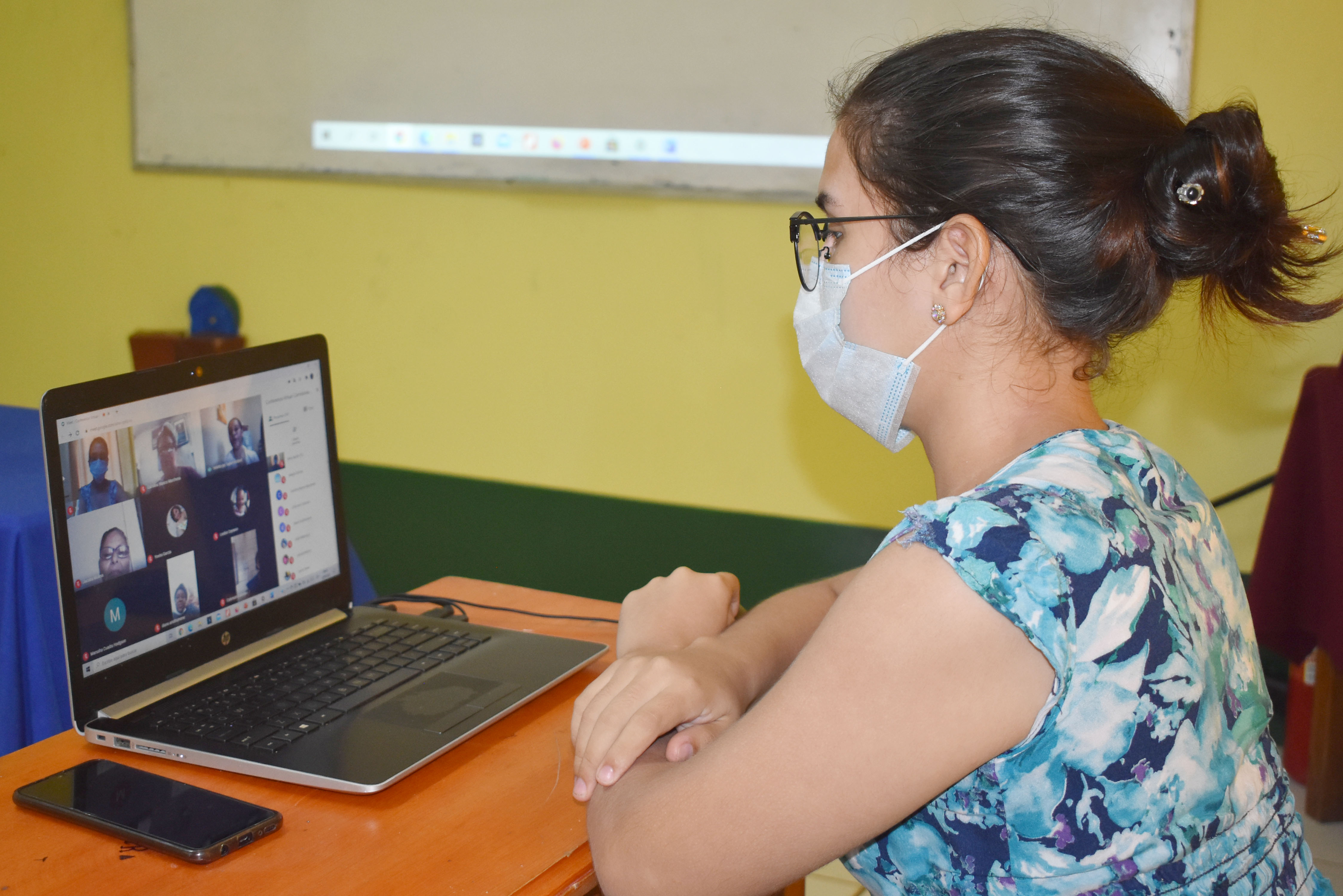 This activities strengthen the knowledge and capabilities of these commissions in all venues.

As part of the "Decolonization and Depatriarcization from Liberating Education" project, the Center for Multi-Ethnic Women's Studies and Information (CEIMM) of URACCAN, in conjunction with commissions for the eradication of violence in the Bluefields, Bilwi and Las Minas campuses (and their extensions), held a virtual conference under the theme "Identification of gender-based violence, domestic violence and sexual abuse".

This activity was developed with the aim of promoting a space to strengthen the knowledge and capacities of the members who belong to the committees, so that they can carry out their functions efficiently in the face of the different situations they face.

At that event he made a presence, as a special guest and rapporteur, the Br. Velette Taylor, graduate of the Bachelor of Psychology in Multicultural Contexts of this house of higher education. It is worth mentioning that the young woman is currently participating in an exchange of knowledge of intervention processes in Guatemala City. The members of the commissions, both the Bluefields enclosure and the Las Minas enclosure and its extensions, and the Bilwi compound, were also in the hands.

Velia Sevilla, territorial technician at CEIMM at Bluefields, argued that "the space was used to make an exchange of experiences, both of what Velette is doing in Guatemala and a student graduated in the intervention processes, just as what is being worked on from the premises, thanks to this exchange we saw some of the difficulties that the commission has , but recommendations were given on how to improve and strengthen the accompaniment given from each of the sectors."

One of the recommendations given by the participants is to continue strongly with the processes of awareness and awareness towards survivors or victims of violence within each of the venues, in order to promote empowerment, increase self-esteem and emotional strengthening so that these people can leave the environment of violence and that they can recognize that they are experiencing a situation of violence within their personal lives.