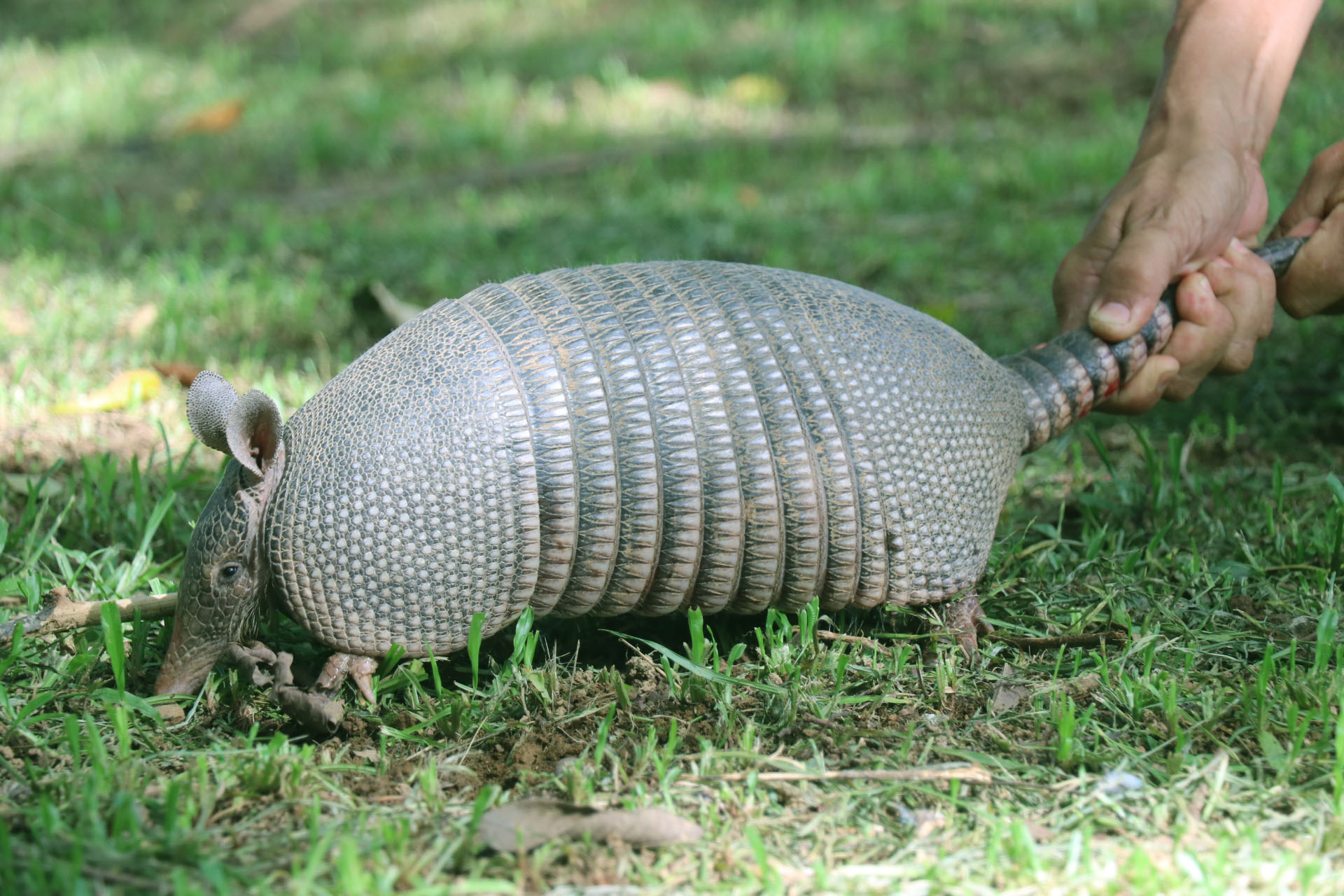 The cusuco seeded in the community of Yaoya, being released in the Yulu arboretum.
URACCAN Las Minas

The word Yulu, in the Mayangna language, means mahogany.

The Ministry of Natural Resources and Environment (MARENA) of Siuna released an armadillo in the departmental arboretum Yulu, located on the premises of the University of the Autonomous Regions of the Nicaraguan Caribbean Coast (URACCAN), in Las Minas.

MARENA inspectors seized the armadillo in the community of Yaoya, located 10 kilometres from Siuna, where a woman had him moored, ready to market it.

Norlan López, an official of MARENA, reported that the commercialization of flora and fauna is prohibited. Other species, such as parrots and chocoyos, have been seeded in Siuna with the support of the Ecological Battalion.

The scientific name of the armadillo is "Dasypodidae", known as cusuco in the Caribbean of Nicaragua. This mammal is characterized by a dorsal shell, fairly long tail and short limbs.

The Yulu departmental arboretum is located on the Siuna campus, which has a 1,550-meter trail and brings together 75 species at risk of extension in the country.

The word Yulu, in the Mayangna language, means (Mahogany). It was named for being one of the endangered species in Nicaragua. This natural space was inaugurated on August 9, International Day of Indigenous Peoples, in Siuna in 2019.

The arboretum is located in the Awawas Natural Laboratory, a protected area, where MARENA certified a zoocriadero de guardaiolas, to protect this species, which are under care and aging in captivity.