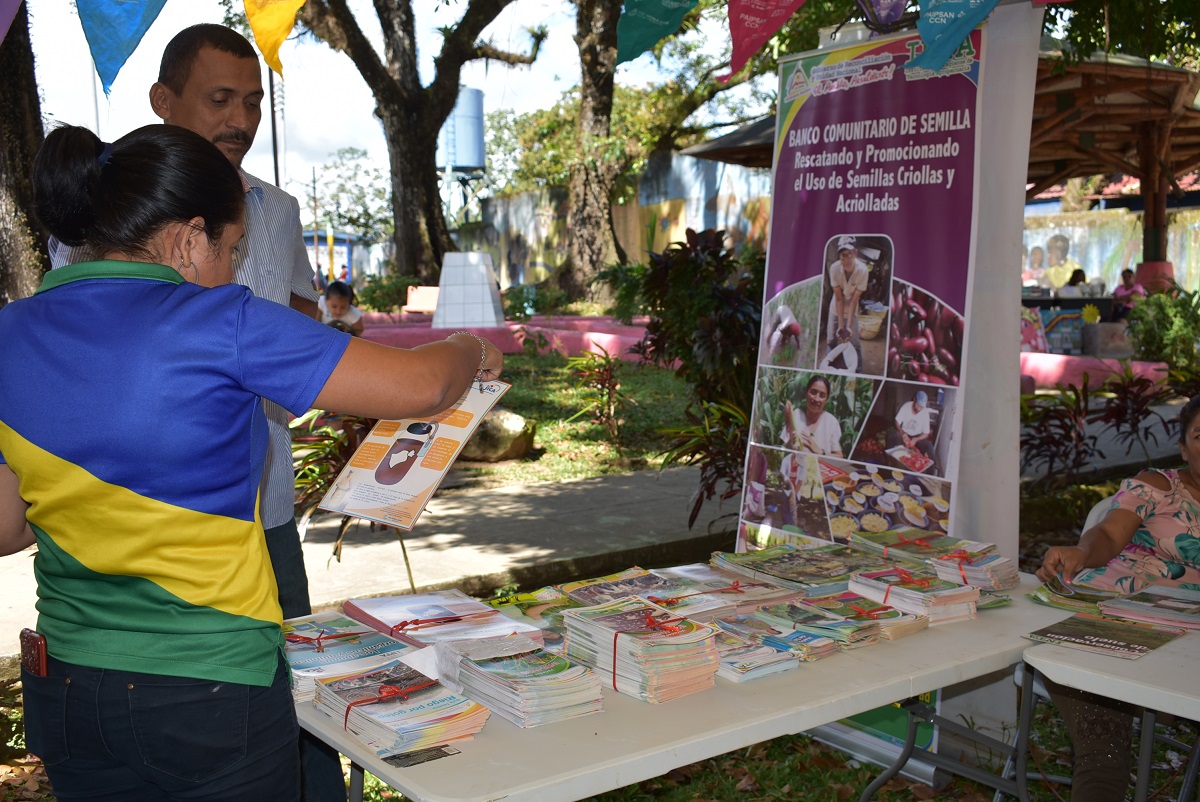 Within the framework of the day of environmental awareness this house of higher studies participated in the first fair of the land in harmony peace and life, organized by the Regional Government and the Environmental Movement Guarda Barranco, in which more than thirty entrepreneurs participated including the URACCAN university.

The fair aimed to raise awareness in the Bluefileña population about the importance of care to the environment, but above all to convey that it can be undertaken ecologically, for this it had various products based on coconut, wood, such as handicrafts and more.

"We are in an area where the green part looks and feels and that is what we want to convey as organized young people, but from the Regional Government how we can work the issue of entrepreneurship.Transmitting environmental awareness, transmitting the transformation of consciousness for Mother Earth and publicize each of the entrepreneurial products," said Miriam Picado, director of youth secretary and environmental movement Guarda Barranco.

Picado also thanked this house of intercultural higher education for its accompaniment and closeness to the indigenous, Afro-descendant and mixed-race peoples of the Caribbean Coast, "for this closeness is that it has a strong connection with the peoples, with the environment, harmony with our forests and also all those actions that they perform from the university with natural medicine , their research, programs and projects they develop from URACCAN University" ended.

For URACCAN as an intercultural community university, in its mission and vision respect for Mother Earth is of paramount importance, that is why being part of spaces in which it is made known about the actions it performs for the conservation of the environment.

Xiomara Treminio coordinator of IREAMADES – URACCAN explained that as an environmental commission, "we are sharing the research that has been done on environmental conservation and we are also promoting traditional medicine, that is why we are presenting plants and explaining to people about the importance of these for health".

Joining in one of you to transmit each of the actions that can be carried out if you have this coexistence with Mother Earth, life depends on the mama straw and maintaining a connection from entrepreneurship to care for the subsistence of natural resources will provide satisfaction and generate many fruits for future generations.