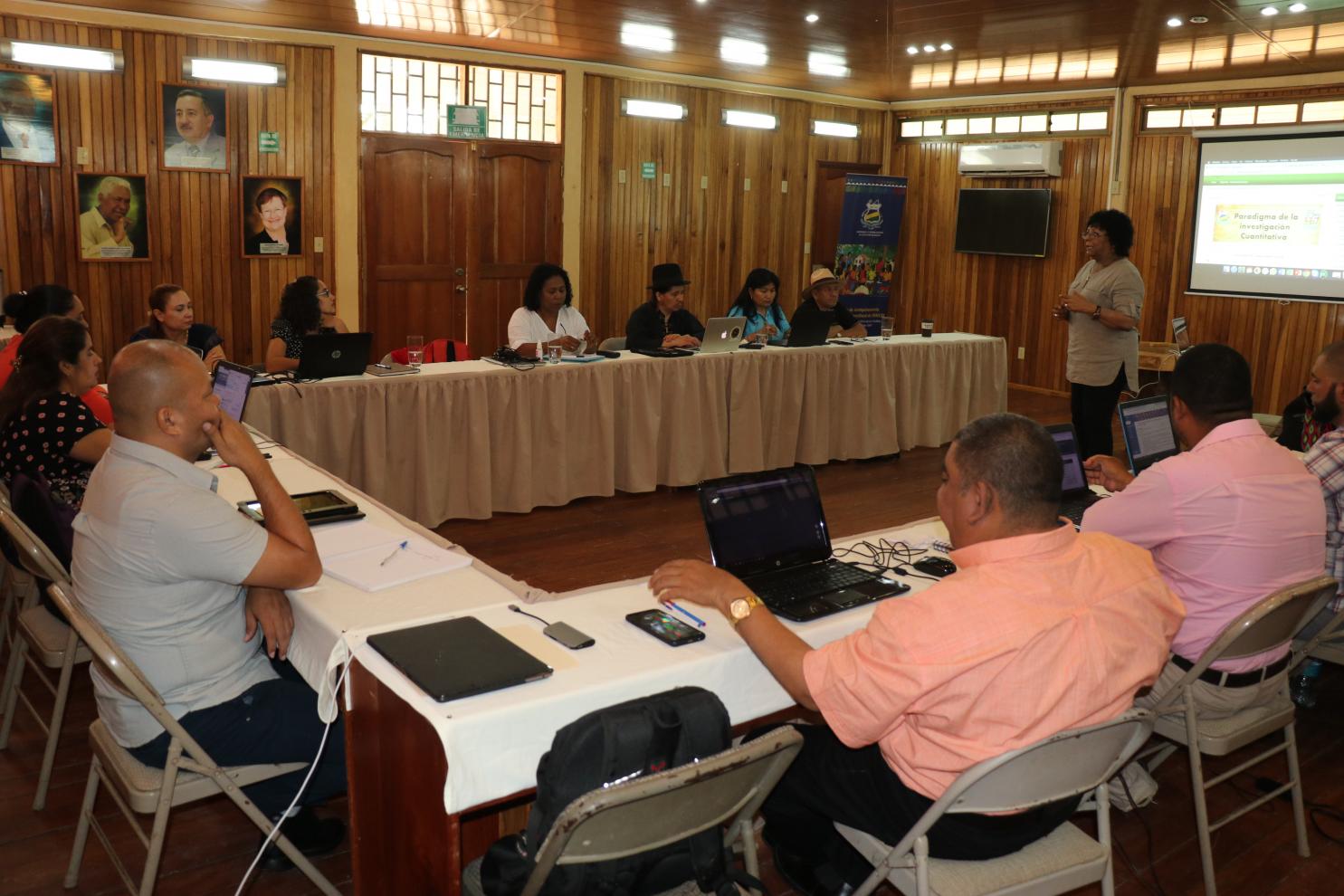 A total of 18 students from Nicaragua, Colombia, Ecuador and Bolivia are in Siuna, developing one more PhD meeting in Intercultural Studies of URACCAN, with the aim of deepening the training processes of the Community Universities of Abya Yala, but also as an opportunity to share knowledge and experiences, as dr. Letisia Castillo Gómez released it , academic director of URACCAN.

Dr. Letisia Castillo Gómez explained that PhD students are studying module eight of the doctorate, which was a mandate of the University Council in 2018, they end up with module nine and then move on to their doctoral thesis, where it contributes, from research, to development with identity.

The academic director of URACCAN said that there are 18 students, of them 13 are from the different campuses of URACCAN and different towns of the Caribbean Coast and five foreigners who are part of the Network of Intercultural and Community Indignas Universities of Abya Yala (RUIICAY), which for URACCAN means a dialogue of knowledge of feelings and a dialogue of cultures.

The presence of students from Ecuador, Bolivia and Colombia causes an interepismal dialogue with South America, this has been weaving interculturality and students have advanced in intercultural practice.

One of the facilitators of this doctorate has been Dr. Francisco Tamarit, general coordinator of Higher Education in Latin America, who will also be at the launch of the chair, as well as Dr. Daniel Matus is an expert and scholar of interculturality in Latin America.

Other realities outside the classroom

Dr Fernando Sarango, a PhD student at URACCAN from Ecuador, said this is an opportunity to learn not only the topics of the doctorate, but from the experiences that participants bring with them, as well as a great space to know the realities, "because one of the characteristics of these processes is that not only stays within the classroom with the knowledge , but thanks to the displacement through the different enclosures, the villages and other realities are known, and that counts a lot," he said.

Livio Palechor Arévalo, of the Regional Indigenous Council of Cauca (CRIC) in Colombia, said that this doctoral process is like making a dream come true, "that we had forged ourselves in the Intercultural Indigenous Chair, because we were interested in developing indigenous world issues internationally, and this is a space for academic and political reflection, because it is the positioning of the knowledge of indigenous peoples and universities in front of the world" Said.

In addition, Palechor shares that through this space, important themes are recreated for that indigenous world, "the territorial theme, indigenous world, philosophy, knowledge of peoples, there is a situation that for us as indigenous and community universities is that we are taking the first steps to show the world that from our universities we are contributing to the topics that will be worked on in the Doctorate" Explains.

Marcia Mandepora, from Bolivia, said that the doctorate means a great opportunity and a privilege because she has the possibility to follow her training and know other experiences with colleagues from Nicaragua, Colombia and Ecuador, which means a cluster of acquisition of experiences and mutual knowledge, to make a joint minga to contribute to the transformation of educational processes with an intercultural focus.

The Rector Alta Hooker, rector of URACCAN said that for URACCAN it is an opportunity to have Dr. Francisco Tamarit in Siuna, during the launch of the UNESCO Chair, as he will share the first topic.

Francisco Tamarit, in 2018, during the International Conference on Higher Education (CRES 2018), was one of the important allies to share ruiICAY's dream and aspirations. "As a university we must provide a new framework of relations between all peoples, a way of better understanding diversity and that is what students of the Doctorate of Interculturality are doing," she said.

Dr. Tamarit has a broad vision of interculturality, which means a contribution to the Afro-descendant, miskitos and half-breed peoples who converge in the mining triangle.