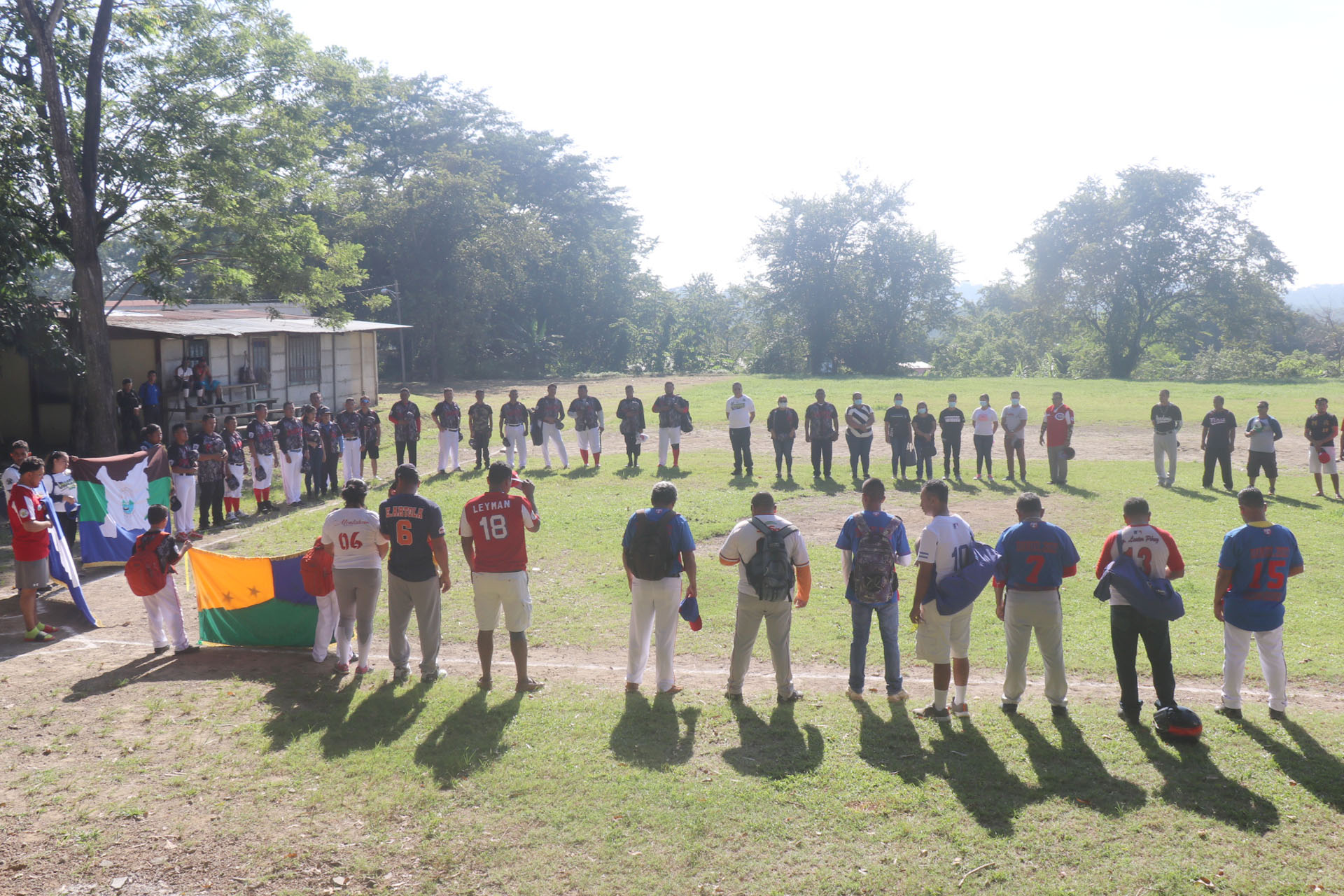 Teacher Herrera Siles: "From this space we do university and strengthen relationships with the community".

The third inter-agency softball league of URACCAN Las Minas, dedicated to the teacher Ariel Chavarría Vigil (Q.E.P.D.), was inaugurated by the authorities of this venue, with the participation of eleven teams in the men's and women's categories.

Teacher Sorayda Herrera Siles, academic secretary of URACCAN Las Minas, on behalf of Vice-Chancellor Angélica Leonor Ruiz Calderón, welcomed the family of teacher Ariel Chavarría, who accompanied the different teams at the inaugural event, as well as the different officials of the institutions and players.

The teacher Herrera Siles said that master Ariel, in addition to having been a prominent sportsman of the Las Minas venue, was the one who considered that an interinstitutional league was necessary, so that we can work on the community social extension, from the culture of sport and accompaniment to producers.

"From this space we do university and strengthen relations with the university community, today we want to remember Master Ariel, with whom we lived in these spaces," said teacher Herrera Siles.

The teacher Herrera Siles gave reading to the remembrance of the teacher Ariel Domingo Chavarría Vigil, who was born on November 11, 1974; son of José Domingo Chavarría Valdivia and Julia Esperanza Vigil Carillo. As a son he was a unique and exceptional being, as a loving brother as an unwavering bond between the three, as a father devoted with love and love to his boundless family, as an uncle; an exceptional father, married to Emilia Estela Eva Ríos, with whom he fathered his three sons Osmar, Faruck and Ami Chavarría Eva.

His fruit, his pride, grateful to God and the Blessed Virgin for the beautiful family he created and which God gave him and blessed him at all times.

A father who instilled values, family unity, faith, and God's love for his children and family as a fundamental pillar of life; an amazing dad in every way. For him the most sacred and happy moments were to share at home with his family, his sons and daughter; enjoyed being in the family because for him it was his most precious treasure.

Those of us who met Master Ariel Chavarría know that he was an extraordinary man, excellent human being: son, father, husband, brother, without comparison; with a very special character, a religious and God-fearing man, simple, humble, sympathetic, charismatic, very witty; an invaluable, sensitive but also very studious friend, and committed to his professional development and the professional development of men and women of this Nicaraguan Caribbean Coast, instilled those spiritual, educational and social ethical-moral values.

Together with people and their work he devoted many years of his time, his energy and his ability, which we can see in this space, in this field. He loved this university, he always felt grateful to God and the university, he served and helped his work colleagues, he cared a lot about youth spending time studying.

He always had a very cheerful smile that left footprints where he came from and with whom he shared. The essence of the teacher was to be a great human being, that essence that God gave him; He liked, in addition to sport, cooking, dancing, listening to music, laughing a lot and sharing with his family and friends.

Ariel was a man who lived intensely in every sense of life; He shared with many people and was a man of faith, who set out to achieve goals, multifaceted because he could do different actions that gave meaning to his life. We know you're in a very special place today. To heaven we want to send Professor Ariel, on behalf of the university community, a loud round of applause.

With this remembrance and the swearing of the athletes by Halima Pérez, regional president of softball in the Mining Triangle, as well as the launch of the first ball by the major commissioner Roger José Torres Postome, as receiver the master Fausto Rayo and batting the teacher Sorayda Herrera Siles, this III interinstitutional league of URACCAN Las Minas was inaugurated.