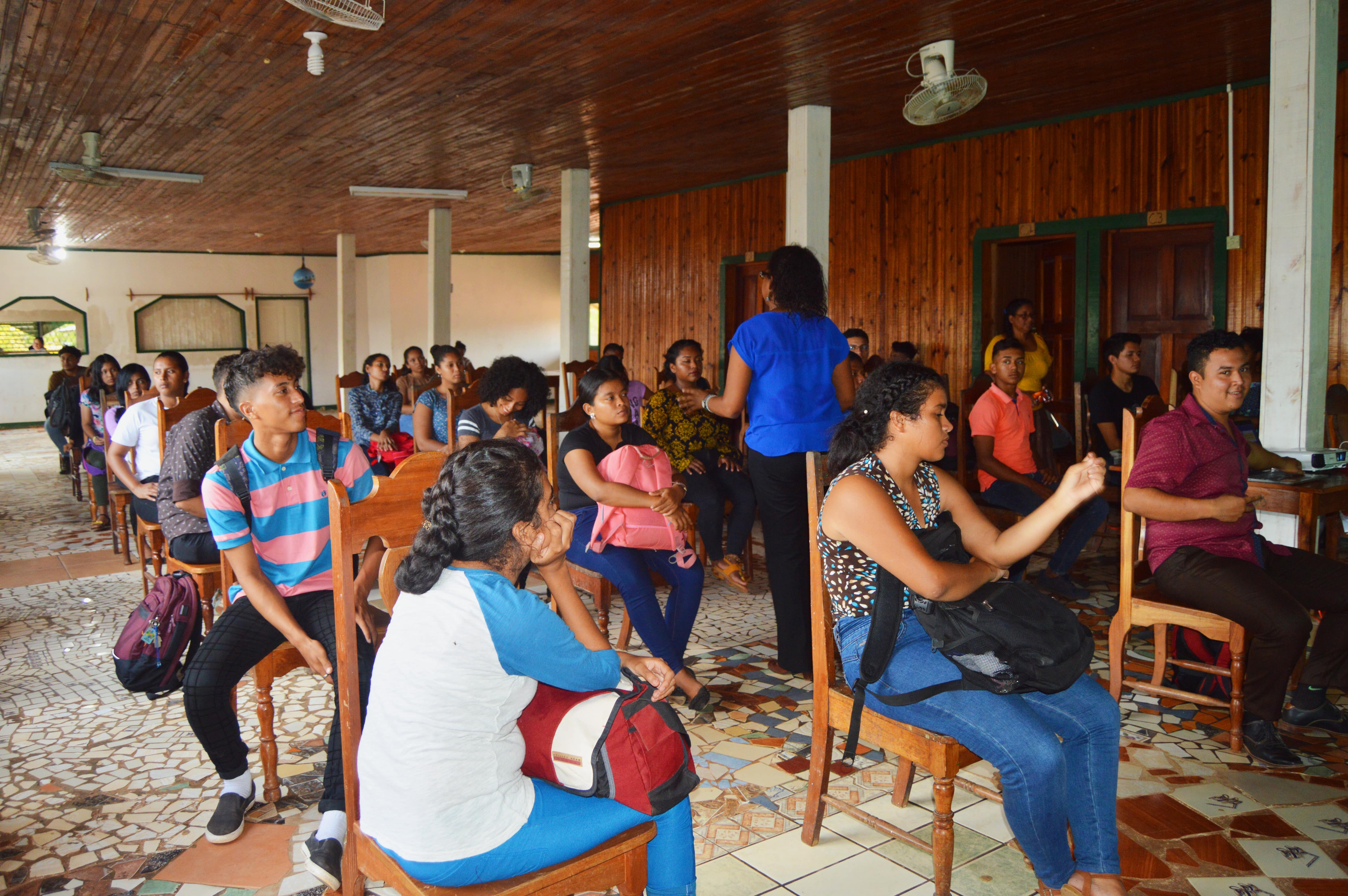 Students of INtercultural Medicine and Agroforestry Engineering at URACCAN in Bilwi.

The theme of Mother Earth from an intercultural approach, and typical of the university, was facilitated by Teacher Yader Galo, coordinator of the institutional evaluation area in the campus; the theme of malaria prevention was taught by IMTRADEC's teacher Loyda Stamp.

Stamp stated that these activities are being carried out within the framework of URACCAN's Annual Strategic Plan, "where the Institute of Traditional Medicine annually conducts a conversation with students within the framework of 22 April, defined by the UN as Mother Earth International Day and, in that regard, addressed the issue of the Environment and Climate Change and how we as URACCAN , through mission and vision, we give way to that commitment," she explained.

Through these activities, awareness is raised in the university community about the care and protection of planet Earth, which is why the first phase of this conversation was addressed from an intercultural perspective and adapted to the multi-ethnic context of Nicaragua's Caribbean Coast.

Other topics addressed in the conversation was the problem faced by the communities and neighborhoods of the municipalities of Puerto Cabezas and Waspam, in the Northern Caribbean of Nicaragua, malaria being one of the diseases that has caused concern to health organizations and institutions. To be sure, URACCAN through IMTRADEC has taken the helm of combating this disease, through preventive talks and other security measures.

Faced with this, Stamp said that this conversation was also held in the framework of World Malaria Day, which is commemorated on Saturday, April 25. "We convey key messages to students so that from each of us we can be responsible for achieving the chain of transmission," she explained.

It should be noted that the motto that is being used in communication strategies from the Ministry of Health, San Lucas Foundation and IMTRADEC is "Zero Malaria, start with me". From the university, preventive messages continue to be carried out to the entire population of the Caribbean Coast, to prevent the spread of both Malaria and COVID-19.