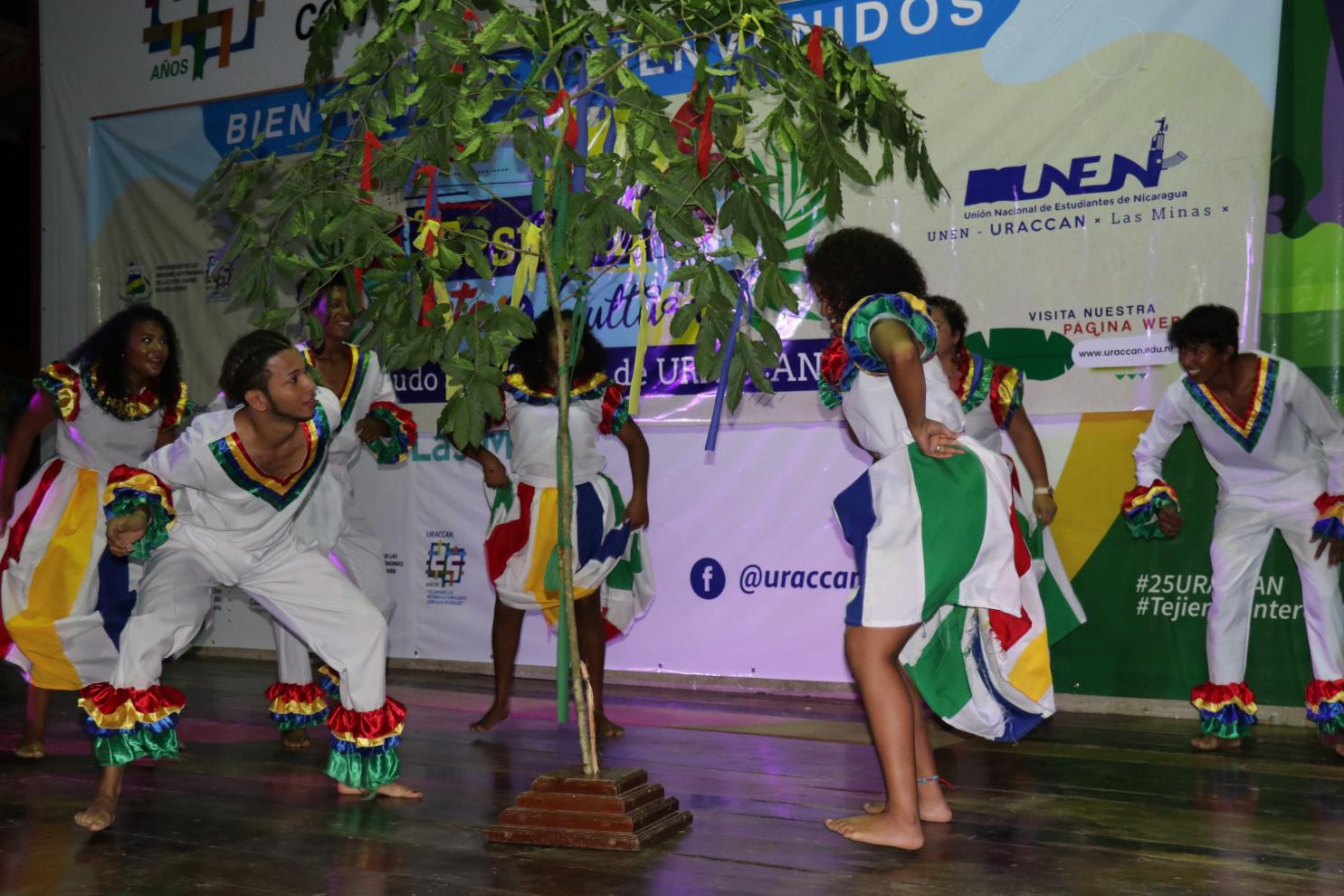 The dance groups of the National University of Engineering (UNI) and the different student representatives and delegations of URACCAN, gave everything so that once again the identity, spirituality and ancestral knowledge, which today are woven among cultures, is demonstrated to contribute to the new knowledge, recreated by the URACCAN in the II Artistic and Cultural Festival , carried out as part of the activities in honor of the student's day in Nicaragua and in commemoration of the 25th anniversary of the Intercultural Community University.

In the second block of national dance, it was possible to appreciate how this interculturality of the peoples of Nicaragua was knitted, from Managua with El Solar de Monimbó, masterfully performed by UNI, to mix with the northern culture interpreted by the Waslala Dance Group, who shared the northern and central culture of the inhabitants of Nicaragua, and then reached the Caribbean Coast , with the URACCAN Bluefields Group, which shared the spirituality, identity and knowledge of the Garífunas and Creoles peoples, where the tip and the Palo de Mayo, a clear expression of Afro-Caribbean culture, lived with the magic of the Afro-Caribbean population of Bluefields. 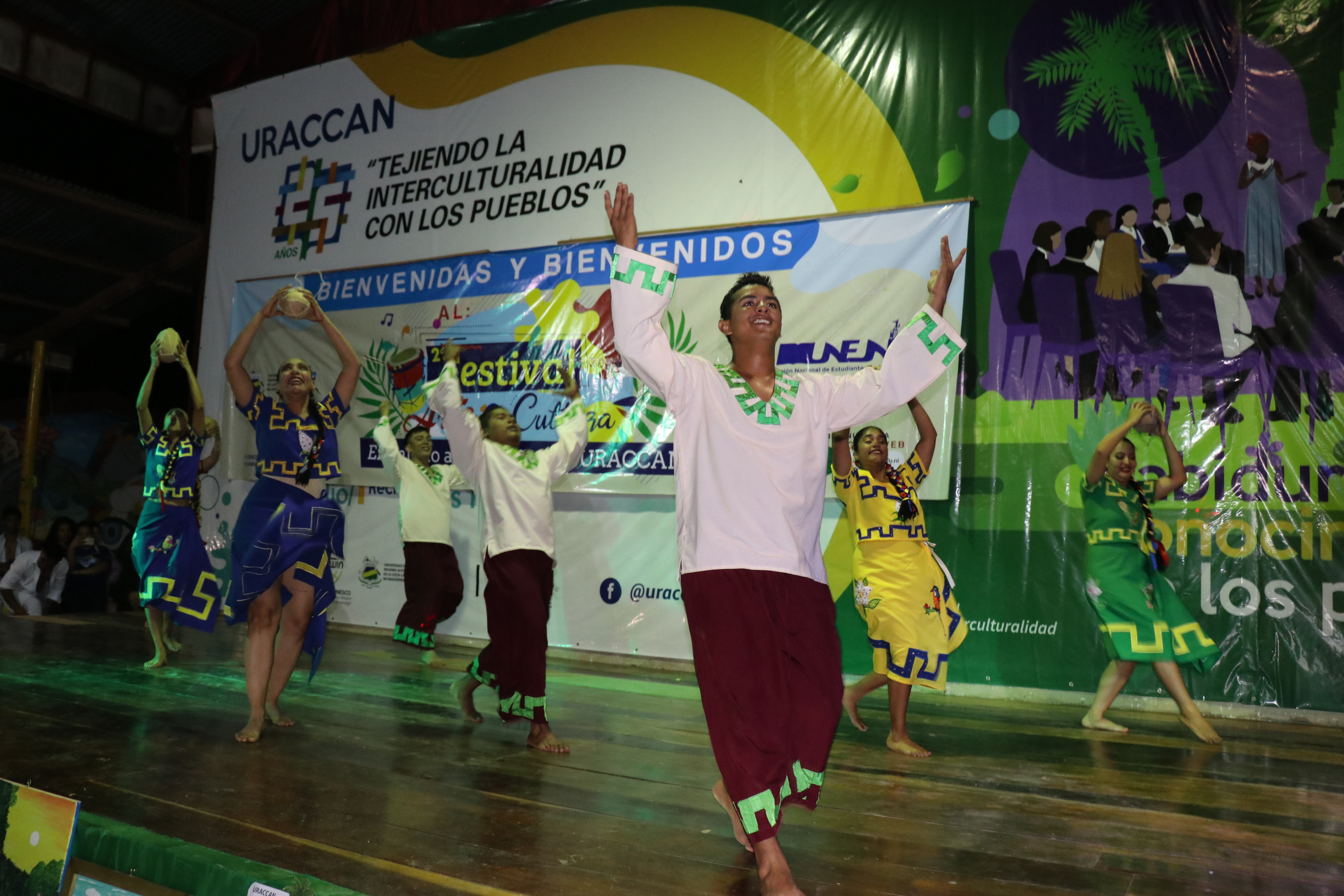 The group of URACCAN Siuna, also made a presentation of tango, as part of the culture of South America, that are rescued in the experiences of our peoples, and then recreate the mermaid, a beautiful woman who lives in the rivers and the Caribbean Sea, according to our indigenous culture Miskita, and then revive the soup in the meza of cost dimension , to close with the garifuna tip.

URACCAN Bonanza students shared part of African-American culture, with electronic music beginning to appear in the 1980s, such as Techno, along with the House. The House was born in Chicago, Usa, oriented to the African-American public, then in the 90s arrives in Europe mixing with pop, rising great popularity, but we were delighted with the cumbia and meringue that are part of the culture of our Latin America and the Caribbean.

The representation of URACCAN Rosita, showed the gender perspective that is lived in our university, with the miskita dance to the rhythm of Lunikus Mairin, which pays homage to the Miskite woman of the Caribbean Coast of Nicaragua and Honduras.

The population of Siuna, turned to watch live the II artistic and cultural festival in an open auditorium, full of spectators who came to enjoy to the fullest the artistic expressions, which once again URACCAN, in its 25 years, shows that it has been weaving that interculturality with the peoples since their experiences.