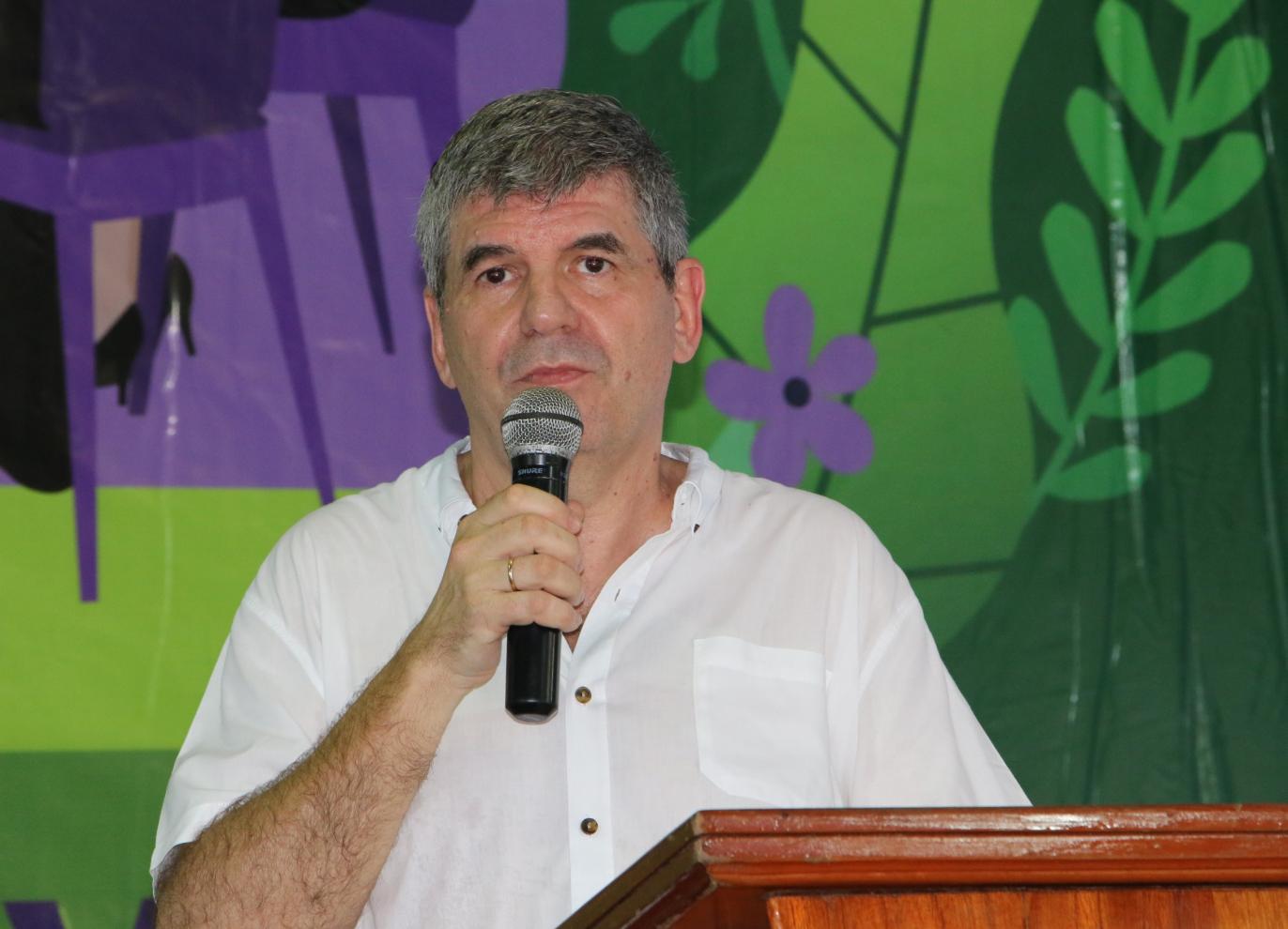 "The importance of CRES 2018 for Intercultural Education"

On Monday, July 22, in URACCAN from the Las Minas campus, the LAUNCH of the UNESCO Chair "Wisdom and Knowledge of Peoples" was held, where the university community participated, students of the Doctorate of Intercultural Studies, civil society, municipal and regional authorities.

"The importance of CRES 2018 for Intercultural Education" was the central theme of the Master's Conference given by Dr. Francisco Antonio Tamarit, former rector of the National University of Córdoba, Argentina and General Coordinator of CRES 2018.

The Voice of Interculturality 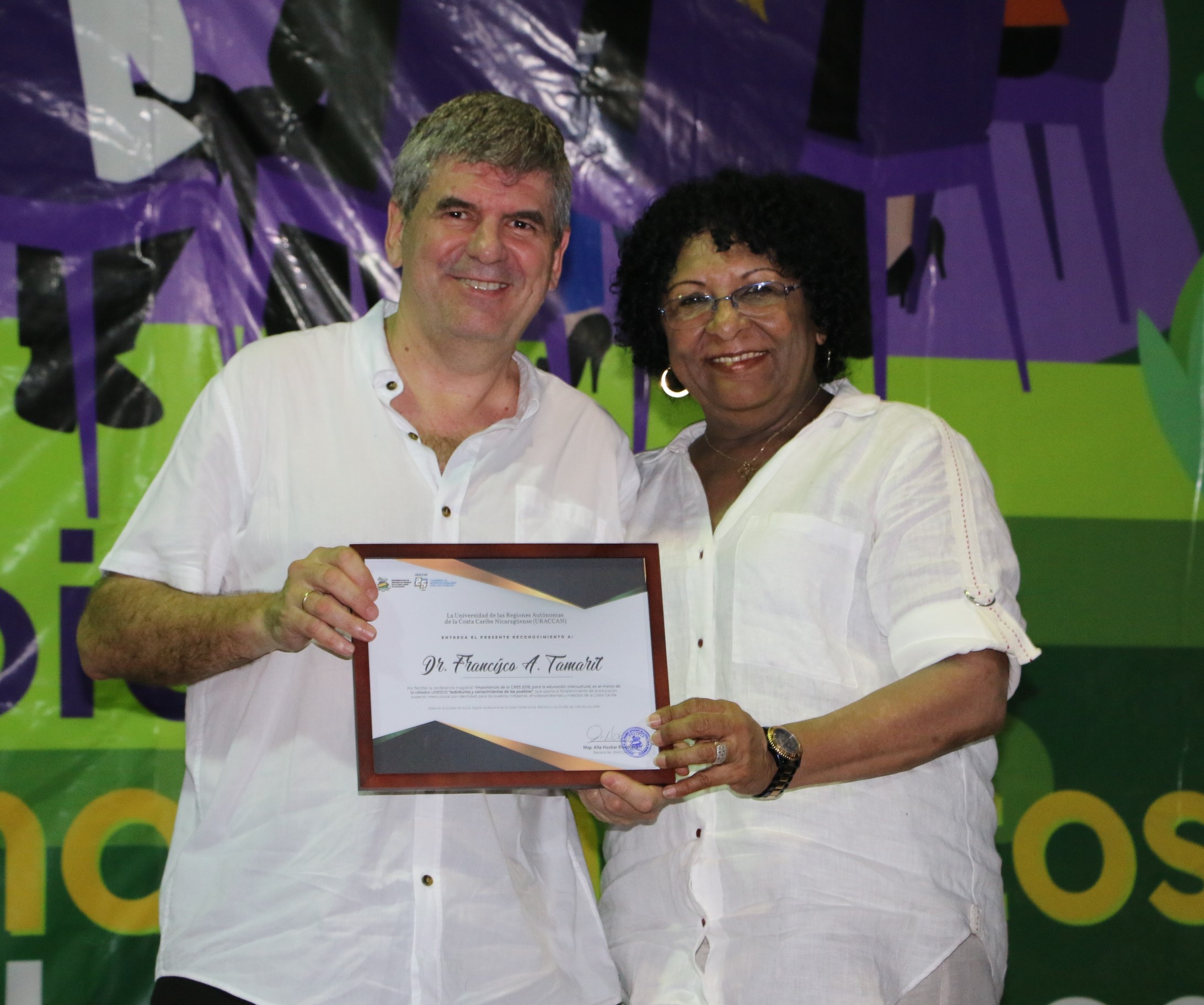 Dr. Tamarit listed his visit to URACCAN as "a spiritual necessity", he also expressed that he admires the great work that the university does as the "Voice of Interculturality, the voice of the greatest wealth that we have on the continent so that in other latitudes traditional institutions of Higher Education become aware of the need to transform us to transform this continent" Pointed out.

Tamarit thanked them for the recognitions given to them by the municipal commune of Siuna, the URACCAN and PhD students, "I thank the university, its rector and RUIICAY, it is certainly one of the most important experiences we have had in our region, congratulations to all the members of URACCAN, for that magnificent, humble, but powerful, generous, generous work , they perform every day from so many different places," he added.

The professor stated that in particular it is difficult to address the issue of interculturality with the members of the URACCAN "because here are the experts in interculturality, because you live daily with the benefits, with wealth, with that plus that gives us diversity and that we must often admit, is not recognized in our American and Caribbean societies" Expressed.

Criticism focused on the revitalization of culture

Through the presentation of Dr. Francisco Tamarit he was critical of the nations that prefer to see cultures as folklore "we deny ourselves the legacy of our own culture", he stated that in his constant visits by ancient peoples of Latin America they have made analyze how little we value the culture in which we live since conventional and traditional education " over 5 centuries, we have been unable to build a culture of mutual respect, a culture of respect for multinationality," he emphasized.

"Despite being such a rich continent, we must admit that we are a continent full of shame, in Latin America we live 8% of the inhabitants of the planet, yet 42% of the violent murders of the world are committed in Latin America and the Caribbean," Tamarit said, so he argued that universities are no strangers to the responsibilities that these events issue because in these 500 years instead of transforming society , to generate conditions of fairness, of good living, in addition to helping to better the quality of life of people has been dedicated to breaking the standards of the revitalization of cultures, because they intend to form elites and have forgotten the true needs of the continent, he argued.

Higher Education is a right, not a service

Tamarit, assured that in these times despite so many educational advances, Higher Education is endangered, "for many decades Latin America and the Caribbean have been fighting, whether with the world the ultimate sense of higher education," he stressed. 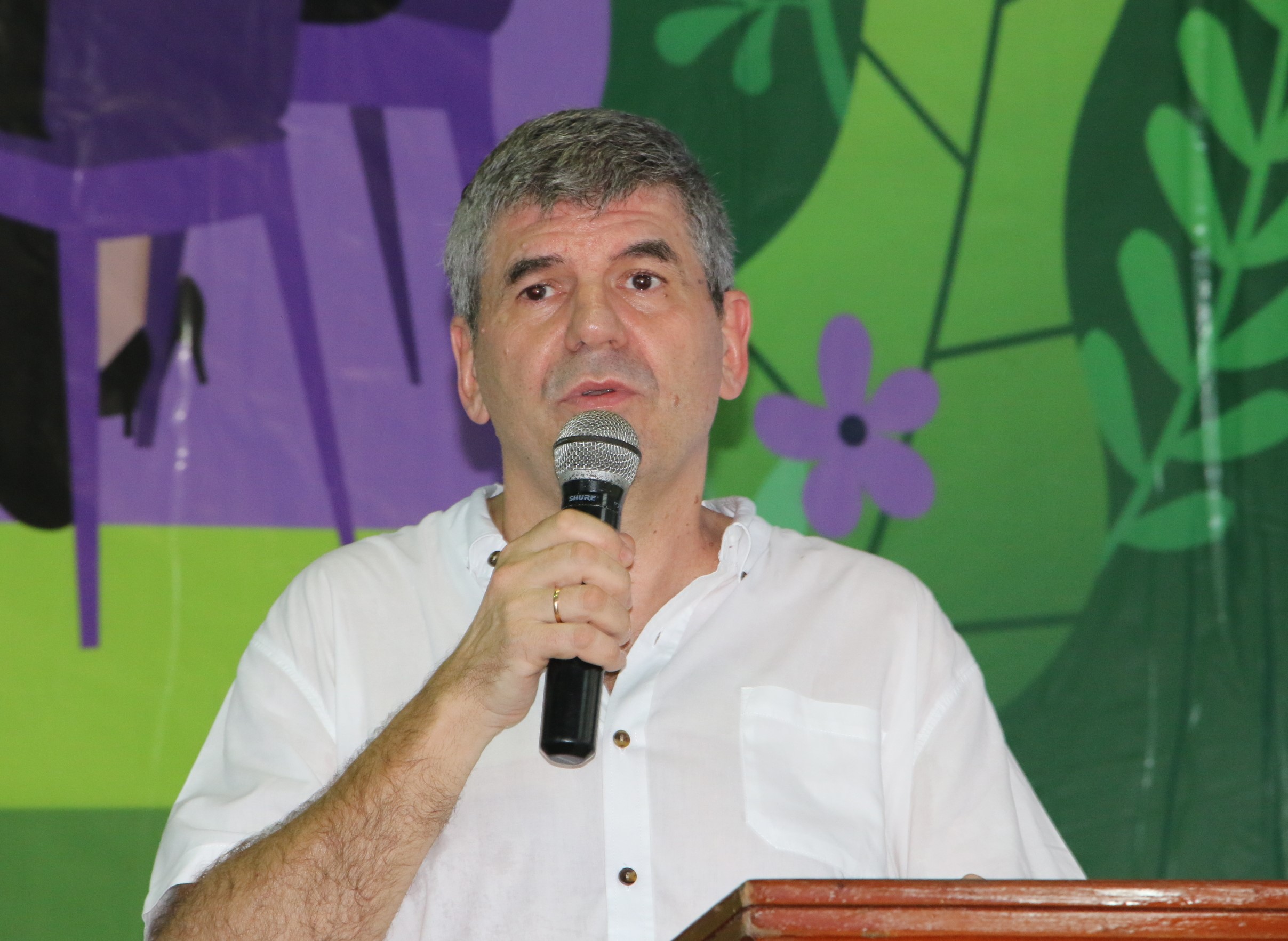 European systems managed to form several universities according to the needs of each country, unlike intercultural Community universities Anglo-Saxons "provide a service, not a right for the citizens of that country and because it is a service, it does not have to be a guarantee of the States, it has to be an effort of the citizen who wants to form because they consider that the profit that will give him the access to the university , the comparative advantage in terms of work deserves to be he who finances and takes care of his higher education," Dr Tamarit said.

States use higher education to motorize knowledge production but it is not a right like primary education, secondary education, health or safety, Tamarit said, further stated that "we are not able to build a knowledge system that addresses our realities and not the realities of others" because Latin America and the Caribbean did not discover that the magnitude of problems and challenges make inexorable that to solve the slow reality in the you live you have to build a new higher education system, he said.

In this regard, the representatives of these continents stated that "higher education must be valued for its social membership, because it deals with the problems of the people" this was valued by the enormous pressure on Latin American countries for them to accept that higher education was already a globalized process and therefore the solution had to come from outside Francisco Tamarit said.

The importance of CRES 2018 for Intercultural Education has served as a seed building space for the new university that Latin America and the Caribbean want and need, "it is important that our large, classical universities are important that they also have their attention focused on interculturality, that they have interculturality programs, that practices be reviewed , take care of being much more respectful," Tamarit said.

"The Universities of the original peoples closed the CRES, but that is not enough, there needs to be mutual respect, an epidemic respect too, that puts in dialogue the knowledge, so that so that where some see conflicts, we can show that there are riches, that there are new solutions, that Latin America is not only to defend itself or to isolate itself, that Latin America has something to tell the world and that each of the original communities , with each of our Afro-descendant communities, with each of our half-breed cultures built on the contribution of Europeans too, have something to contribute," Tamarit concluded.