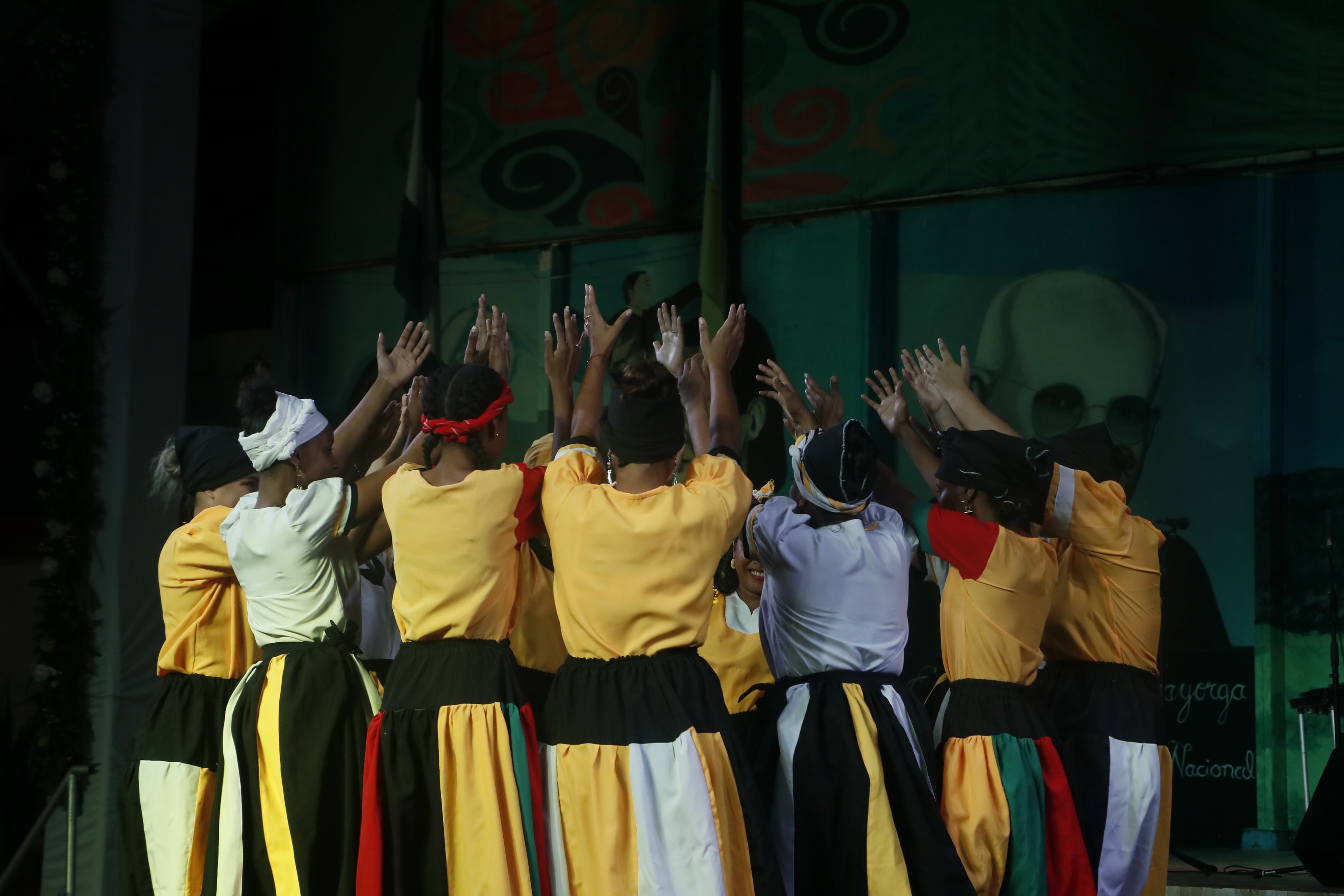 URACCAN exposes the pride of its cultural identity

The celebration of the II International Festival of the Arts Rubén Darío, based in León, Masaya and Chinandega; it was a meeting of cultural exchange, through the talent of national and international artists; which, through poetry, art, music, dances and sones, recalled the universal legacy of the life and work of the great Poet Rubén Darío.

URACCAN became present as the ultimate representation of the multiculturalism and multiculturalism of indigenous, Afro-descendant and mixed-race peoples of the Nicaraguan Caribbean Coast, demonstrating the spirituality and ancestral knowledge, which contribute to the cultural exchange and revitalization of worldviews.

Cultural representations that radiate the spirituality and worldviews of peoples

Among the artistic compositions interpreted by the word, he highlighted the participation of the literary group Presagio, of URACCAN enclosure Las Minas, with ideas and fragments written from his own experiences. "Moon" and "The Last Sigh" were some of the poems with which Jeimy Barrera and Heliberto Cantillano, members of this group, moved the audience.

As they continued this cultural festival, the representations of the URACCAN expressed a repertoire of dances of the Creole people, Plat Pole (Palo Encintado) and a socca entitled Tropika, followed by the May pole (Palo de Mayo), closing with a finishing this magnificent presentation, with a performance of garífunas dances based on drum and singing, which made even the most tired of spectators stand up.

Promotion and rescue of Caribbean culture

In short, during this festival there was a waste of talent that prioritizes and puts into perspective the cultural identity of the Caribbean Coast, as expressed by Axel Molina, in charge of the culture area of URACCAN Bluefields venue, who also recognized the invaluable work that has been achieved since rectory, through the leadership of the rector, Dr. Alta Hooker , for the development of the talent of students who ratify the intercultural community university model.

"It's an excellent job, because our rector has always been on the toes of value promotion and cultural rescue at our university," Molina concluded.

In this same sense, Salomón Alarcón, artistic director of this festival, assured that the representation of URACCAN vivifies and strengthens twinning among each people, making Nicaragua visible as one nation, proud of its identity and cultural diversity, which contributes to the Good Living.

URACCAN, makes you feel the pride of training professionals who promote the multiculturalism of the Caribbean Coast, and consolidates your commitment to further strengthen the talent and skills of your student, prioritizing spaces where human talent, principles, values and respect for the diversity of cultures are promoted.