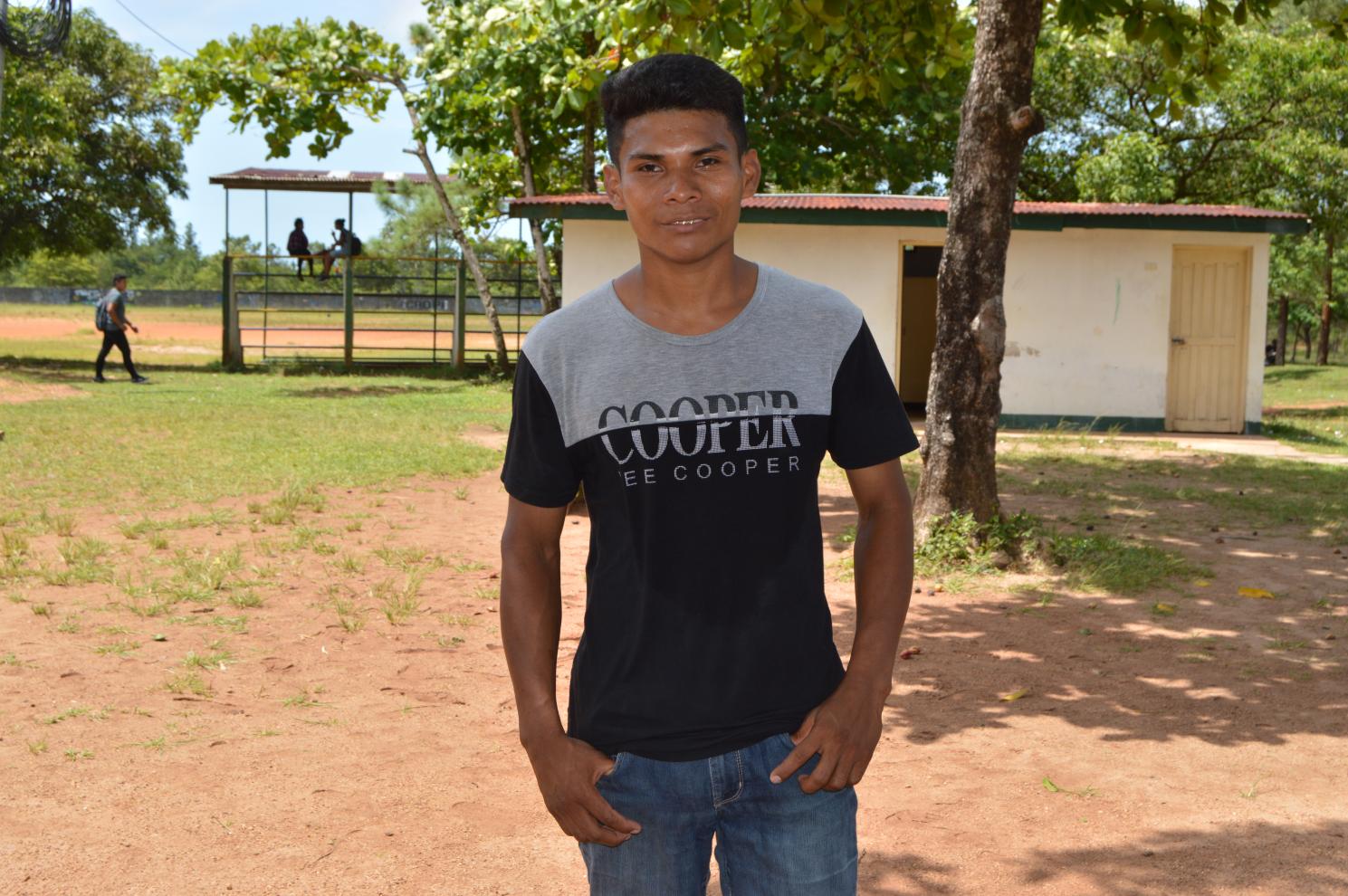 Roots of a leader

The University of the Autonomous Regions of the Nicaraguan Caribbean Coast (URACCAN), as the first Intercultural Community University of Latin America, has been working to bring Higher Education to the farthest reaches and historically has not been taken as actors, such as the young misquito Vicente Urbina Orozco, originally from the Walakitan community, of Upper Wangky , in the municipality of Wiwilí, Jinotega department; who tells his experience after staying for 8 years at the URACCAN Bilwi venue.

Vicente, in 2012, was a 17-year-old and a good elementary school student, one night the leaders of his community visited his home to give him the news that he had benefited from a scholarship from the URACCAN Leadership School in Puerto Cabezas, but that he had to travel in the early morning , for days, by the Coco River, until reaching Waspam, there the leaders of several communities gave the authorities of URACCAN the number of 14 fellow students, Vicente was the only one of the Walakitan community, from that moment began his studies in this alma mater.

Arriving at the boarding school, in the Bilwi compound, Urbina did not handle Spanish, only spoke in his mother tongue, according to the vice-chancellor of the URACCAN Bilwi enclosure, Enrique Cordón, "Vicente only 100 drew in mathematics, but in the other classes he was very low, that brought him some consequences, which he was able to overcome over time".

"Of the 14, only 8 of us qualified, others because they didn't have complete documents and others because they were minors," Urbina said. The generation in which Vicente remained was the fourth in the Leadership School, here they receive secondary education in an accelerated way, in 3 years the bachelor's degree is received, that is why the young man graduated with honors in 2014, representing during his second and fifth year the School of Leadership in the Mathematics Olympics , getting the second and first place respectively. 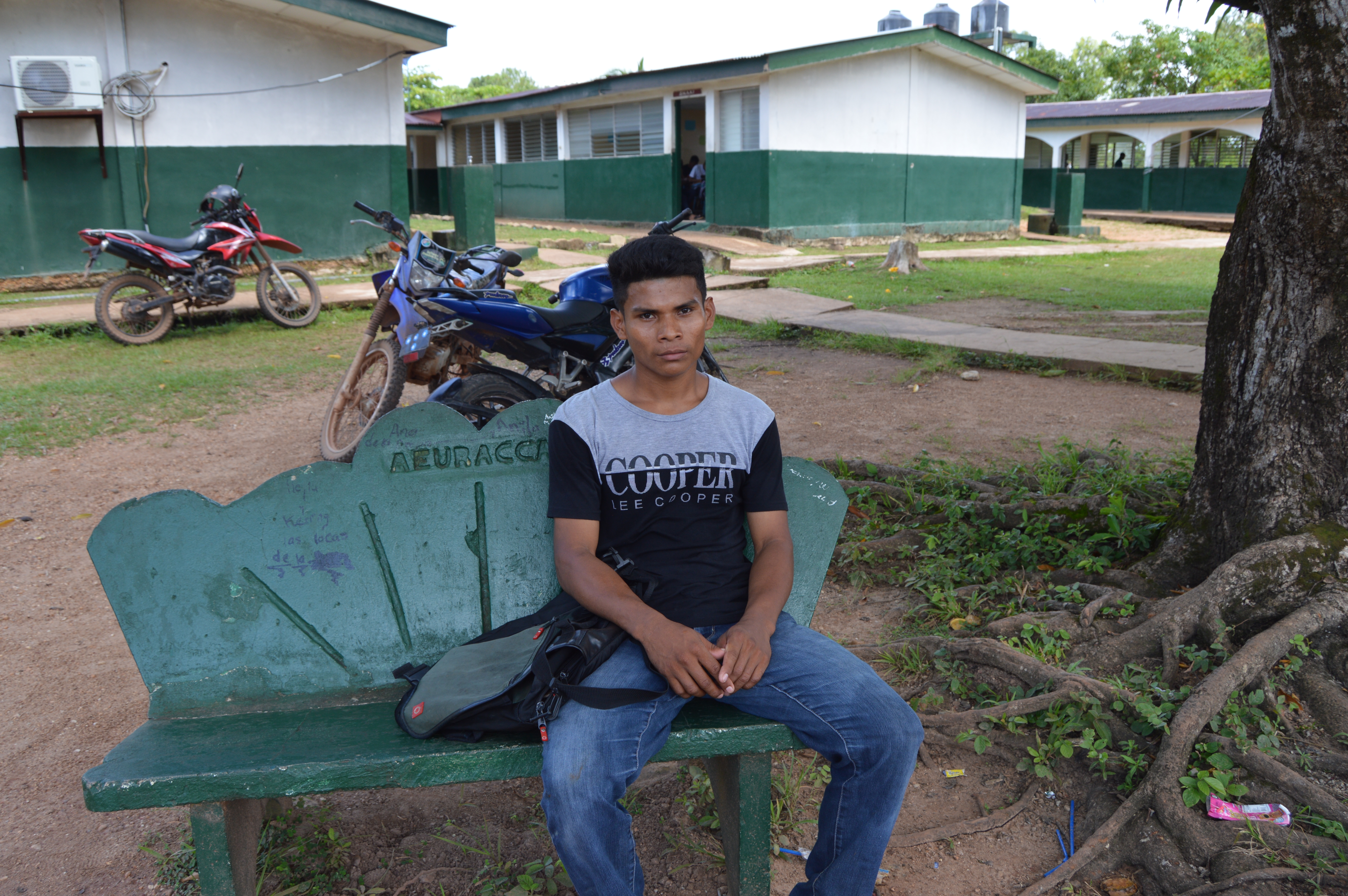 Urbina travels for 5 days to get home from Puerto Cabezas, boards a bus to Managua, then another that takes him to Jinotega; then take transportation to Wiwilí, where upon arrival, it is his turn to travel by water; so aboard a motorboat down the Coco River it reaches its destination, the Walakitan community, where its mother and 6 siblings welcome it with great joy and fervor; throughout the day he remains at the URACCAN facility in the Bilwi compound.

In 2015, for his high academic performance and good behavior, the university gave him a full scholarship to continue his university studies in this alma mater, Vicente, without thinking twice, accepted the proposal and his first option was to graduate from the bachelor's degree in mathematics, but as in this campus there was not yet that option, then, he chose to study civil engineering. He is currently in the fifth year of that career, "as I won at the Olympics, the university recognized me and gave me another opportunity to continue studying," Vicente said.

The young misquito indigenous man stated that he felt good in URACCAN, "as in my community, it is already 8 years," Vicente stressed, "I promised myself to be a good student and with good behavior, to show people that we in communities can excel," he emphasized. Of the 8 selected in 2012, only Vicente has managed to stay at URACCAN.

For Urbina, the university changed its life, that's why, that's why it believes that in this house of study, there is no discrimination, no racism, there is a lot of respect for different cultures, "it is an intercultural, multi-ethnic, multilingual university, I can also say that there is no discrimination, there you can study and have good communications with people", he concluded.

Vicente is a young man of humble characteristics, his ultimate dream is to return to his community to teach math classes to the children of the territory, he has always tried to be a good person, in addition, during his vacation, when he does not travel to his native community, seeks to practice work in local business, without losing classes in the university.

URACCAN in its 25 years has formed leaders and leaders with the aim of strengthening the regional processes of indigenous, Afro-descendant and mixed-race peoples, in addition, from the intercultural community model dialogues of knowledge, balances and harmonious coexistence between the territories of nicaragua's Caribbean Coast are fostered.