Recognition of URACCAN in Las Minas

URACCAN, in its university campus in Las Minas, held the central event of the launch of the 25 years of the Intercultural Community University, in the Mama Cheya auditorium, during which it received recognition from Caribbean society and its departmental and municipal authorities of Siuna and the Mining Triangle, in the Autonomous Region of the North Caribbean Coast.

Mercedes Gatica Salazar, promoter of Caribbean and Nicaraguan culture, in Siuna, gave to the Ph.D. Leonor Ruiz Calderón, vice-chancellor of the URACCAN Las Minas venue, a recognition and a memory box. 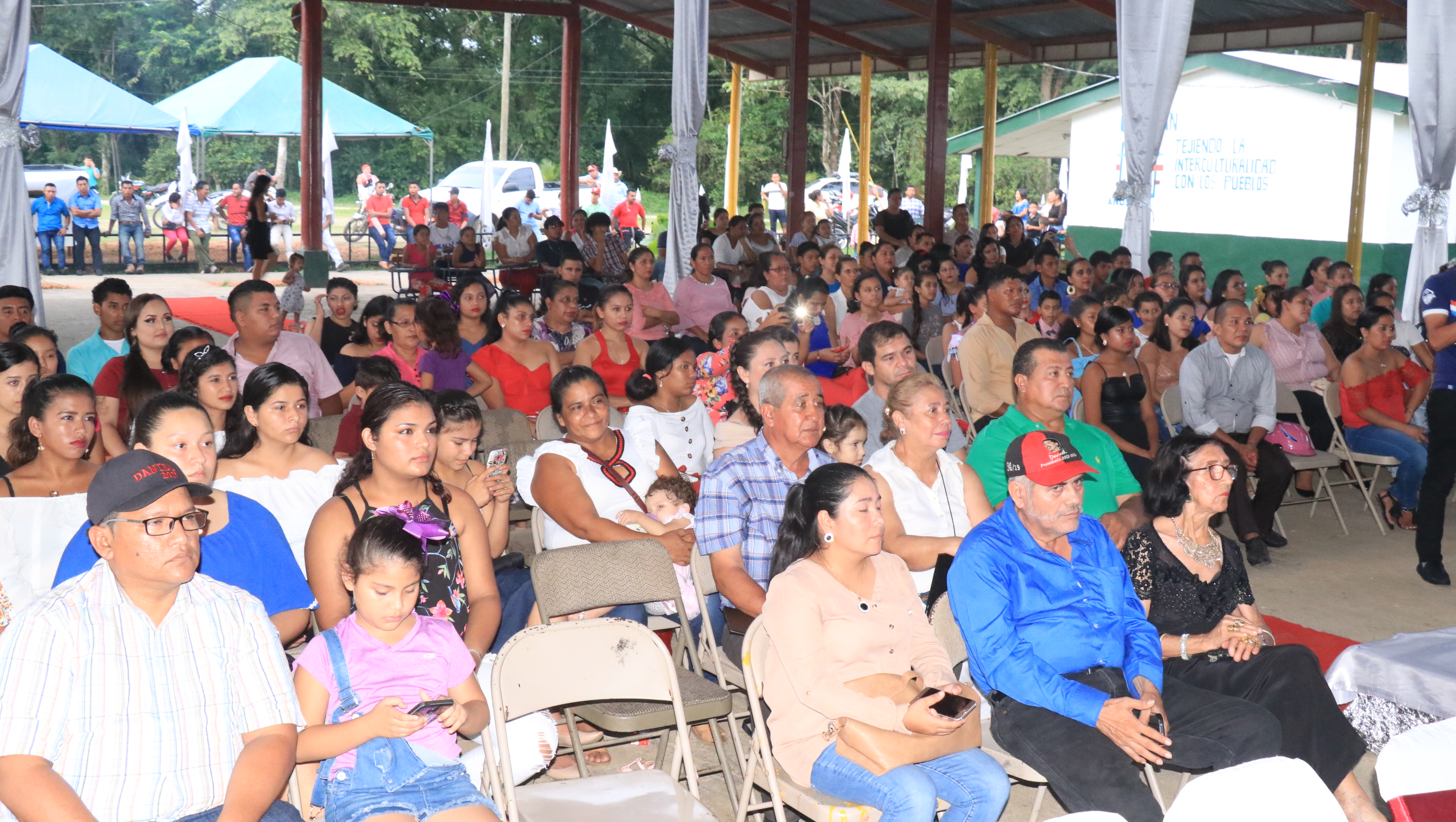 For his part, Yamileth Roque, on behalf of the Departmental Sandinista Leadership Council of the FSLN, in the Mining Triangle, Prinzapolka, Mulukuku and Paiwas also gave a certificate of recognition, highlighting the work that URACCAN has carried out on the Caribbean Coast with Intercultural Higher Education with relevance.

In addition, the authorities of URACCAN Las Minas also gave recognitions to siuna personalities, who played a key role in the early days of URACCAN, also gave awards to students who at that time were part of the Association of Students of the Atlantic Coast (Aesca) such as Ph.D Jacoba Dávila Molina and URACCAN collaborator Blancaeno Cent , who is one of the first workers to have URACCAN in Las Minas.

URACCAN as a higher education institution on the Nicaraguan Caribbean Coast enjoys great prestige and respect on the part of community, municipal, regional, national and international authorities for its model of Intercultural Community University and its work for community training and extension in the Caribbean of Nicaragua, the country and Abya Yala.