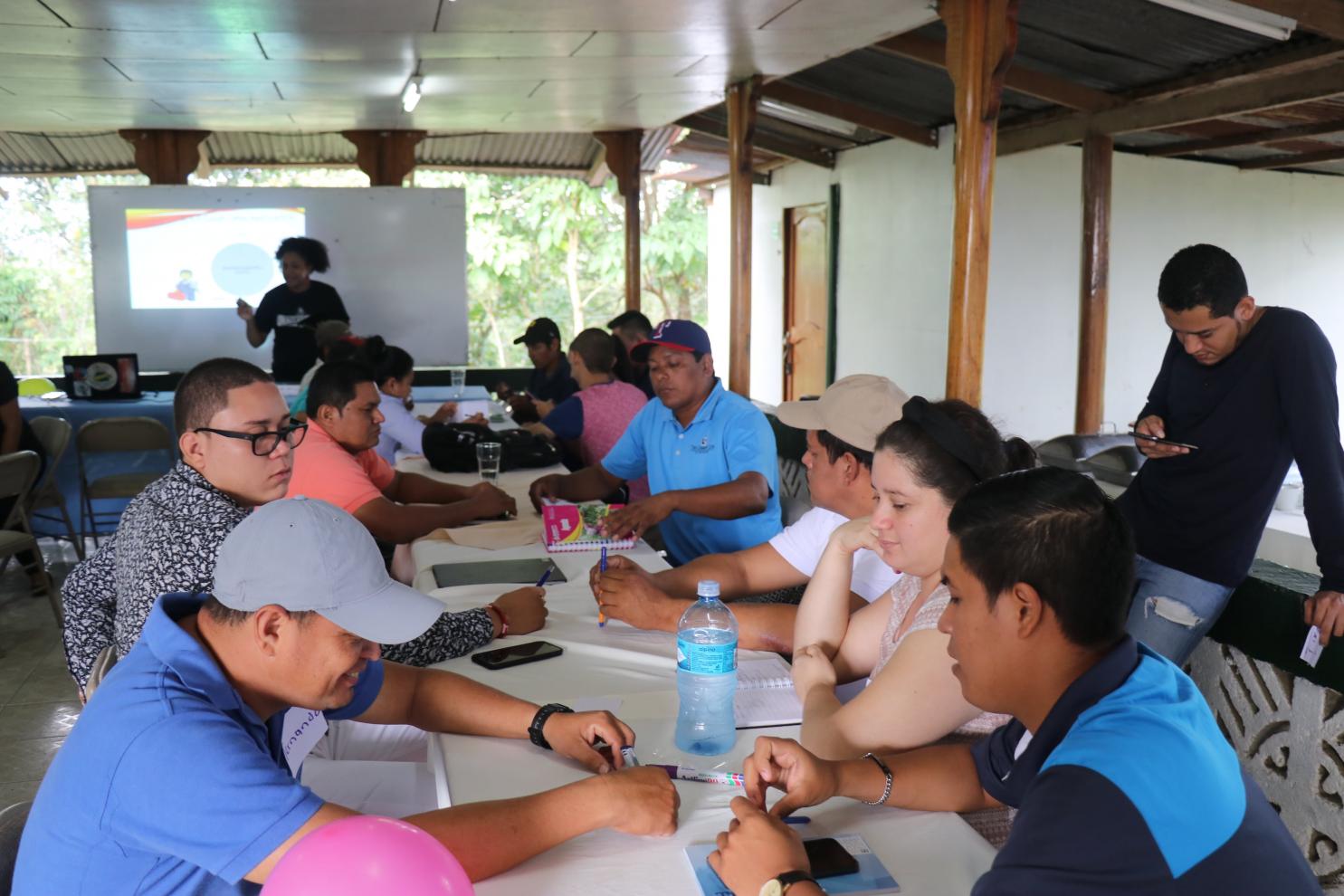 By: Jindriska Mayorga and José Garth

With the participation of local actors and actors from the municipality of Siuna, Autonomous Region of the North Caribbean Coast, the first Bootcamp is held in URACCAN Las Minas campus, developing processes to promote the community economy, under the Nicaragua Project of the Communications Infrastructure Program of the Caribbean Region (Carcip-Nicaragua) funded by the World Bank, in partnership with URACCAN , according to the information of teacher Heydi Forbes, coordinator of the Center for Innovation and Intercultural Community Entrepreneurship, Slilma, of URACCAN Bilwi enclosure.

Dr. Leonor Ruiz Calderon vice-chancellor of URACCAN Las Minas, welcomed everyone and all highlighting the importance of this idea in the potentialization of the skills, strategies and knowledge of the participants.

"It is a short course that needs the attitude and commitment of oneself, to be able to learn something else, which is in line with globalization and has to do with new technologies," Ruiz said.

According to the participants, local actors, this initiative allows them to learn and have the new knowledge to innovate in the productive part, in the agricultural sector and establish alliances with institutions to develop the municipality.

The facilitator of the workshop, Heydi Forbes, further stated that this first Bootcamp seeks to create, organize and promote more articulated and collaborative ecosystems that allow to use tools of innovation and entrepreneurship for the development of processes that are aimed at promoting a more supportive economy. The teacher also noted that actors represent civil society, micro-enterprises, and state institutions.

URACCAN seeks to promote and promote within its students innovation and entrepreneurship as a strategic axis, established since its institutional planning.