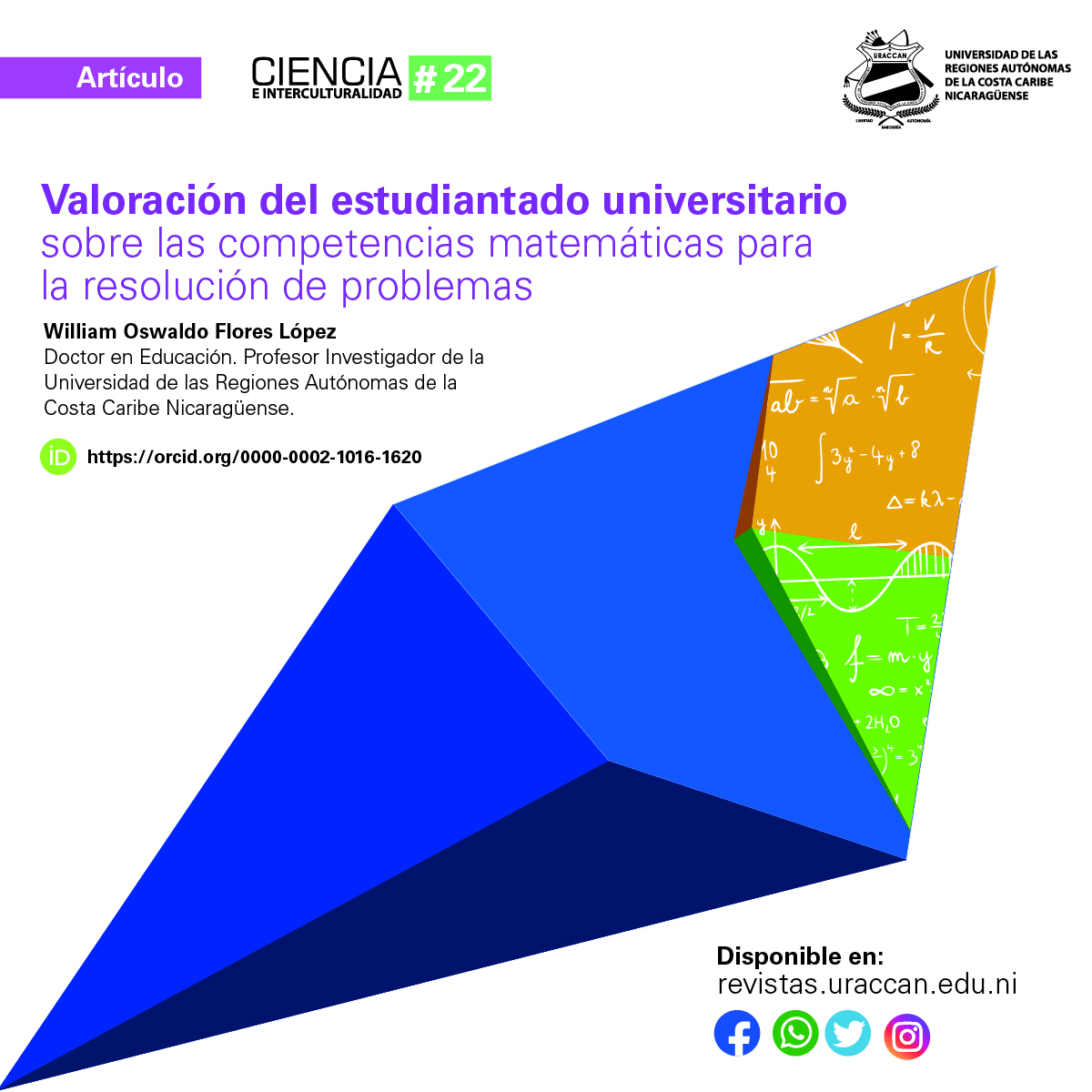 "Valuation of the university student on mathematical competences for problem solving" is the title of research carried out by William Oswaldo Flores López, Doctor of Education and Research Professor at the University of the Autonomous Regions of the Nicaraguan Caribbean Coast (URACCAN), which was published in the Journal of Science and Interculturality, in volume 22.

This study aims to check for significant differences between men and women, in the same way in ethnic groups, by thinking, reasoning, arguing, communicating, building, representing and solving mathematical problems. In addition, one of the starting points of this research work is the lack of basic knowledge in mathematics presented by high schoolers in admission exams, interrupting the learning of new subjects at the university.

In this sense, this research takes on relevance by providing useful and effective information that serves to create and improve educational development in the subject of mathematics, which promote a more complete and feasible learning process in the student.

This important study was conducted from the quantitative methodology used to measure patterns of behaviors through the categorization and description of the profiles of the people or groups that are studied, in this case men and women, and ethnic groups.

Similarly, the author argues that the Mayangna people "present greater difficulty in the development of mathematical skills", because they face some obstacles in the learning process, since they study concepts and resolutions of mathematical problems in a language other than their own.

This recognizes the importance of creating training processes that include students from ethnic groups to improve and facilitate their forms of learning.

It should be noted that this research represents a valuable contribution to new ways of developing mathematical skills, linking methodologies related to daily life; it also expresses the responsibility of teachers to improve the education process in a more important way with ethnic groups.

This scientific contribution serves as a basis for teachers and students, to create new methods of learning, but in turn will serve the entire regional autonomous education system, as it shows key points that will serve to improve education, even from the first years of life, promoting more inclusive and quality teaching, with more practical methodologies and adaptable to the context in which the original peoples live.