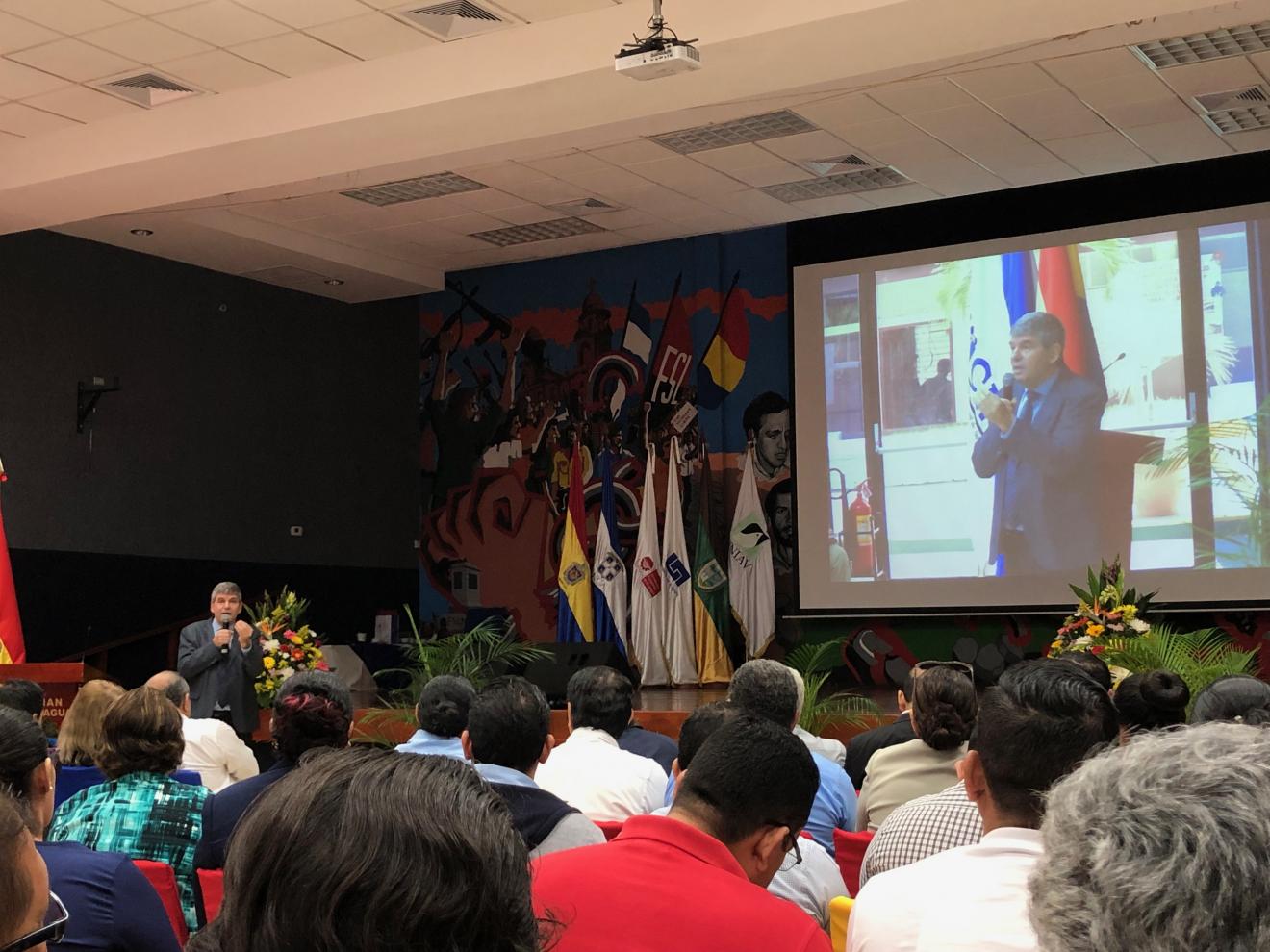 The Intercultural Community University (URACCAN), participated, through a delegation, in the conference on "The Plan of Action of the Regional Conference of Higher Education (CRES) in the Latin American and Caribbean context", presented by Dr. Francisco Tamarit, General Coordinator of CRES 2018, at the Fernando Gordillo Cervantes Auditorium, UNAN- Managua.

During his speech, Dr Tamarit thanked the authorities of the National Council of Universities (UNC), for the invitation and exchange of experiences, and in a special way, publicly thanked Dr. Alta Hooker, rector of URACCAN and coordinator of the Network of Indigenous, Intercultural and Community Universities of Abya Yala (RUIICAY), emphasizing URACCAN's contribution to the university system in Nicaragua , through interculturality and the Good Living.

Evolution and contributions of CRES

At the start of his presentation, the academic took a timely and chronological tour of all the historical processes in Latin American Higher Education, and the efforts to create spaces of exchange and decision-making, such as CRES, "talking about Latin America and the Caribbean is a difficult thing in our region, because... there must not be in the world, a region with a rift as deep as that between nations that speak mainly Spanish and Portuguese, with nations speaking English, Dutch and French. And this is part of an already long history of reunions in Latin America and we certainly have a big share of responsibility," he said. 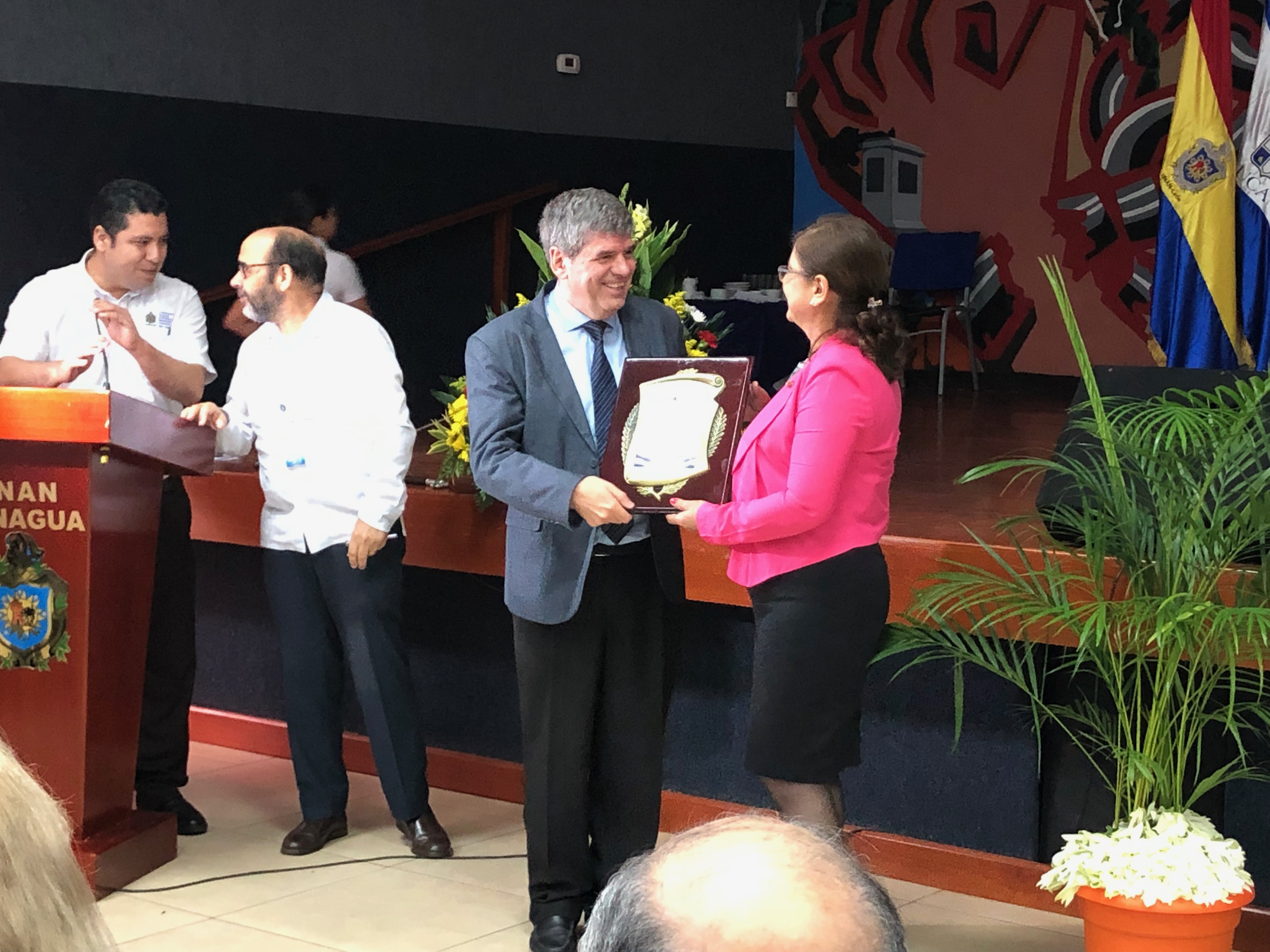 From this perspective, Tamarit emphasized Latin America's own differences in education and, even more, development. For this reason, the exhibitor highlighted latin America's contributions through CRES, convincingly proposing that Higher Education is a right like any other and not a service that can be offered.

"And this was Latin America's response to a world that continued to insist on making Higher Education a commodity, which required us to detach ourselves from the sovereignty of knowledge production, under the pretext that we have no capacity to be competitive in knowledge production," Tamarit said.

In this way, Tamarit described the creS processes, where Latin America made proposals with energy and strength, resisting and preventing central nations from seeing Higher Education as a right.

On thematic axes of the Conference

In addition, the speaker emphasized the axes addressed during CRES 2018, where more groups, more associations, more networks, more universities converged than in past editions of cres, resulting in an unreleased final declaration, which collected the thoughts and feelings of many universities, councils, agencies, etc. From Latin America.

"There are discontents, there are absences in the statement, but it is unpublished that 15 thousand higher education institutions, represented by councils and networks, have reached a single statement, and just as we finish CRES, we begin to work for seven months on the elaboration of the action plan, an action plan that is available for you to study, modify it, choose on which axis to work" Said.

In this regard, Tamarit mentioned that this action plan is based on guidelines, objectives, goals and actions suggested around the thematic axes of CRES 2018. According to Tamarit, the CRES action plan worked as rectors, networks, councils, higher education academics, in short, countless personalities who had advocacy spaces at the Conference. 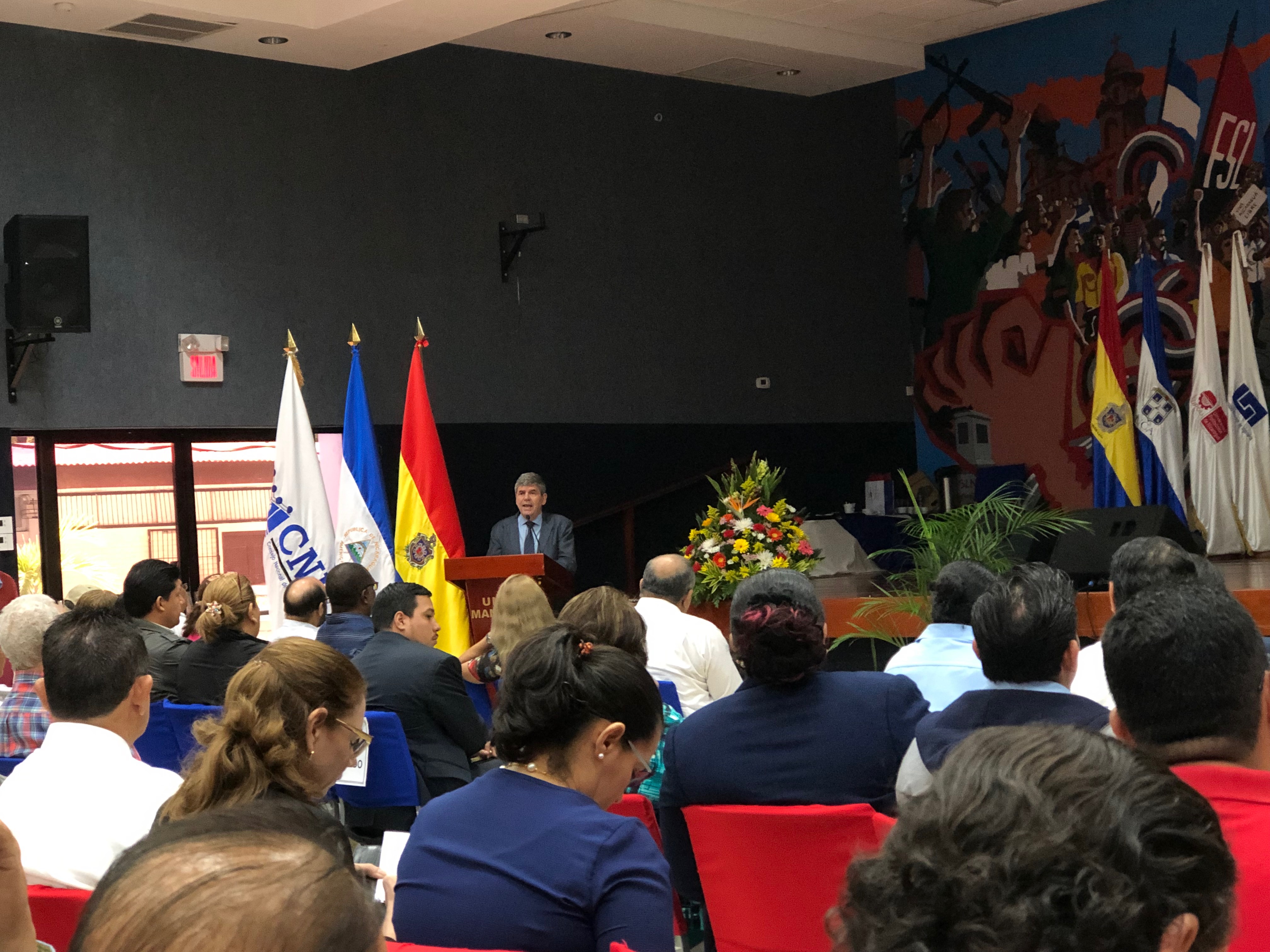 During his presentation, the Argentine professor emphasized the work done by URACCAN on the Caribbean Coast and Dr. Alta Hooker, through RUIICAY, in the peoples of Latin America.

Tamarit spoke about creS's reflections on the world's historical debt to indigenous peoples, commenting that "20 percent of our population is pure native, 8 percent are pure Afro-descendants, as they are absent; universities are institutions of mixed-race peoples, because there is no room for them, they who are the engine of work, who were exploited, who were invaded, who were forcibly brought; it's been 500 years and they still don't have an answer," he explained.

He also called on the university, institutions, councils, networks, agencies, higher education, to work on the issue of interculturality but from social and community relevance.

"Of course there are great examples, and I always highlight Nicaragua, because there are not many experiences generating, like those that are being done on the Caribbean Coast... on the Coast coexist the Creole tradition, the Mayagnas, the Miskitos, the Branches, the Mestizos, the Garífunas, to cite only a few, and I wonder how narrow reality would be today if only for the sisters and brothers who many decades ago decided to lead Higher Education as a way to transform, but above all as a way to generate this intercultural dialogue that marveled at me , I was excited and that I will take it as an example to spread in Latin America, that is why cultural diversity is the most outgoing trait that had, not the preparation of cres, but cres, the surprise presence for many, of the original peoples, the positive impact that this caused, especially in the Latin American university leadership," Tamarit concluded.