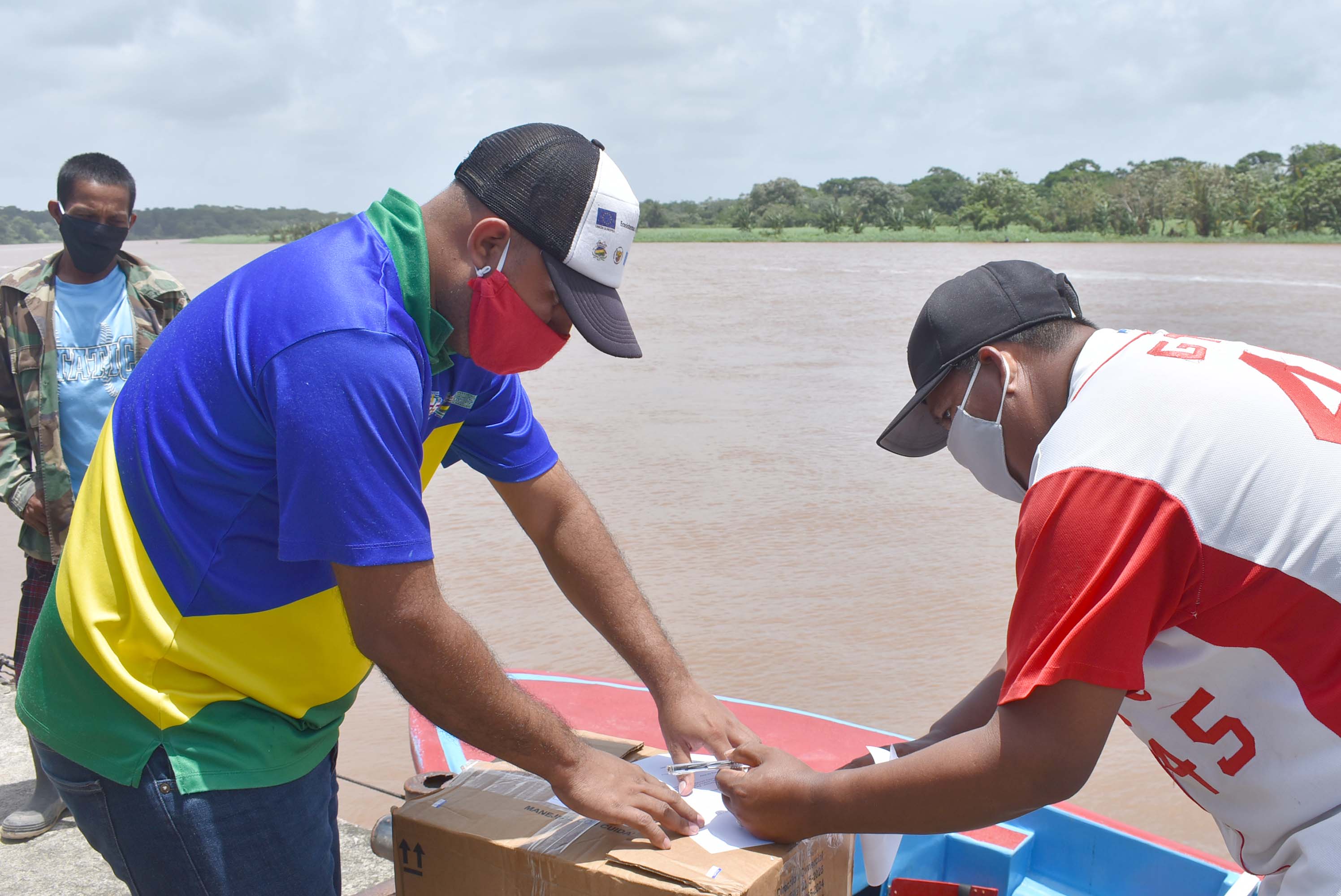 In the face of the emergence faced by the indigenous peoples of the territory of Awaltara Luphia Nani Tasbaya, as regards the COVID-19 pandemic, from its Institute of Natural Resources, Environment and Sustainable Development (IREMADES) and in conjunction with the Tapir Nicaragua project, URACCAN is in solidarity with these brothers through the donation of medical packages to prevent such virus in their communities.

The inputs were delivered to the leaders of the five communities visited: Kara, Karawala, Sandy Bay Sirpi, Wallpa and La Barra. They were donated: 230 litres of alcohol, 800 masks, as well as 2 pulse oximeters for karawala and Sandy Bay Sirpi health centers.

In this regard, the engineer Juan Mendoza, field assistant of the Tapir Nicaragua project, explained that from his instance they work "hand in hand with the territory, and at the moment they face this situation we take the initiative to support them with this donation".

This work has been implemented by the university as part of the processes of incidence in indigenous peoples; therefore, for the engineer Elvis Calero, territorial technician of IREMADES, it is "important the support that URACCAN makes with the indigenous brothers of the Awaltara territory, who are fundamental pillars in the cultural identity of the Nicaraguan Caribbean Coast".

In the same sense, the engineer Calero stated that "we continue to strengthen the accompaniment to our peoples through the humanist complementarity promoted by the university, thus hoping to reduce the current emergency in these indigenous communities".

Community expressions of the territory of Awaltara

The leaders of the different beneficiary communities thanked URACCAN for the important donation, which will be distributed to families, according to the coordinations that have been implemented in each community.

Emily Smith, the communal Wihta of Sandy Bay Sirpi, on behalf of her community said, "We thank the institute and Tapir Nicaragua for supporting us right now that we are in this pandemic crisis."

The Wihta also explained that among the actions they take in the community to deal with the pandemic is the accompaniment to the population through talks, so that they know the health media that prevent contagion.