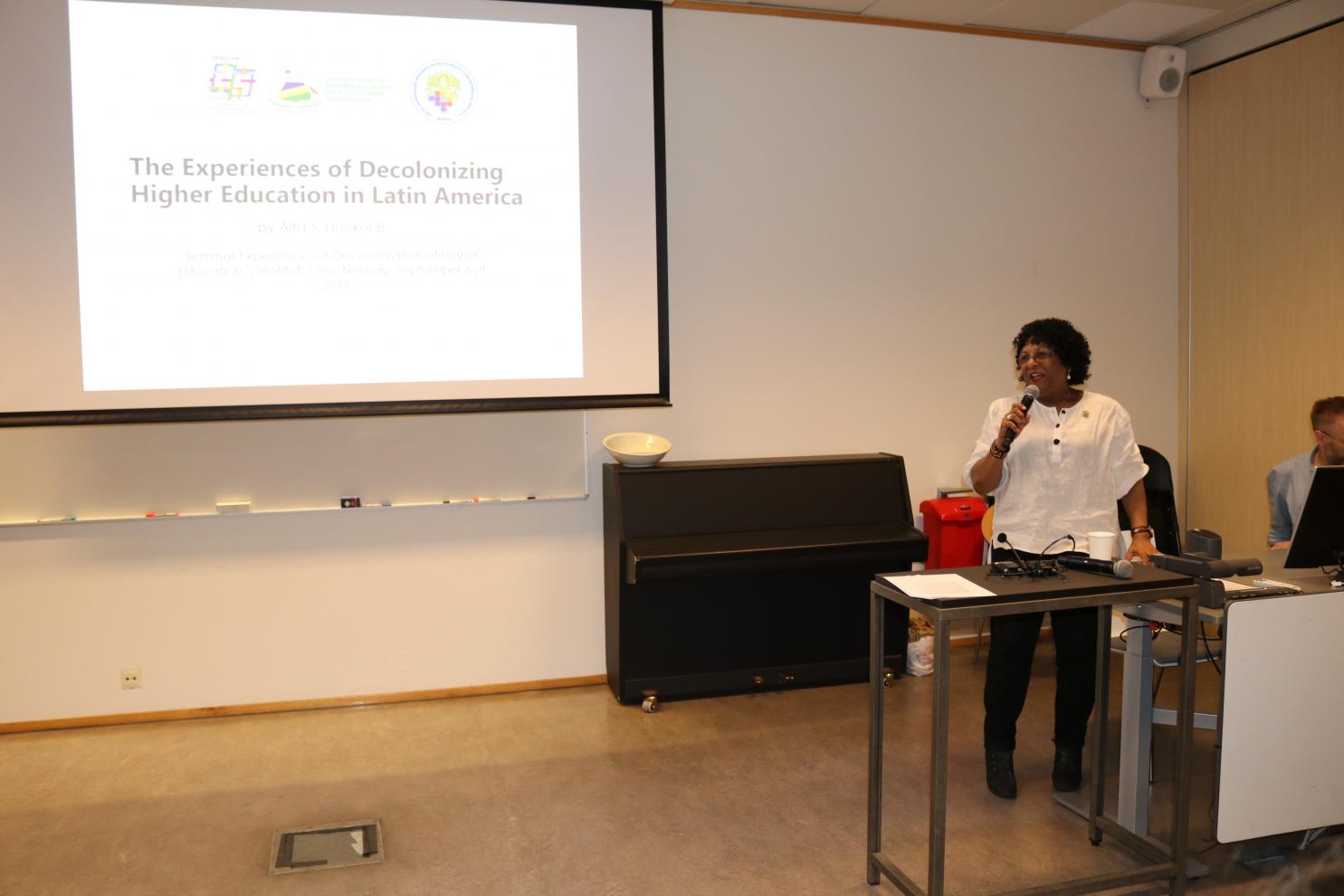 Decolonization of thought from higher education

This Thursday, September 5, the "Experiences of decolonization of higher education" seminar was launched at Oslomet University in Norway, where there were various presentations focusing on forms of decolonization from universities. In this regard, a keynote presentation was launched by Professor Goretti Nassanga, representative of Makere University, Uganda; Dr. Alta Hooker Blandford, rector of URACCAN and coordinator of RUIICAY and Mikkel Berg-Nordlie, researcher at the NIBR Institute for Urban and Regional Studies.

Dr. Alta Hooker Blandford, rector of the first Intercultural Community University of Latin America, URACCAN, and coordinator of the Network of Intercultural and Community Indigenous Universities of Abya Yala (RUIICAY) in her speech emphasized the path traveled during the 25 years of founding of URACCAN, in addition to the constant struggles of the indigenous and Afro-descendant peoples of Nicaragua " have been fighting for their own educational forms," he argued.

Similarly, he referred to the progress that has been made as indigenous and Afro-descendant peoples, mentioned the "Convention 169" and the inclusion of an autonomy law in Nicaragua's political constitution, in this regard as a Network of Universities, Hooker pointed out that they were participants last year of the Regional Conference of Higher Education (CRES 2018), where it was like the way to open the doors of a decolonization of the thinking of many universities in Latin America , intervening as the main connoisseurs of "intercultural community education", in this way "as we approached CRES we also gave ourselves that we should approach UNESCO," he said.

In addition, the rector of URACCAN stated that for two years they have been part of the Central American University Higher Council (CSUCA) and this has allowed the advancement of the issues of decolonization of higher education since URACCAN, among them are, the doctorate in Intercultural Studies that is typical of URACCAN, in addition to the realization of diplomas on interculturality to members of the National Autonomous University of Nicaragua (UNAN-Managua) and being able to have careers related to the processes of decolonization as the main case of Intercultural Medicine that maintains that direct contact with traditional doctors, Hooker argued.

To conclude, Dr. Alta Hooker mentioned that URACCAN always maintains that direct contact with Mother Earth, with nature transmitting that knowledge that strengthens the indigenous, Afro-descendant and mixed-race peoples of Nicaragua and Abya Yala.