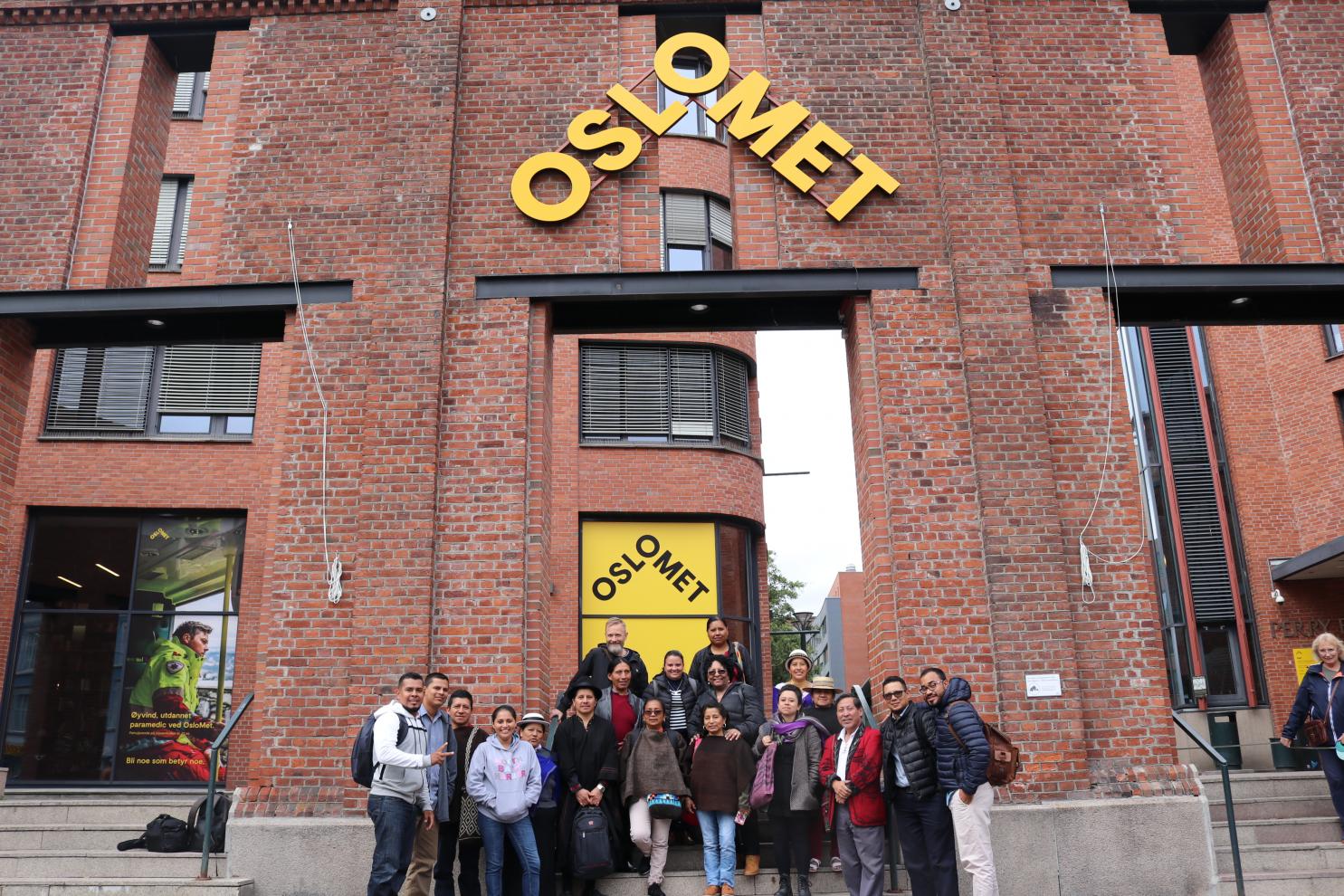 This Friday, September 6 of the current, an academic workshop was held with the members of the international master's degree in intercultural communication with a gender focus of the first and second cohort, in order to strengthen the research part from the master's programs.

In this sense, the academic meeting held at Oslo Metropolitan University in Norway was completed, in this activity discussions and dialogues of knowledge involving the research process of the Network of Indigenous, Intercultural and Community Universities of Abya Yala (RUIICAY) called Cultivation and Breeding of Wisdoms and Knowledge (CCRISAC) implemented by the University of the Autonomous Regions of the Caribbean Coast (URACCAN) , Intercultural Indigenous Autonomous University (UAIIN) and The Amawtay Wasi Multiversity of Ecuador.

Among the topics that were discussed in the workshop was the monitoring of the research that was carried out during the master's process in the two cohorts, in addition to being able to find a way to return these studies to the communities to achieve social, pedagogical and cultural change from higher education but focused from the territories.

From Colombia, Ecuador and Nicaragua, work is being made to create new spaces for dialogue between the indigenous, Afro-descendant and mixed-race territories of Abya Yala, which is why the universities immersed in RUIICAY will hold 3 workshops to pay for scientific research from ccRISAC, taught by Professor Norwegian Roy Krovel.

It should be noted that delegations were composed of teachers Edyth Dione, Ana Edy Perdomo, Lucelia Llanten, Nixon Yatacue and Jamile Nene by IAUIN-Colombia, while Amawtay Wasi was composed by Gerardo Simbaña, Manuela Cuji, Isaysi Daquilema and Luis Fernando Sarango and the URACCAN delegation was composed by Alta Hooker Blandford, as rector of the university and coordinator of RUIICAY , Letisia Castillo, academic director, José Luis Saballos, director of the area of Cooperation, Solidarity and National and International Complementarity and teachers Yulmar Montoya, Luis Reyes, Lázaro Figueroa and teacher Neylin Calderón and from the Ixil Indigenous University of Guatemala the rector Pablo Ceto.