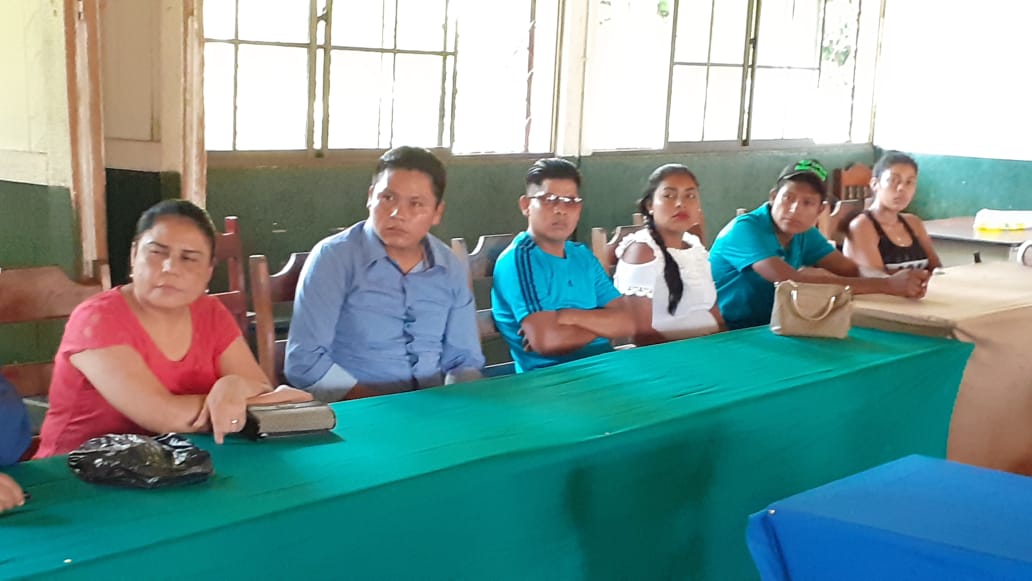 Opening of the training program

URACCAN, since its university extension in Rosita, in partnership with the Foundation for the Development of the Autonomia of the Atlantic Coast of Nicaragua (Fadcanic), inaugurated the Diploma in Territorial and Community Governance, with the participation of 35 leaders and leaders of the indigenous territories Sauni As Bas, Arungka, Prinzu Auhya Un and Prinzu Awala, in Rosita, Autonomous Region of the North Caribbean Coast.

In this sense, the Master's Degree Veronica Valdivia, coordinator of URACCAN extension Rosita welcomed the participants, explaining the contents and benefits of this training program, which has topics of great importance for the life of indigenous peoples.

"What they learn and retroactively for the social transformation that social organizations have sought so that indigenous territories contribute to this change, that they do not just stay here on these four walls, but take reality by working for the common good and good of communities," Valdivia shared with them.

For his part, Rebeca Ismael Poveda, teacher and indigenous leader Tuahka of Wasakin thanked Fadcanic and URACCAN, noting that as Indigenous Peoples know that problems are common and now that they are in diploma, he will make the most of it to serve his community, since land conflicts are in each of the territories.

Similarly, Jader Mendoza Lewis thanked URACCAN who, in its 25 years of foundation and management, has collaborated to facilitate educational and training processes in matters of autonomy and community.

On the other hand, Larry Salomon of the legal department of the communal governance program at Fadcanic, said that the diploma will be held in six thematic modules, "This is the second edition, the first was given in Bilwi which concludes in December and the second edition in Las Minas with the Territories Mayagnas Sauni as, Sauni Bas Sauni Arungka, Tuahka, Prinzu Auhya Un , Prinzu Awala, this diploma has long been his organization and call and will end in March 2020," he said.