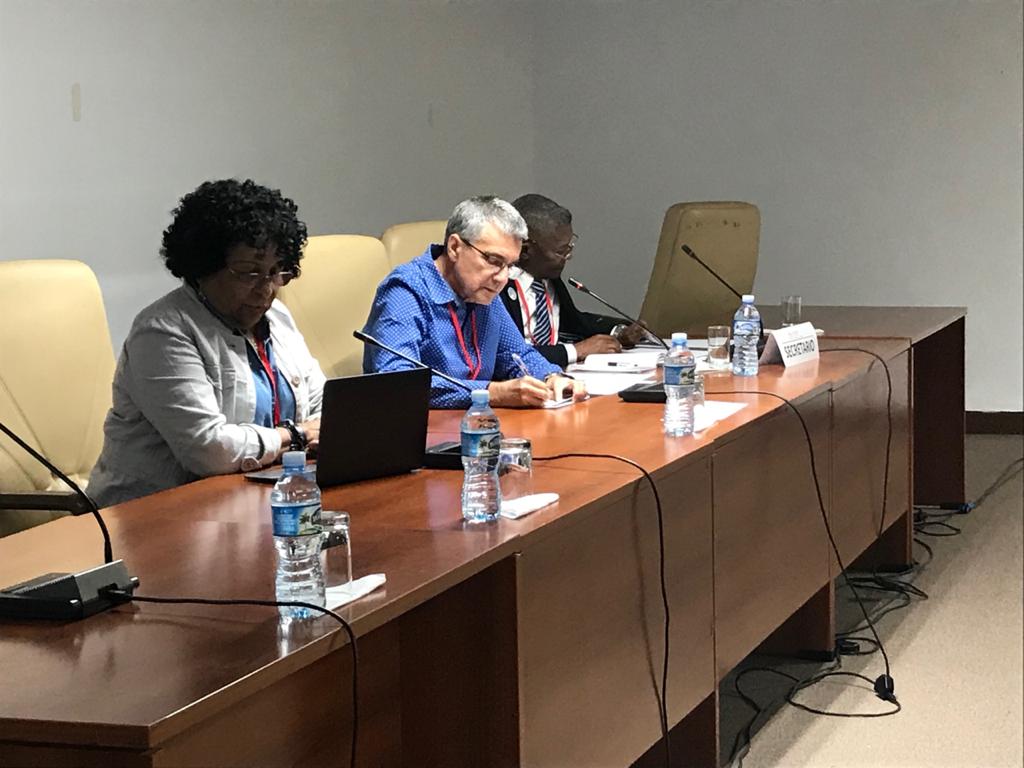 The University of the Autonomous Regions of the Nicaraguan Caribbean Coast (URACCAN) continues presentations of results of its own research during the International Congress of Higher Education "University 2020", in Havana, Cuba.

In this sense, the rector of URACCAN and Coordinator of the Network of Intercultural Indigenous Universities of Abya Yala (RUIICAY), Dr. Alta Hooker, made the presentation, "Interculturality a proposal for the sustainability development of indigenous and Afro-descendant peoples", in which she stressed that it is necessary and essential to reach the peer dialogue to put on the table the issue of development that is understood and wanted from the peoples.

Hooker's turning point is the Millennium Development Goals, the 2030 Agenda and the CRES (Regional Conference on Higher Education) 2008-2018, which have highlighted the need to advance educational processes relevant to peoples' culture, which ultimately means talking about profound transformation in higher education institutions, where stories are visible , identities, languages and spirituality of peoples.

In addition, the presentation recreated interculturality and higher education as vital processes of relationship in contexts of cultural diversity.

The research in process of the Institute of Natural Resources Environment and Sustainable Development, (IREMADAES), where researchers Carlos Downs and Donald Williams also participate.

In his dissertation Master Williamson explains that this is born from the state in which the reefs of the cays remain after the passage of Hurricane Felix in 2007 with category 5, being its objective, "To carry out an ecological assessment of the marine ecosystems of coral reefs found in the protected area Cayos Miskito Reserves".

Community researchers and researchers from the university participate in the research process and through a series of methods and techniques for which they defined different variables, which conclude that the health index of coral reefs indicate that 50% are in good to very good condition, 33% are in a position to regulate and only 17% are in a poor condition to critical and make a number of recommendations expressed in the new Management Plan of the Cayos Miskitos Biological Reserve, a community management tool for miskito Caye families as well as decision-making decision-making at the level of the Regional Government of Nicaragua's North Caribbean Coast, master Williamson concluded.

For his part, the vice-chancellor of the New Guinean Campus Eugenio López Mairena, PhD. He put into perspective the "experience of academic accompaniment in the process of training young peoples, leaders of indigenous peoples of the Pacific, Central, Northern Nicaragua", in which he demonstrates processes of training academic skills, research and accompaniment to the indigenous communities of the country.

The study was conducted in partnership with the Association of Indigenous Peoples of the Pacific, Central and Northern Nicaragua (APRODIN).In light of this partnership, the "Diploma in Community Economics, whose strength was the creation of capacities in the formulation and management of development projects, presented to local and national authorities in a process that culminated, with the elaboration of a Human Development Plan for the indigenous peoples of the Pacific, Central, Northern Nicaragua to be included in the Human Development Plan.