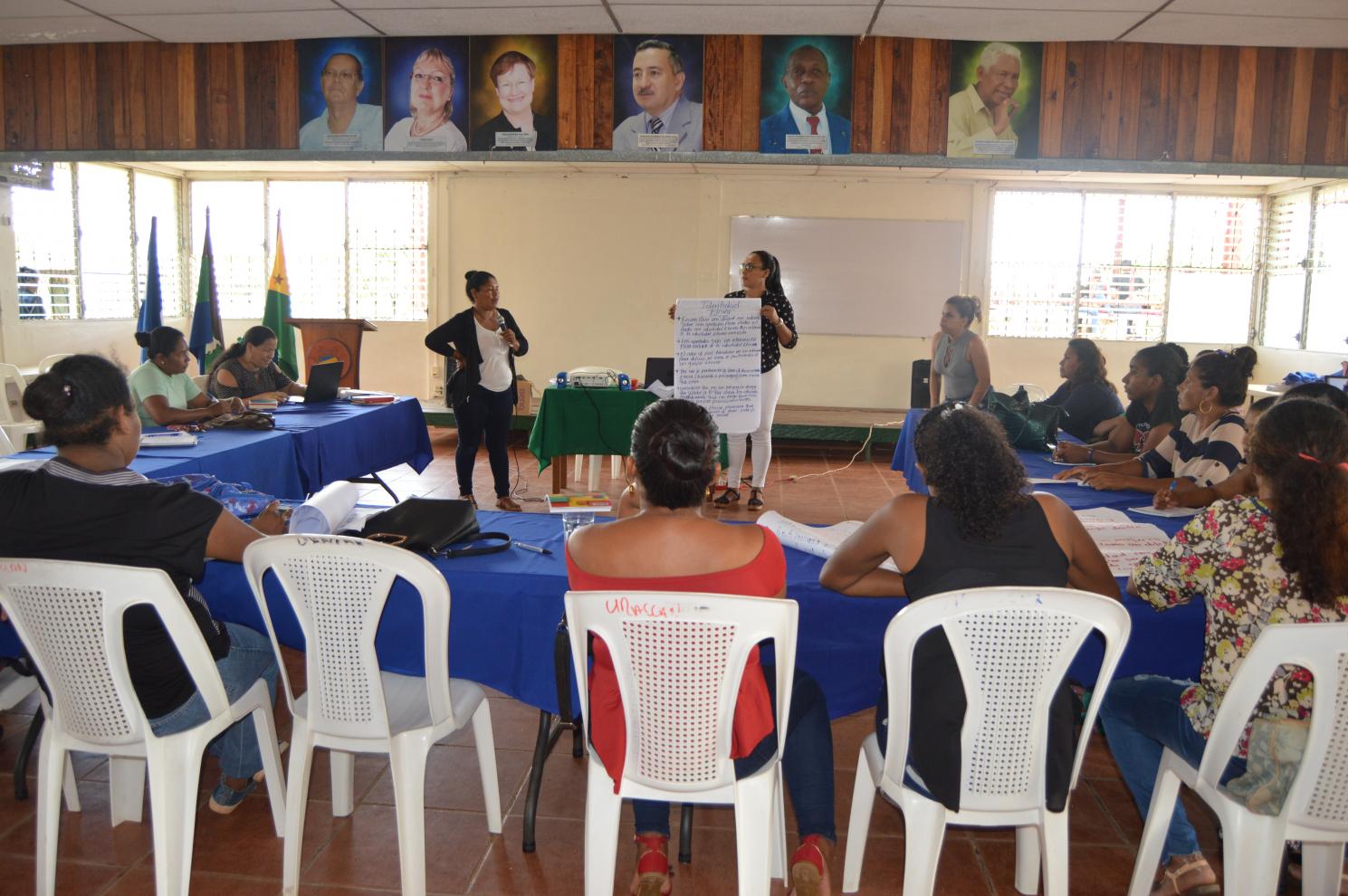 The Center for Multi-Ethnic Women's Studies and Information (CEIMM-URACCAN) held, at the URACCAN Bilwi campus, a seminar on activist debates with historically excluded groups, involving members of the diverse community, people with disabilities, women victims of violence, and indigenous and Afro-descendant men and women in Bilwi.

During the meeting, the 35 participants, including communities in Kukira and Tuapi, have held various discussions on issues related to discrimination, gender-based violence, sexual diversity rights and indigenous and Afro-descendant peoples.

According to teacher Anny Marley, coordinator of the CEIMM URACCAN Bilwi precinct, "the idea is that CEIMM creates a space for groups that from this society have been excluding to talk about their experience in relation to what are those forms of discrimination or violence they have suffered," he stressed.

Also, after discussing the different ways they have felt excluded, "between them and them they can make proposals on how to resist these structures that violate their rights and their physical, psychological integrity," Marley concluded.