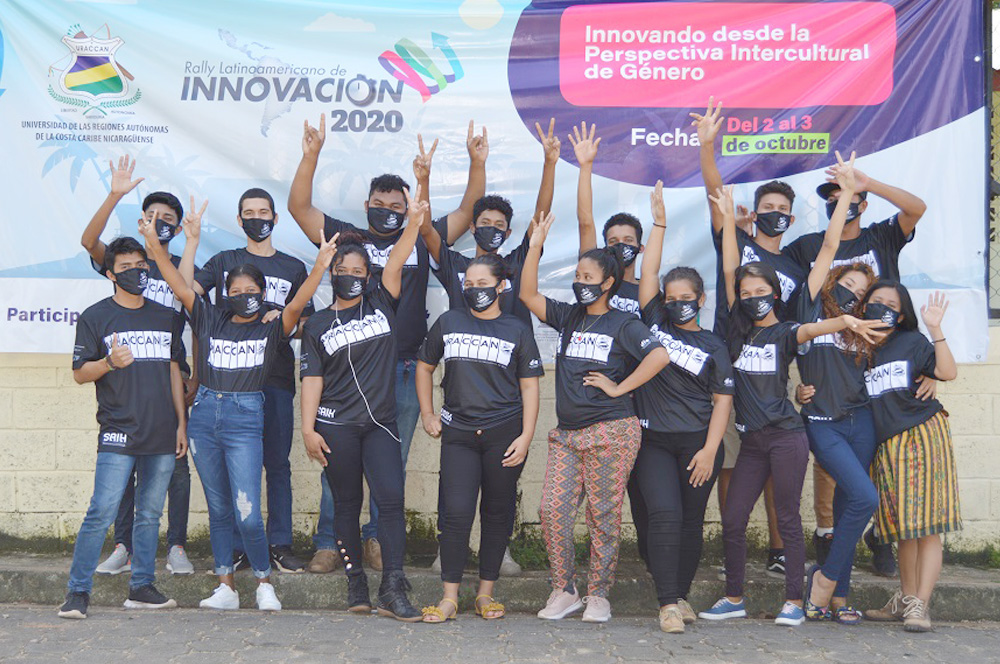 Although initially the proposal is bilingual, young people have the prospect of adapting it to the other languages of the Caribbean Coast.

They announce winning group from the venue

From 05:30 am this Friday, 02, until 01:00 on the afternoon of this Saturday, October 02 of the current, 16 young people were quoted at the Center for Intercultural Community Innovation "Slilma" to participate in the Latin American Innovation Rally 2020, from the Bilwi venue. This Saturday it was known that the winner for this venue was Team Flash Proyect, which presented a magnificent solution to the challenge exposed by the organizing committee at the Latin American level.

The group consisted of psychology students in Multicultural Contexts: Cheimy Cheiny Patterson and Ketsy Lizaira Pereira Rojas; Systems Engineering: Yader Oneal Mejía Campbell and Ian Manuel Vílchez Bidea, who proposed to make a pole with integrated sensor that will warn when a non-seer or visual impairment was in danger, as the challenge was to develop a guidance system for the visually weak and that did not require access to the Internet.

The jury was composed of Jeyson Dixón, production assistant and technical support manager of Grupo Mar Azul S.A.; Licda. Maritza Elizabeth Cordón, teacher and administrator of the National Institute of Technology; and the Licda. Violeta Irías, delegate of the Attorney General's Office for the Defense of Human Rights.

The Licda. Irías said they unanimously chose this winning group because they took into account a group of vulnerable people, who are people with disabilities. "The fact is not to have a person with a disability with one more burden on society or for families, but to create those conditions so that a person with a disability can mobilize and be able to create all those conditions in their environment and took several of the elements that this project deserves," the jury said.

Solution made by winning students

Yader Mejía said that the proposal presented was the development of a hardware system that will be a cane, "that cane will have a locally integrated GPS system, that works internally and that it will be telling its user where it is and the user can tell him – I want to go to such a place - then, the cane will guide him , you will also have a sensor that detects what is in front of the user, for example, if there is a rock, it will tell you to stop there is an obstacle," the student explained.

It should be mentioned that the map that said cane will have integrated will be bilingual, thinking in all the indigenous languages of the Caribbean Coast of Nicaragua, in addition, the Intercultural Gender Perspective was included as part of the institutional philosophy of URACCAN.