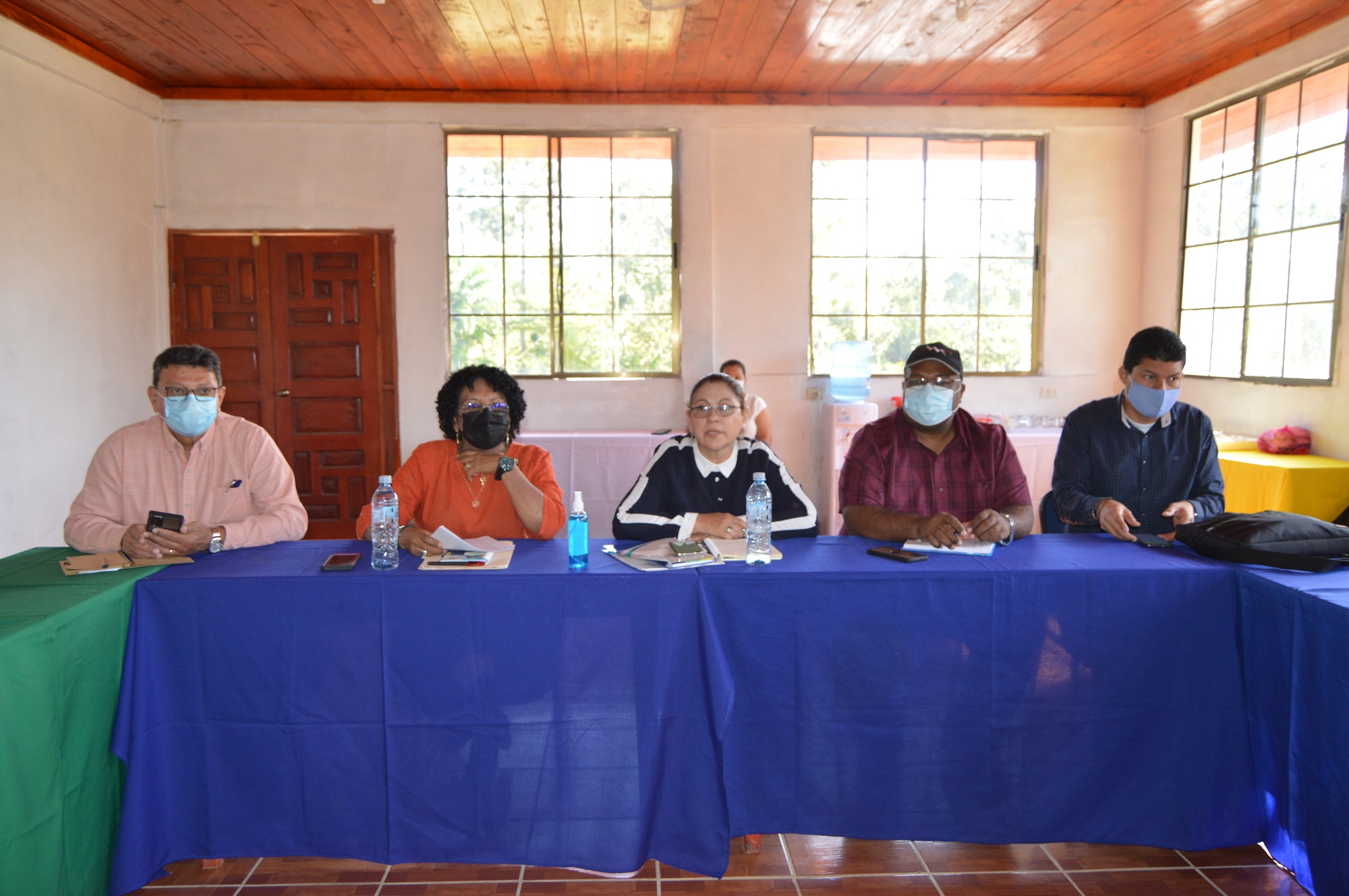 Dedicated to the Caribbean people

The National Council of Universities (UNC), held the first regular session of 2021, in URACCAN extension Waspam, dedicated to the Caribbean people, and to the anniversary of the death of the immortal poet Rubén Darío. The magnificent rector of this university, Dr. Alta Hooker, welcomed them and thanked them for their presence and support.

"For us it is an honor," Dr. Hooker said in welcoming them, further explaining that since the extension there have been diplomas in Malaria and HIV and AIDS, a master's degree in University Teaching, a bachelor's degree in Intercultural Nursing and Education Science careers, "since we opened this extension we have had 840 graduate professionals," she said.

For her part, the teacher Ramona Rodríguez Pérez, president of the UNC, stated that the session in Waspam is part of the process of union between Nicaraguan universities, "URACCAN is part of the National Council of Universities and this recognition that they have made us is for the gratitude that this Caribbean people have to the UNC", he stressed.

In addition, with the aim of joining forces between the UNC and the Autonomous Regional Governments of the North and South Caribbean Coast, a collaboration agreement was signed to develop "plans, programmes, projects and actions covering teaching, research, extension and culture, exchange between teachers, researchers, allocation of quotas and scholarships, for the access of undergraduate and graduate students from this area of the country. In addition, the organization of educational meetings, conferences, seminars, talks, workshops, among others, as well as the development of scientific research projects of mutual interest", dictates the document.

According to the PRESIDENT of the UNC, this convention will reinforce interaction with the Caribbean peoples, "we are in a process of rething Nicaraguan Higher Education, where it is not an obstacle for us to be on all four walls, but that we do education anywhere, anywhere, but also making the model of education for all, and all of us a reality" Explained.

For its part, the MSc. Carlos Alemán, coordinator of the Regional Government of the North Caribbean Coast, assured that this agreement is of great importance because it is the opportunity to strengthen relations with universities, "working in research jointly with universities on elements that we want to deepen in this knowledge that is on the coast but are not systematized", concluded German.