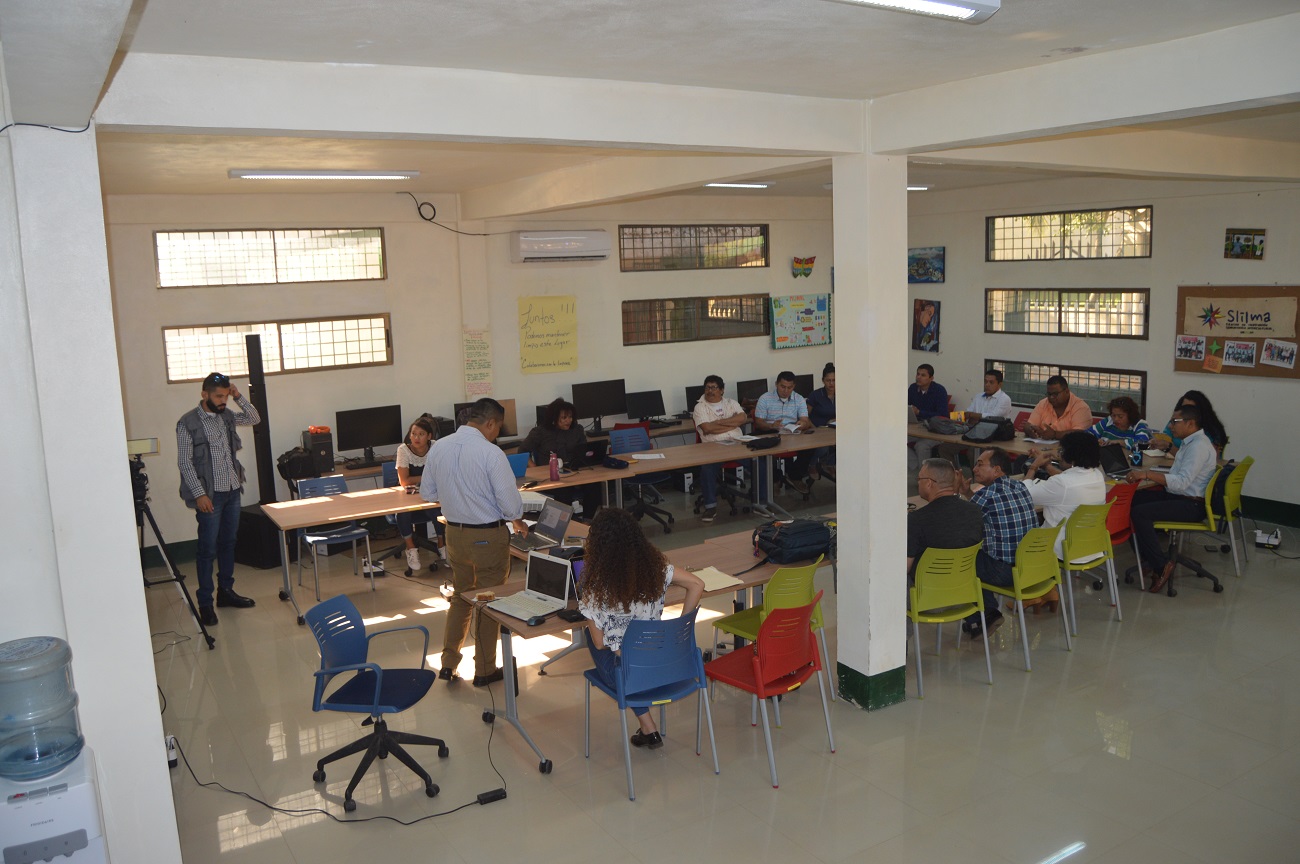 Continuity of the Articulation Workshop with the communication team

In this activity, collective commitments were proposed, as well as the interaction of the team to obtain greater knowledge capacity, knowledge and practices from intercultural communication, this "with the purpose of collecting the substantial elements of the mystical work in synergy, learning and concertation", as stated by the master's degree Yuri Zapata, vice-chancellor general of URACCAN.

Similarly, the Gilberto Artola master's degree, director of Radio URACCAN Siuna made the presentation of the Editorial Line of Intercultural Communication, document that once approved in the University Council of URACCAN (CUU), the communicators will have to be guided by it for the realization of their informative notes.

In addition, the Regulations of the university's communication laboratories were unveiled, as well as the communication plan for the self-sustainability of the Intercultural Community Channel, Channel 5 and its operation, among other points.