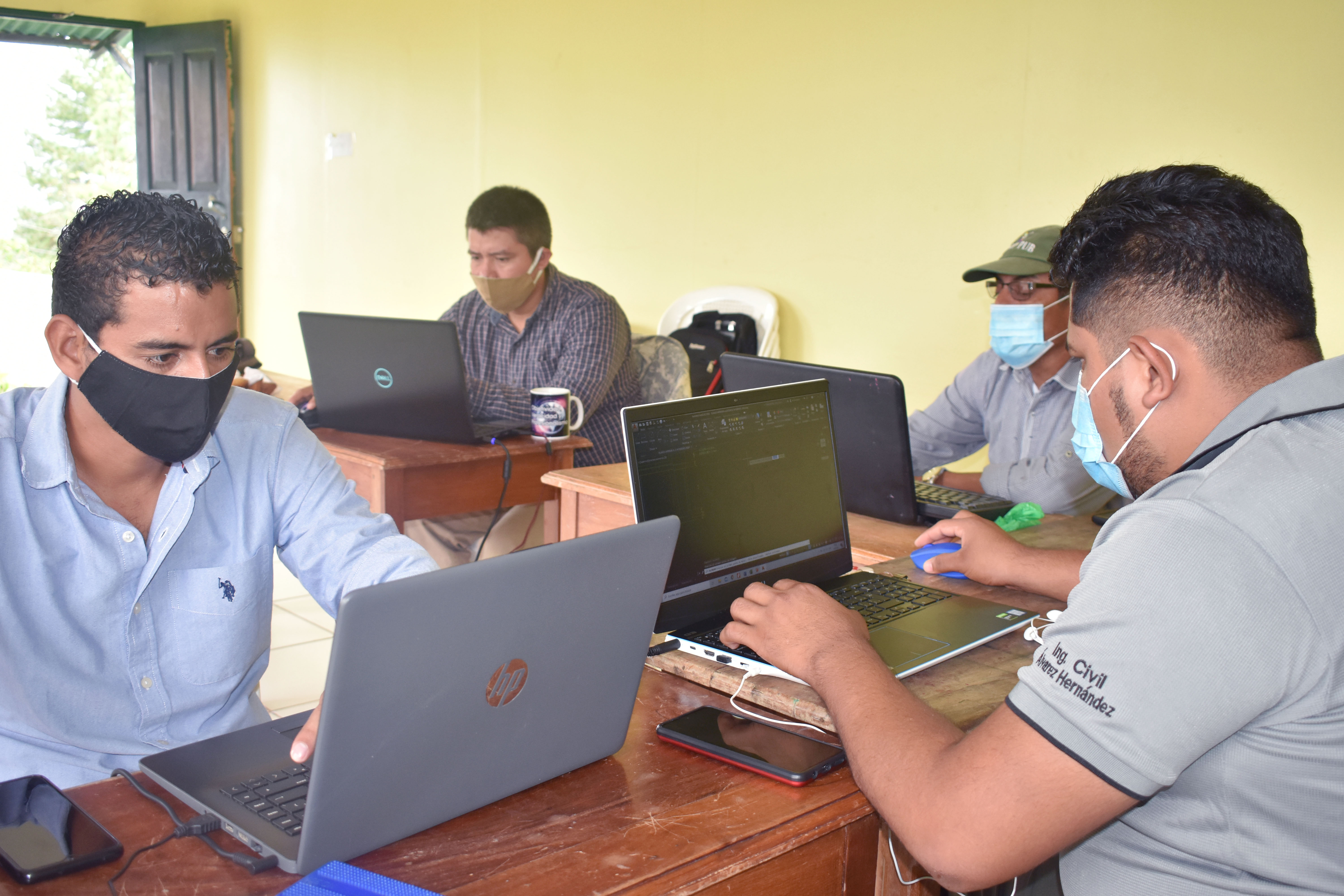 The civil engineers who make up the URACCAN commission thoroughly review the construction projects.

These projects are carried out thanks to the management of Rectory, from the area of External Cooperation.

A URACCAN commission, made up of civil engineers, works on the review of construction projects carried out on the Bluefields site, including: the auditorium, Aunt Irene restaurant and a new project of a two-storey office building. All these development processes are carried out thanks to the management of Rectory, from the area of External Cooperation.

Led by Ing. Yelzin Alvarez, Infrastructure Coordinator of URACCAN, the team carefully reviews details in the formulation of plans, budgets and schedule of works related to the construction projects executed.

In this regard, Alvarez points out that as a commission "we are resuming and streamlining the process of the work of the auditorium; with the formulation of all the documentation and we will move on to the selection of staff, through the contractor contest to start the construction".

Major projects on the Bluefields campus

In the same sense, the engineer Alvarez stated that "Bluefields is one of the venues where the greatest investment in infrastructure is being made, in order to improve the facilities".

Among the important works being projected from Rectory is the auditorium project, which bets on being a reference in the culture of indigenous, mixed and Afro-descendant peoples on Nicaragua's Caribbean Coast.

The coordinator also noted that "the infrastructure works that have been being worked on this year in the territory are the advances of the restaurant Tía Irene, which started with the demolition in February, and currently the improvements and advances are remarkable".

In addition, Alvarez continues to explain, "work in the second stage of this important construction, improve the conditions of the hotel, and terminate the work for its inauguration and operation, offering attention to the population".

With a forward-looking and the purpose of increasing infrastructure processes in the four campuses and extensions of the university, the commission of engineers will be coordinating a general visit in the territories and contributing to a master plan for upcoming projects.