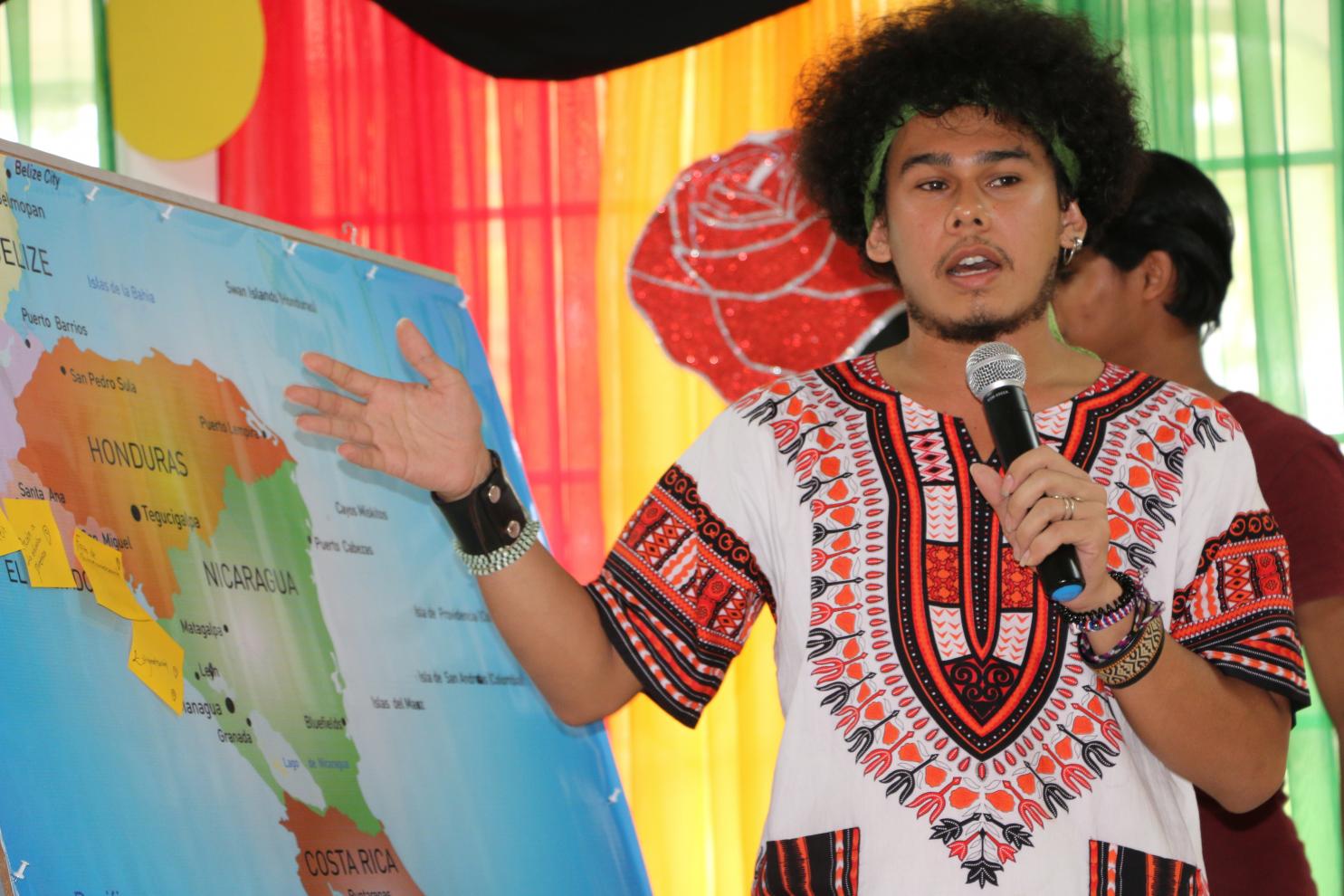 As part of the activities carried out in the framework of the celebration of the XV Meeting of African Youth Central America and Diaspora, which takes place at URACCAN University, Bluefields campus, a dynamic was held on the main difficulties of Afro youth in Central America, identified through a collaborative problem identification map.

Master Tania Rossman, Program Officer of URACCAN, said that the map "is a tool that was initially invented in Europe, for the construction of maps, that is, people who knew some places where there was something representative and easy to identify, they were marking it and thus the maps were built. With the theme of innovation we have been modifying it and it has been implemented in URACCAN university campuses with specific topics, such as different types of violence, this map allows to collect and validate information quickly," he explained.

As part of the dynamic, participants were divided into groups, by each country, in order to identify the problems they are experiencing as young people in each country. As a result of this group dynamic, it was identified that in all countries the problems are similar, since everyone, in one way or another, has suffered discrimination in education, health and work or only simply because they are Afro-descendants and not have the traits.

Finally, Rossman invited participants to bring these learnings to their countries and territories, so that new opinions and meetings can be created, so that problems can be identified and proposals for solutions can be made in each territory.