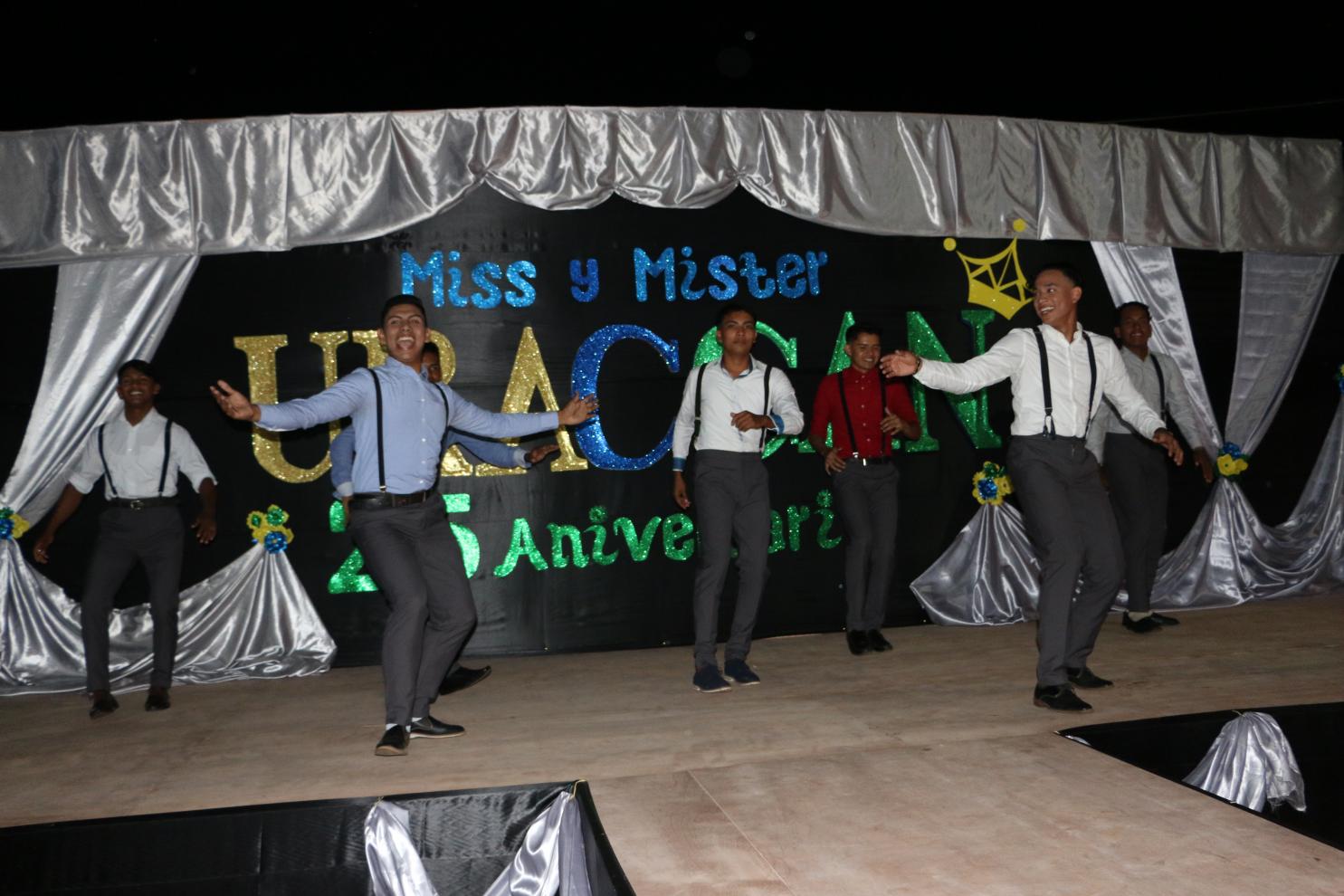 URACCAN celebrates its XXV Anniversary of contributions to Regional Autonomy and Intercultural Higher Education on the Caribbean Coast, through various activities, in this sense, in the Bilwi venue, the celebration of Miss and Miss URACCAN was held, as part of the festivities prior to the celebration of the anniversary.

This activity takes place every year at the university, with a touch of fervor, full of joy and rejoicing by the entire university community and town of Bilwi, who, at the beginning of the event, accompanied by candles and lights, sang the mornings to the First Intercultural Community University in Latin America, URACCAN.

This contest is proposed as a space where talents, principles and values are promoted; reflected in respect, responsibility, communication, unity, humility, and tolerance, promoting culture through the recreation of multiculturalism that characterizes Nicaragua's Caribbean Coast.

Also, during the event, various and varied dances were presented by the URACCAN dance groups of the venue, the URACCAN Leadership School and Caribbean Rhythm. Similarly, the Artist of Buenos Aires, Eri Manuel Quant and the musical group Caribbean Boys delighted with songs of their own, who were responsible for putting that costly and rogue flavor to this celebration.

In addition, each candidate presented various costumes, including the cultural one, which sought to project the worldview, customs and traditions typical of the peoples of nicaragua's Caribbean Coast, as well as paraded in professional, bathing and gala costumes, and danced to the rhythm of Nicaragua's own music.

The Phd. Enrique Cordón, vice-chancellor of the URACCAN Bilwi venue, welcomed those present, who excitedly played drums, rumbling with mortars, fireworks, sounds of vuvuzelas and cries of animation throughout the activity, "25 years ago this university was born and emerged and has walked during those 25 years as if they have been worked and built a hundred years of work," he said.

"This university is the daughter of Autonomy, Regional Autonomy is the decision of this people to define how we want to live and how we want to project our good living and our future and without students and without professionals can not be possible," Cordón added.

In this sense, the qualifying jury made up of master Yulmar Montoya, teacher Ivonne McLean and teacher Heydi Guillen, presented the results, choosing Miss Social Networks, being the winner of Miss Kendy Yaraseth Molina and as Myster Social Networks the young Alex Vladimir Fernandez, similarly the winners of Miss and Míster photogenic were Miss Silgia Irene Valle and the young Christopher Alexander Vans Washington. 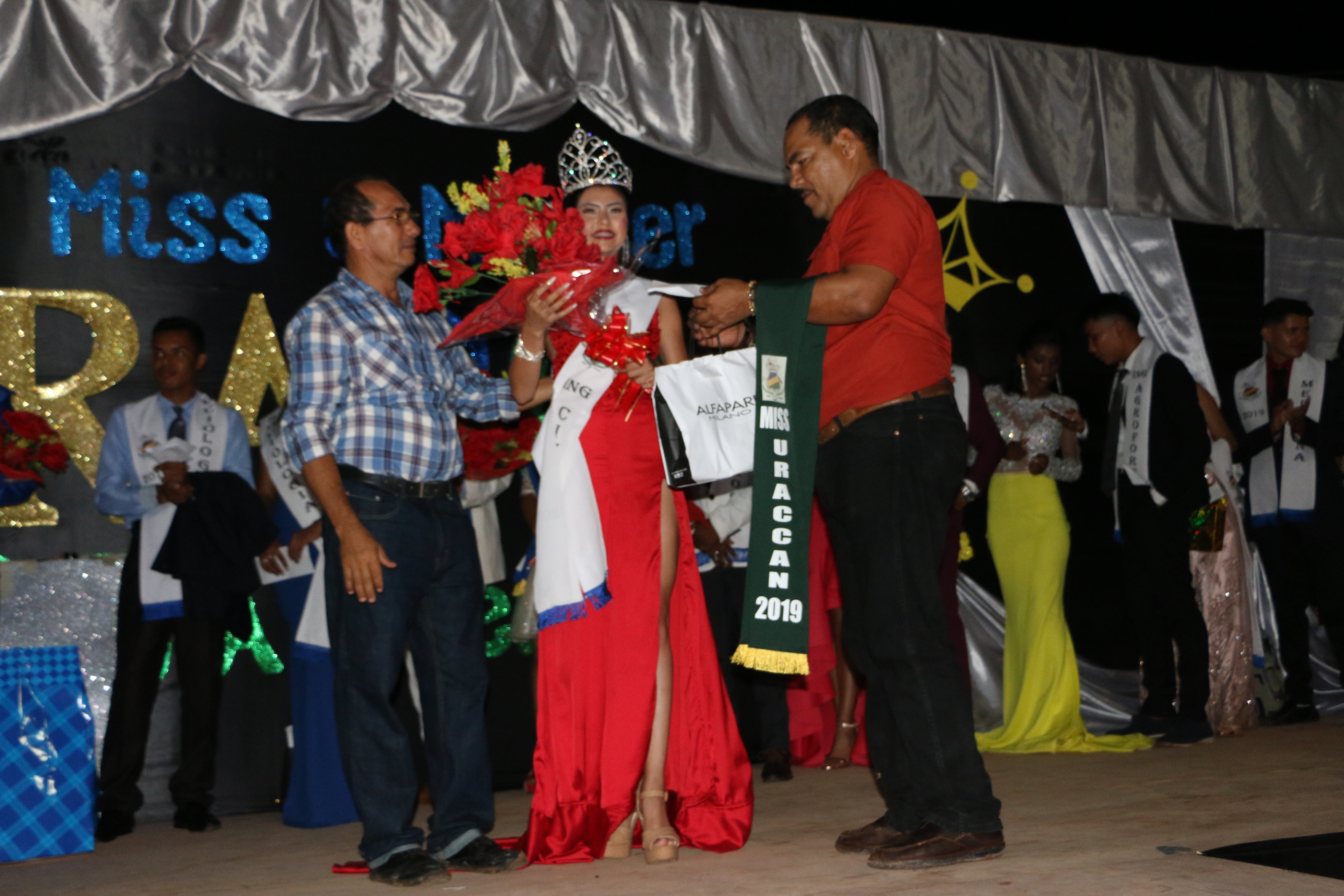 Also, the winners of Miss and Mister Intercultural Citizenship belonged to the representatives of the Engineering in Systems career, the young Anielka Lisbeth Altamirano Sánchez and the young Carlos Daniel López Centeno, and the best bar corresponded to the sociology team with mention in Autonomy and Cultural Management.

In the women's category, it turned out as first runner-up Miss Junieska Liseth Third, of the career of Intercultural Medicine, the second runner-up was the young Jennifer Ashanti Bryan Diaz and the new miss URACCAN Bilwi enclosure is Miss Silgia Irene Valle Torres, representative of the civil engineering career.